"He went from being this happy, healthy, go lucky person to being hospitalized on a ventilator to later getting a call to say he was gone." 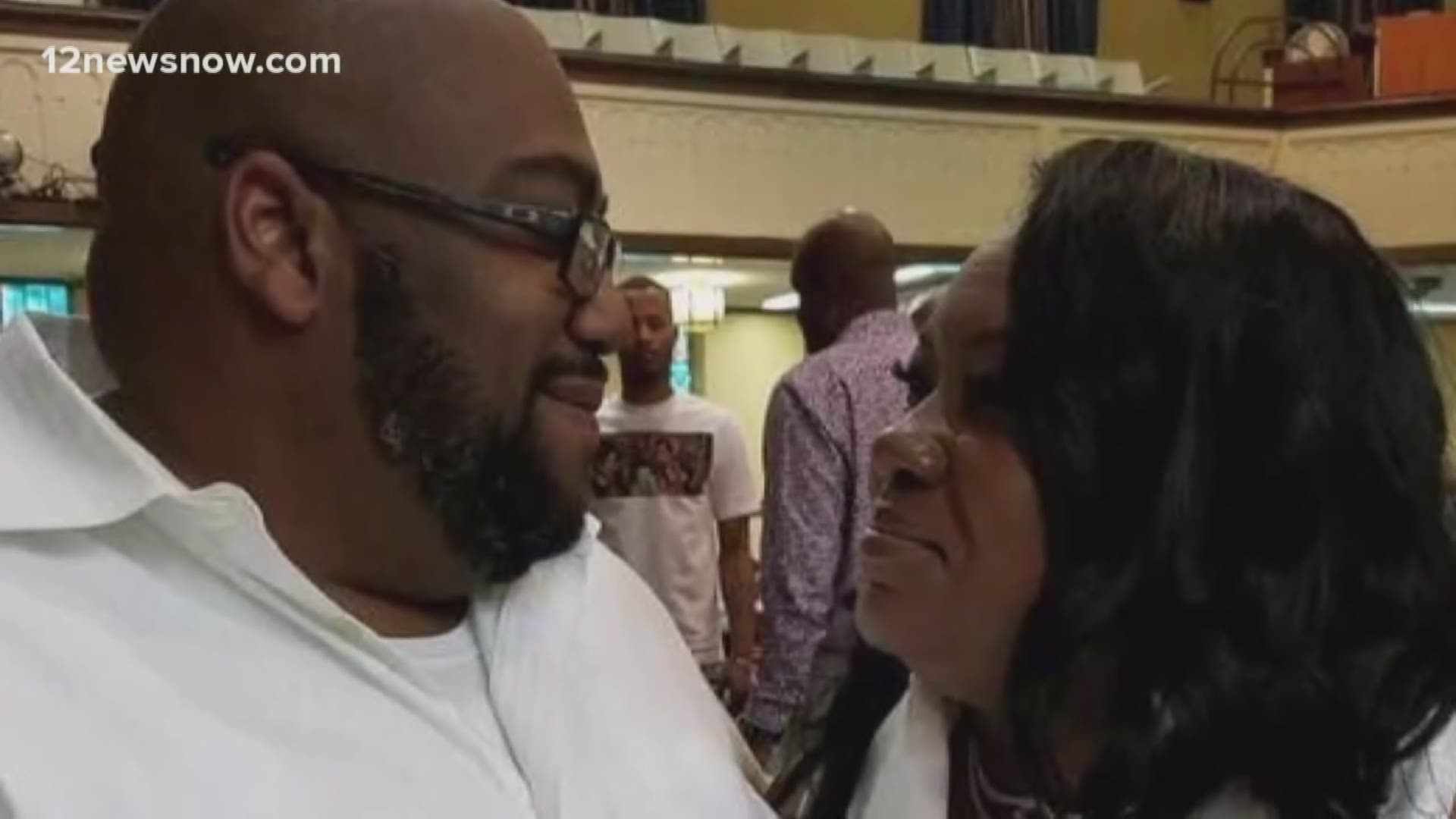 BEAUMONT, Texas — One Southeast Texas family is still mourning the loss of a beloved father, pastor and friend after he lost his battle with COVID-19 on Easter Sunday.

Christopher Segura is one of nearly 2,500 Texans to die due to COVID-19 complications.

Meagan Byrd, his stepdaughter, says it's so important to continue practicing those extra measures with cases on the rise and businesses reopening.

"He was nothing short of amazing," Byrd said.

Not a day has passed that Meagan Byrd doesn't miss her step dad.

"If I had the chance to tell him anything again, the first thing would be to tell him that I loved him," Byrd said.

In April, 44-year-old Segura lost his battle with COVID-19, on a day when families usually come together to celebrate.

"That Easter Sunday, it changed my life," Byrd said.

At the time, hospitals weren't allowing visitors inside. The family found out he had died over a phone call.

Byrd says the hardest part was not being able to say goodbye.

The virus changed her life forever, and she says it happened quickly.

"He went from being this happy, healthy, go lucky person to being hospitalized on a ventilator to later getting a call to say he was gone," Byrd said.

Things have been different since that Sunday. Now, Byrd takes the extra precautions seriously, and urges other to do the same.

RELATED: Beaumont doctor applauds Jefferson County face mask order; 'We all have to buy into it'

"I don't think a lot of people took it serious, including myself, until it hit home," Byrd said.

Because of the limit on gatherings, the family wasn't able to have a proper funeral. She says there were only about 10 people there, not even a fraction of those who loved and cared for Segura.

"It was hard that not only for us, but that his family and friends couldn't even give him a proper goodbye," Byrd said.

Now, more than ever, she says everyone should take the sickness seriously, and not wait until it effects one of your own.

'"Just do what you can to be safe because it's not easy to lose someone that's close to you at a time like this," Byrd said.

Shortly after Segura died, Byrd says her mother also tested positive. Thankfully, she is in good health now, but wants to remind everyone to continue practicing those extra life-saving measures.

Texas bar owners protest the shutting down of bars by Gov. Abbott