"The only way to be successful is if we work together." 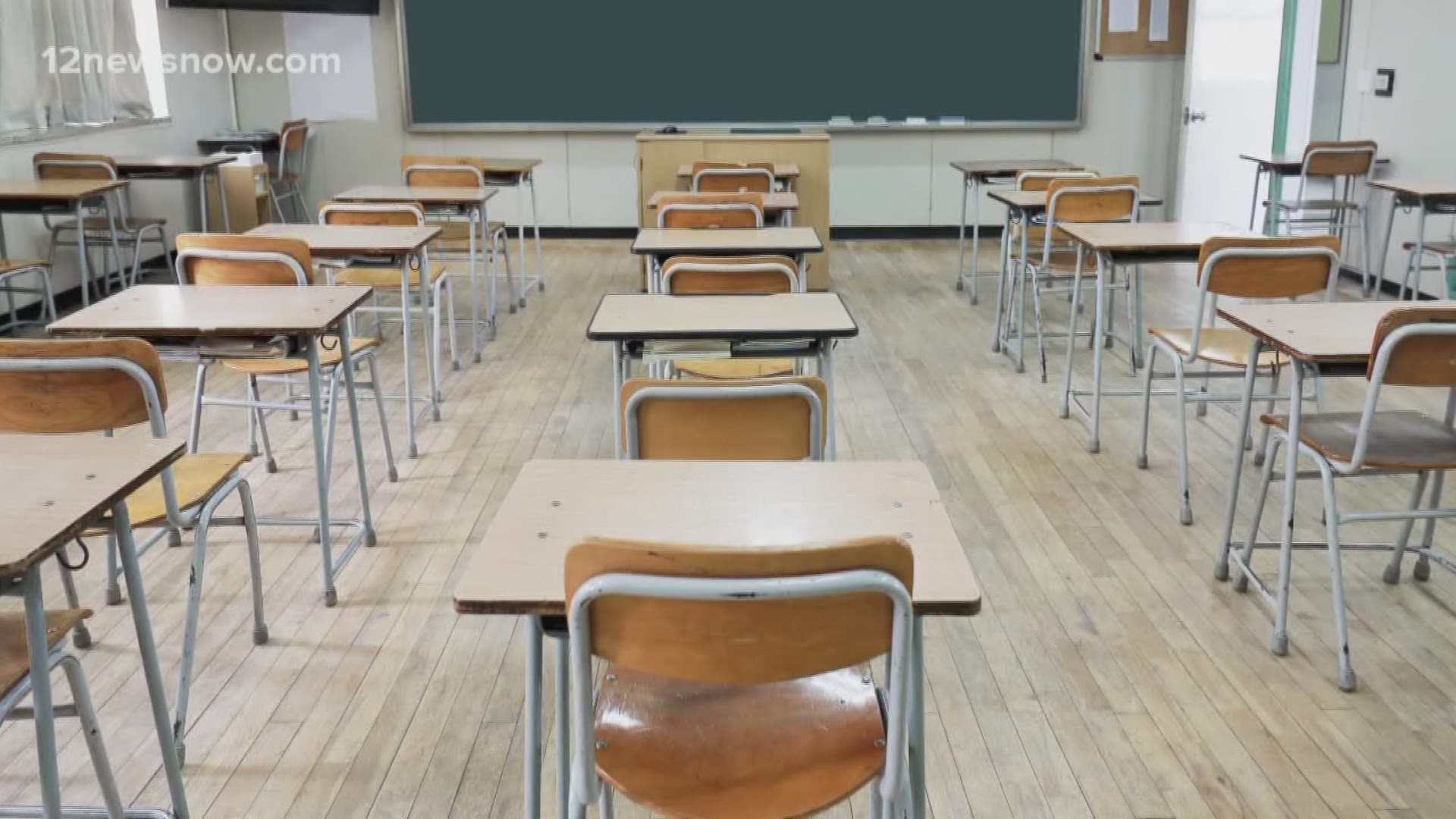 BEAUMONT, Texas — There are a lot of factors that need consideration when returning to the classroom in the midst of a pandemic.

That's why many parents and educators are conflicted about whether to go back.

Beaumont pediatrician Ramona Ataya-Dakour continues to stress that the measures the community takes now will decide how reopening school will go.

"What we do now is going to dictate how successful we are when schools open," Ataya-Dakour said.

As a mother of two young kids, even she's torn.

"I'm very conflicted, every day I change my mind. As of now I'd keep them home simply because if there is an outbreak I would have nowhere to send my kids," Ataya-Dakour said.

Other parents, like Pastor Kenneth Bean Jr. say their minds are made up.

"I really don't see where they can be making decisions to bring these children back. Until we get back to some normalcy, my children are going to remain safe in the confines of their home," Bean Jr. said.

RELATED: TEA says it will ensure remote instruction is available to all; masks to be required at schools

It includes giving kids the option to participate in remote learning.

Kids will have to stick with whatever decision parents made for at least 6 weeks.

The TEA also says everyone will be screened before entering campus. They'll also be required to wear a mask if Gov. Greg Abbott's mandate is still in place.

RELATED: Abbott on schools starting back up in the fall: 'We will need to be flexible'

Districts can also choose to phase-in for the start of the school year.

For younger students, Dr. Ataya-Dakour says following the rules might just be too difficult.

"I'm not going to lie, I know it's hard and I don't even think it's possible for kids of elementary school age to socially distance and keep their hands to themselves," she said.

President Trump made it clear on Tuesday that he wants schools open in the fall.

"We don't want people to make political statements or do it for political reasons and think it's going to be good for them politically, so schools they keep the schools closed...no way. We're very much going to put pressure on governors and everybody else to open the schools," Trump said.

Dr. Ataya-Dakour says the top priority should be to reduce the number of COVID-19 cases.

"The only way to be successful is if we work together; social distance, wear a mask, wash your hands. Take it seriously," she said.

Beaumont ISD plans to hold a meeting about reopening at the district's board room on Thursday, July 16, at 6 p.m.