Southeast Texas bars must close, businesses rolling back to 50% capacity after week of high COVID-19 hospitalizations

The state considers the high hospitalization rate to be over 15% of patients with the coronavirus. 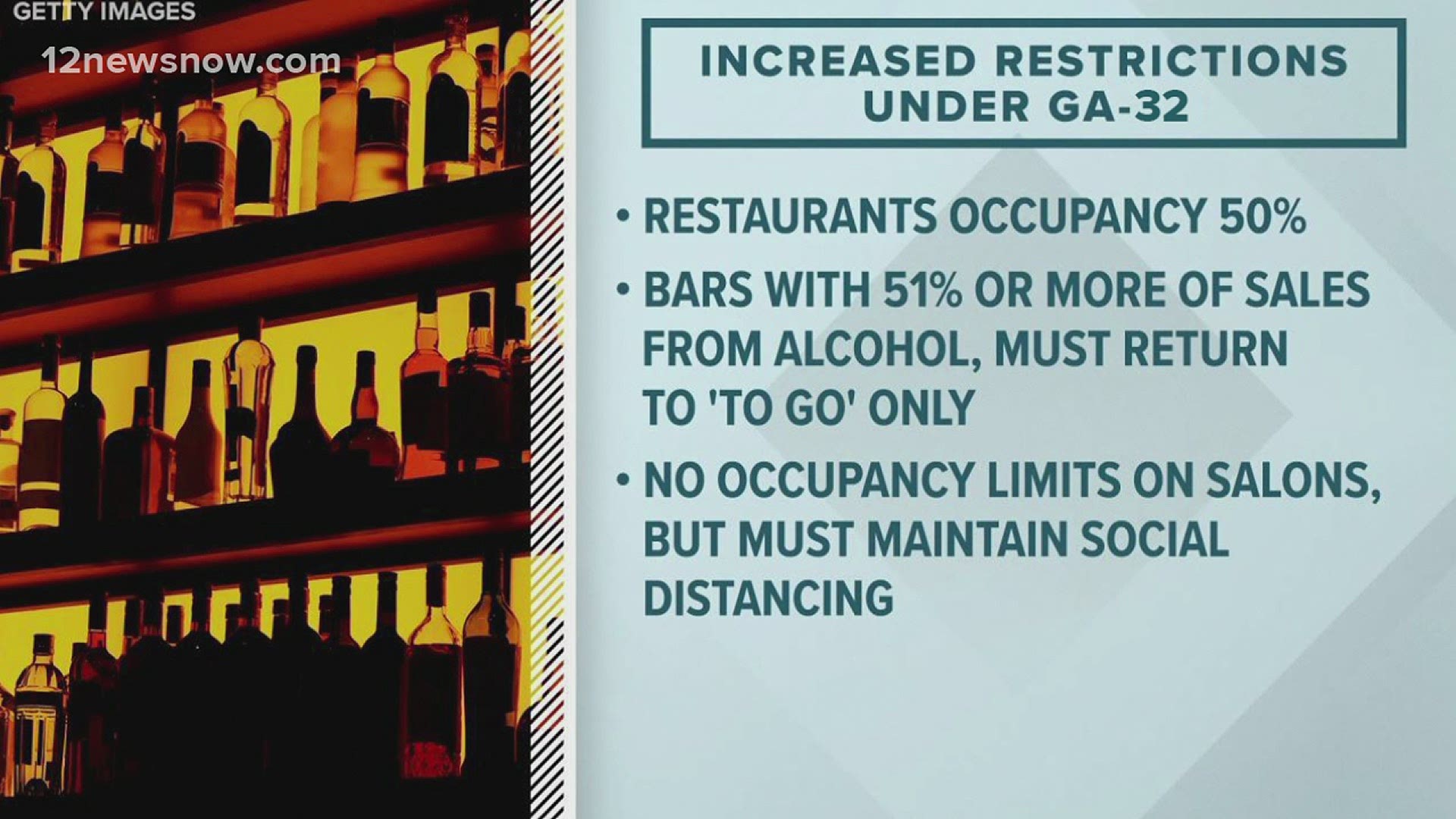 BEAUMONT, Texas — Southeast Texans can expect shorter lines at the grocery stores and less people in restaurants as both are scaling back to 50% capacity. Bars that haven't reclassified as a restaurant will have to close.

This is all because of an increase in our hospitalizations.

Bars are having to close for the third time this year only a few months after re-opening.

Other businesses will have to go back to operating at 50% starting Tuesday.

The Texas Department of State Health Services sent a letter to county judges in Southeast Texas Monday saying COVID-19 hospitalization rates have been over 15% for the last seven days.

That means it's time to scale back.

A Beaumont doctor says he's disappointed that we got to this point.

“With all the information we've had over the past several months in terms of how to flatten the curve, we should know better and it's disappointing that we're sliding backwards,” says Dr. Msonthi Levine

In the past week our lowest hospitalization rate of COPVID-19 patients was 17.88% with the highest – hitting nearly 40% according to data from the state’s online dashboard.

Beaumont’s Dr. Levine and other health officials warned of winter surge especially with gatherings that come with the holidays.

“We expected the cases to go up. It's hard to fight human behavior and it's disappointing because it's almost like we're starting over to a certain degree,” Dr. Levine said on Monday.

In order for the area to return to where they were at (allowing elective surgeries and businesses operating at 75%) they'll need to log seven consecutive days with less than 15% of their hospital capacity being COVID-19 patients.

The letter informed officials that based on the criteria of Governor Greg Abbott’s executive order GA-32, issued on October 7, 2020, areas of high hospitalization are defined as…

Hospitals must cancel elective surgeries and bars will have to shut down and return to to-go only.

Other businesses must scale back to 50 percent capacity.

This excludes hair and nail salons. They can continue operating at 75 percent capacity, but must follow social distancing guidelines.

No one wants businesses to suffer but Southeast Texas leaders say health and safety will always be a priority. In the meantime, officials ask that we stay vigilant.

“We'll be in this into deep next year until we see a big, big downturn of these cases especially if we don't wear our masks, so I'm disappointed,” Dr. Levine told 12News.

Counties can ask for an exemption and, of granted, continue to operate at 75% if the county has fewer than 30 cases reported over the last 14 days.

Hardin county judge Wayne McDaniel says he'll be requesting a waiver from the state to exclude Hardin county businesses from the rollbacks. He says contact tracing investigations do no support the need to reduce their capacities.

Currently only Newton County has reported less than 30 cases in the last 14 days according to data from the state. 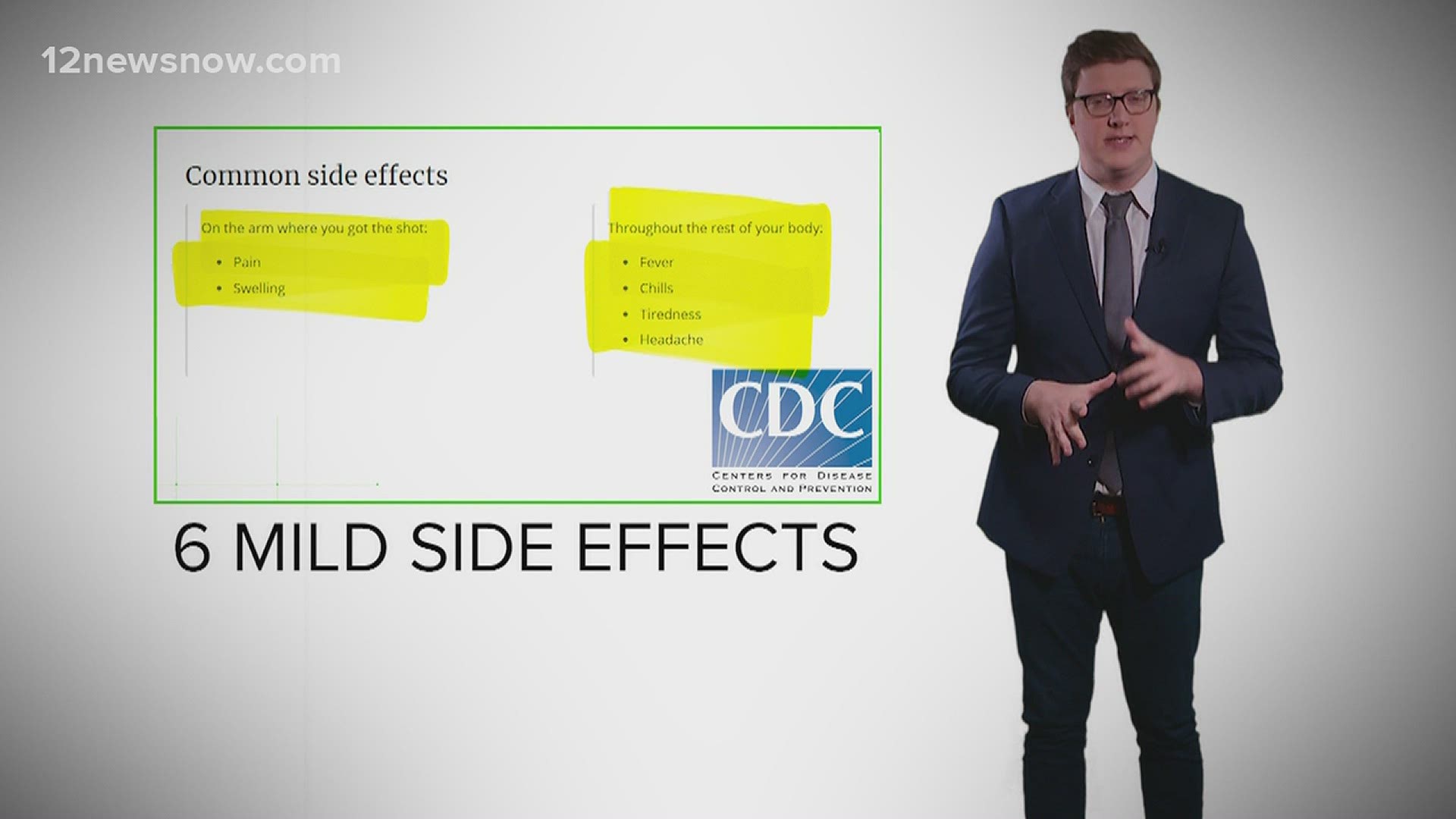