The drive-thru testing at Jack Brooks Airport and the other location in Silsbee are not seeing patients. 12News investigates looked into how closure impact testing. 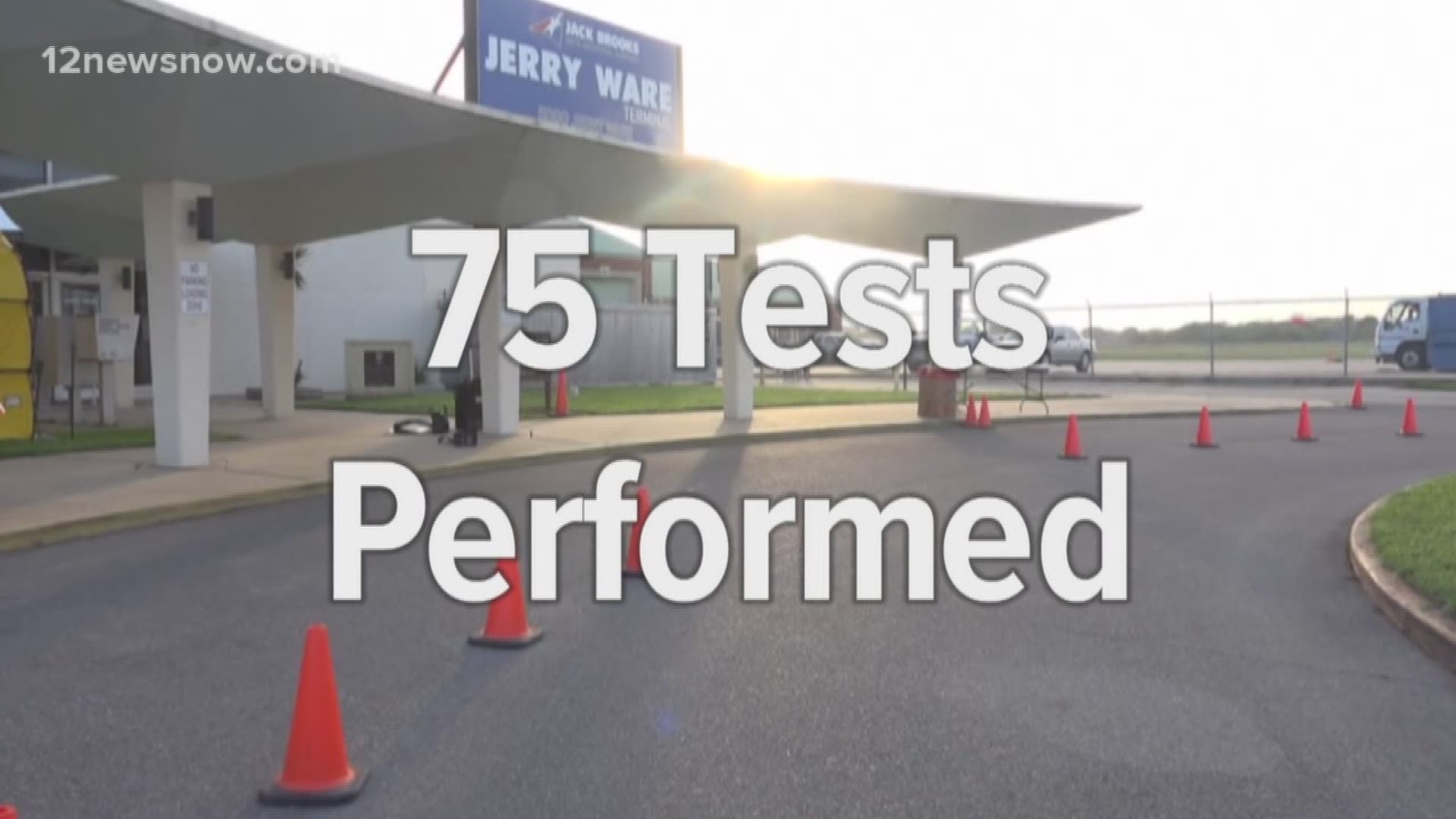 JEFFERSON COUNTY, Texas — The final day for two of the county-run coronavirus testing facilities was Friday.

The drive-thru testing at Jack Brooks Airport and the other location in Silsbee are no longer seeing patients. 12News investigates looked into how these closures may impact future testing.

Governor Greg Abbott said testing still plays a major role in his re-opening plan, and Texas is lagging behind other states when it comes to testing the population. But according to our local leaders, the testing sites are out there, people just need to follow through.

"Don't think because people are no-shows that we are going to quit testing," Mayor Becky Ames said.

No-shows are one of the main reasons the county-run testing sites are closing. Judge Jeff Branick said on average, four to 10 people missed their county-scheduled appointments each day over the past few weeks.

Now the responsibility falls to city and municipal leaders to connect people to a testing site.

"We are going to make sure that everyone that needs or wants to be tested can," Mayor Ames said.

The City of Beaumont has partnered with AFC Urgent care. Here's who they said should get tested.

"People that are symptomatic or have been around someone who is positive or symptomatic, those are the patients that need to be tested," nurse practitioner Chad LaPray said.

This is an important message since data from the Texas Department of State Health Services shows Texas continues to lag behind almost all other states in testing.

Testing will remain a priority as Governor Abbott is expected to address Phase 2 of reopening as early as next week.

Trump fires another watchdog, this time at State Department