Queen Creek School District says seven teachers have chosen to resign because of the board’s decision to open up classrooms Monday, against state recommendations. 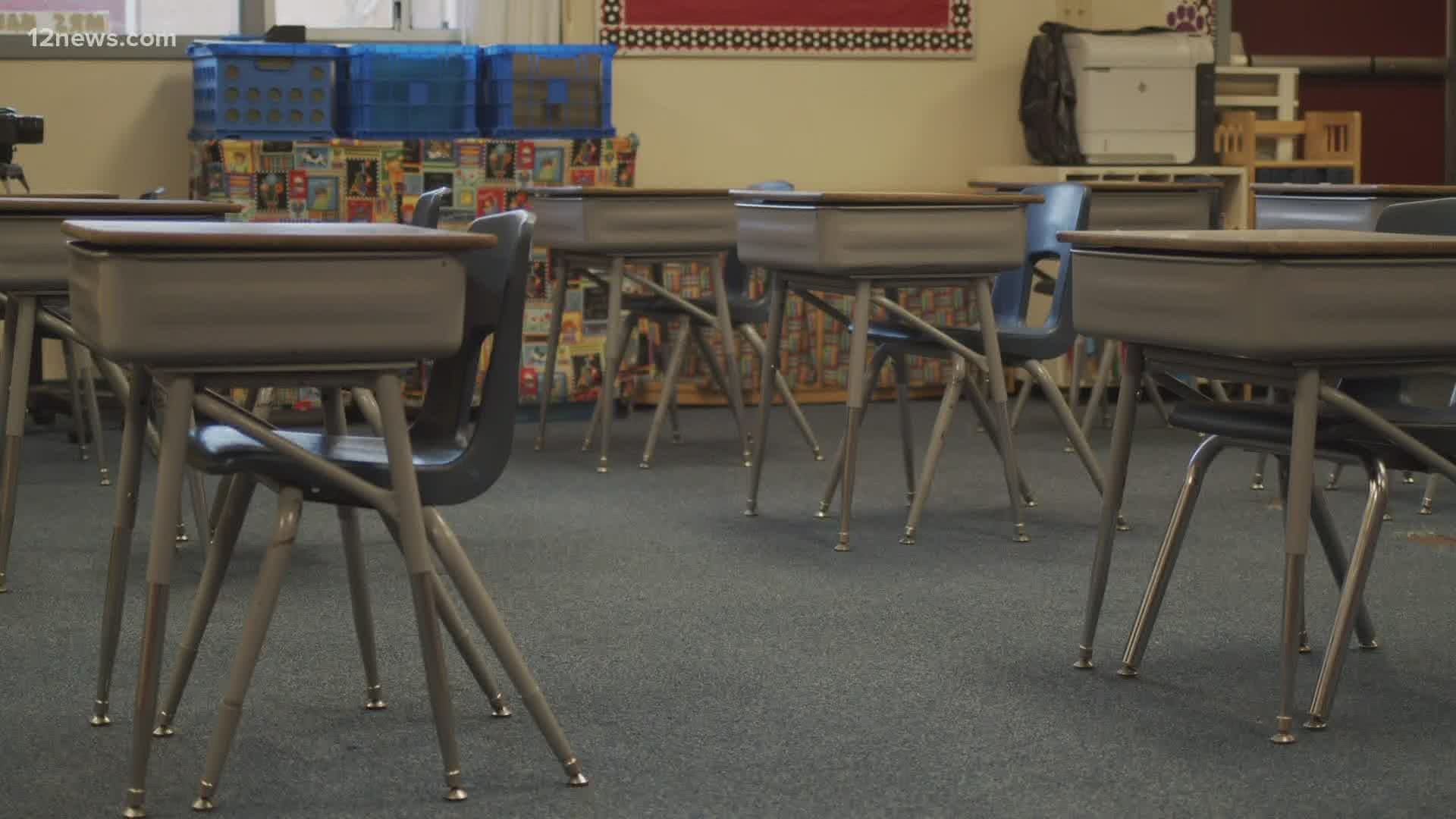 QUEEN CREEK, Ariz. — Editor's note: Jacob Frantz, the president of the Queen Creek Education Association, resigned from his teaching position Friday morning. He taught at Queen Creek High School. He says 43 teachers have resigned since the spring due to COVID-19 concerns. This is developing.

More and more Queen Creek School District teachers have resigned over the district’s decision to return to in-person classroom learning, despite COVID- 19 safety benchmarks not being met.

Those teachers have been put in a difficult position. The district says it will fine them for breaking their contracts. The teachers signed contracts when they started, saying they would finish out the school year.

Queen Creek School District officials said that seven teachers have chosen to resign because of the board’s decision to open up classrooms Monday, against state recommendations. But the teachers said that the number of resignations is much higher.

Brad Charles resigned because he is high risk for COVID-19, and Matthew Chicci left because he had similar concerns. Now both of them owe almost $2,000.

“It’s not easy to move. They want to keep us there,” Charles said.

Chicci, a long-time science teacher at Queen Creek High School, sent this resignation letter to the district earlier this month.

It said that he would not put his life or his family at risk by teaching in a classroom.

“It’s been one of the hardest decisions I’ve had to make because this is what I was born to do,” Chicci said.

The district is requiring masks, but offers a number of exemptions. Sanitation and social distancing guidelines have been put in place, but without a limit on class sizes, Charles told them his diabetes makes it too dangerous.

“I’m kind of in an uncomfortable position to say the least,” Charles said.

In response, the district pointed to the contract that all teachers signed, which said that they wouldn’t be released until they pay 3 percent of their salary, and the district finds a replacement.

The Queen Creek Unified School District's governing board approved a window that allows teachers to resign without penalty from July 6-July 13. Spokeswoman Stephanie Ingersoll said if teachers resign after July 13, "then they are subject to fees.”

“It’s pretty much going to be my entire paycheck,” Chicci said.

To make matters worse, no teacher is able to find a job with another district, until they are released from the contract.

“A lot of teachers are feeling trapped,” Chicci said.

Online teaching is not an option for these teachers because the district does goes through a third-party for online courses.

Neither Queen Creek School District or the Board of Education have responded to the issues.

In a statement to 12 News on Friday, the Queen Creek Education Association said it "believes that it is the duty of educators, school leaders and community members to provide a safe learning environment for students.

"When teachers signed their contract with QCUSD, it was a goal they shared with us. However that goal has been abandoned by our district," the statement continued.

"We believe it is wrong to hold people to this agreement which requires people to act against their conscience, disregard the best available data, and endanger those they are responsible for." 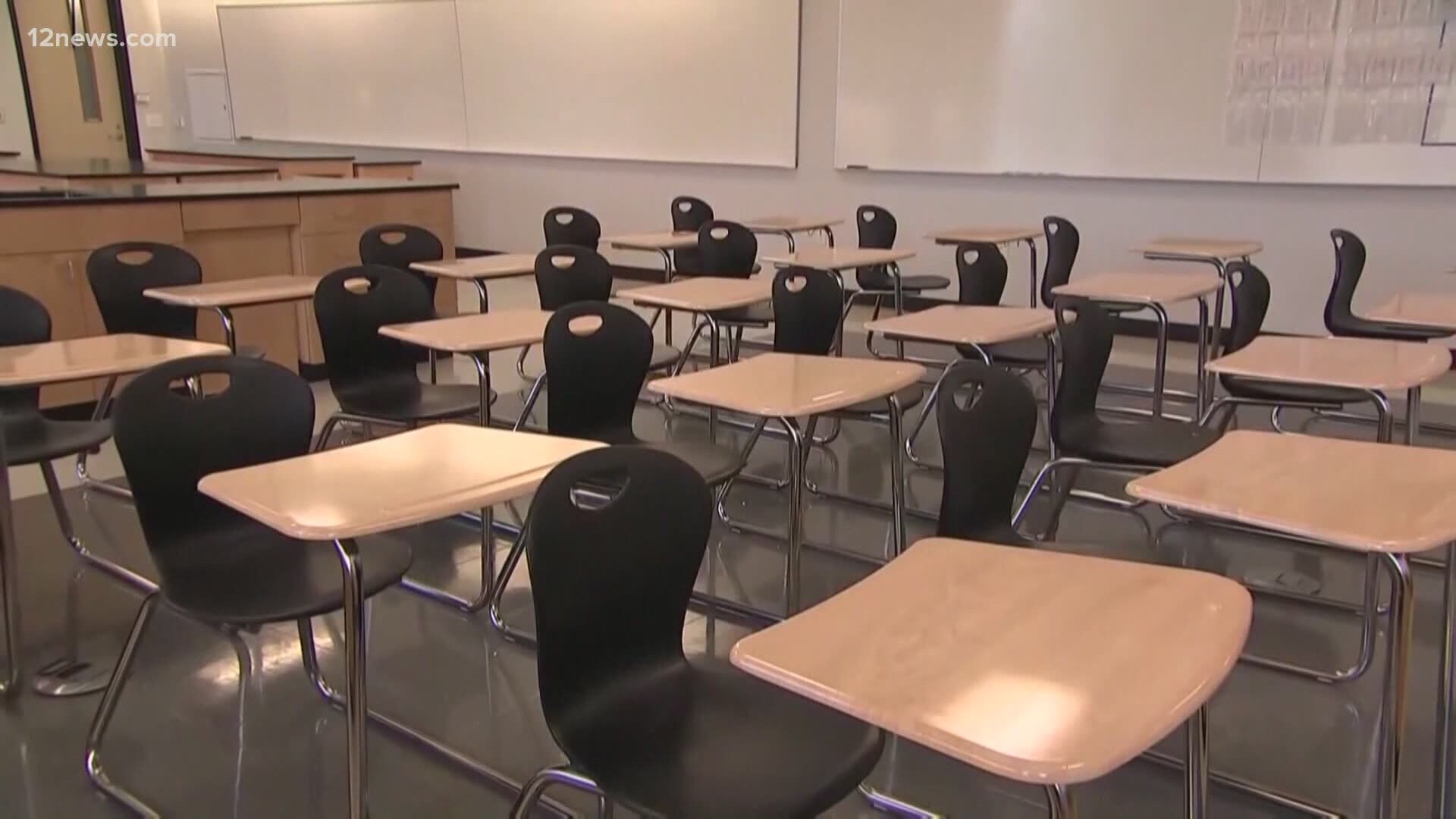