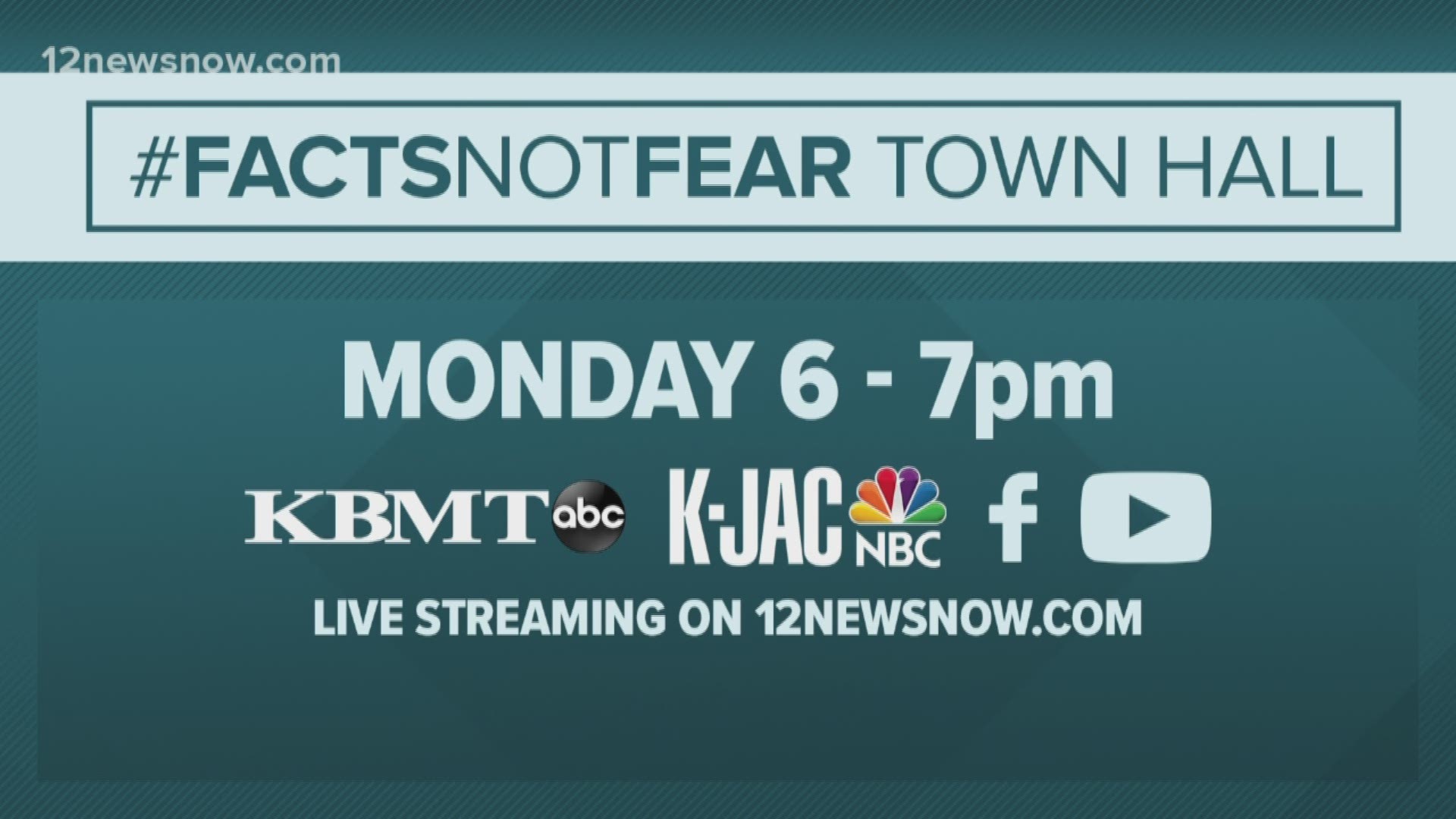 VIDOR, Texas — A possible coronavirus exposure to a few church members in Vidor who then attended Wednesday services was one factor in a Vidor church's decision to cancel services beginning this weekend.

First Baptist Church of Vidor notified its members via its website on Thursday evening that a person from Houston who may have been exposed to the coronavirus came to Orange County on Tuesday and met with several members of the church.

The church members, who met the person for reasons unrelated to the church, then attended Wednesday night services at FBC Vidor according to a notice on the church website.

RELATED: Know the difference between COVID-19, flu and allergies

The person from Houston may have been exposed by having contact with a family member who had been in contact with another person who tested positive for COVID19 this week according to the notice.

On Sunday night, the church posted an updated statement saying that the person's family member, who had a fever, has been tested and received negative results.

The Houston person reached out to those they had met in Orange County to advise them of the possible exposure Pastor Wright told 12News on Sunday.

The church then canceled their services and opted to have members listen to Pastor Wright’s weekly sermon via their app and on Facebook according to the notice.

None of the church members involved have shown any signs of getting sick and the church alerted the Orange County Health Department of the situation Pastor Wright told 12News Sunday.

The decision to cancel services was also greatly influenced by Jefferson County Judge Jeff Branick’s signing of a disaster declaration according to the notice.

The declaration suggested that events with more than 200 in attendance at private facilities should be canceled.

Bishop Curtis Guillory issued a decree on Friday evening allowing some parishoners to be excused from Mass on "Sundays and other holy days of obligation."