A spokesperson said most jail employees continued to wear masks even when they were not required. 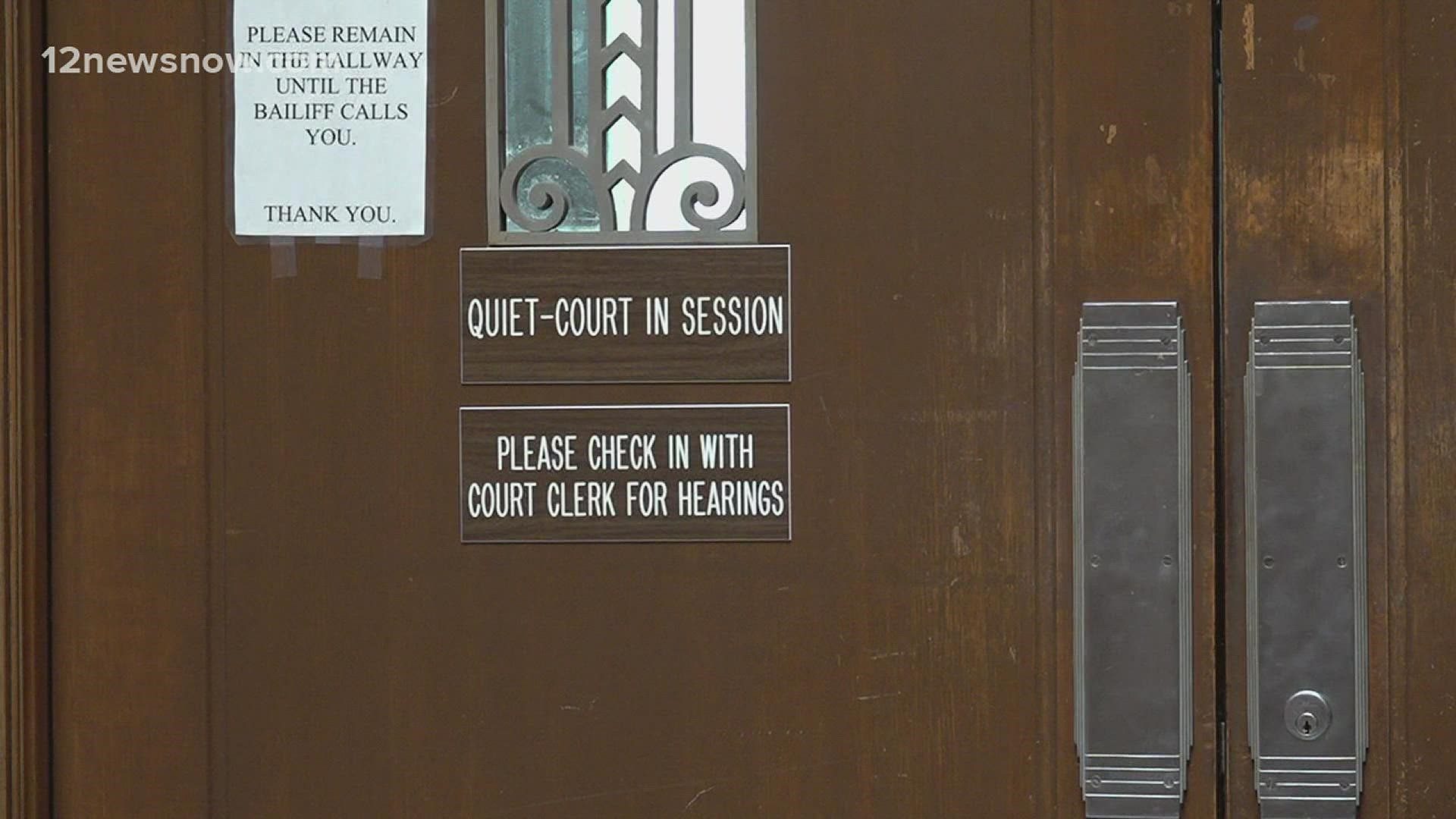 BEAUMONT, Texas — Some restrictions are being put back in place at the Jefferson County Jail as the area sees an uptick in COVID-19 cases.

All sheriff's office employees are masked up again according to Jefferson County Sheriff's Office spokesperson Capt. Crystal Holmes. Face coverings were made mandatory on July 29 at the sheriff's office and jail according to Holmes. She said most staff members at the jail continued wearing masks even when they were not required.

"It's worse than you think," Bob Wortham District Attorney said.

"Tremendous numbers of violent crimes in our district, murders, aggravated assaults, there's just a lot of them."

With justice systems slowing down, jails are filling up. Jefferson County Sheriff Zena Stephens said some inmates have been awaiting trial for up to three years.

"We are full, and so we are not going to be accepting anybody on Class C charges, class c misdemeanor charges," Stephens said.

Sheriff Stephens said and the staff is doing their best.

The governor gave Stephens the leeway to allow masks. His latest executive order allows state hospitals, living centers and jails to continue to use appropriate policies regarding the wearing of face covers.

Stephens said vaccines are also available for inmates and more than 200 have been provided in recent months.

Back at the courthouse, Wortham said this is a familiar situation.

"We worked remotely before, and if that's what's gonna be the best interest for our office, we'll do it again," Wortham said.

Holmes also noted that they have masks available for inmates to wear if they choose to.