The infusion center serves about 150-200 patients per day, which makes emergency coordinators optimistic that they will keep getting supplies. 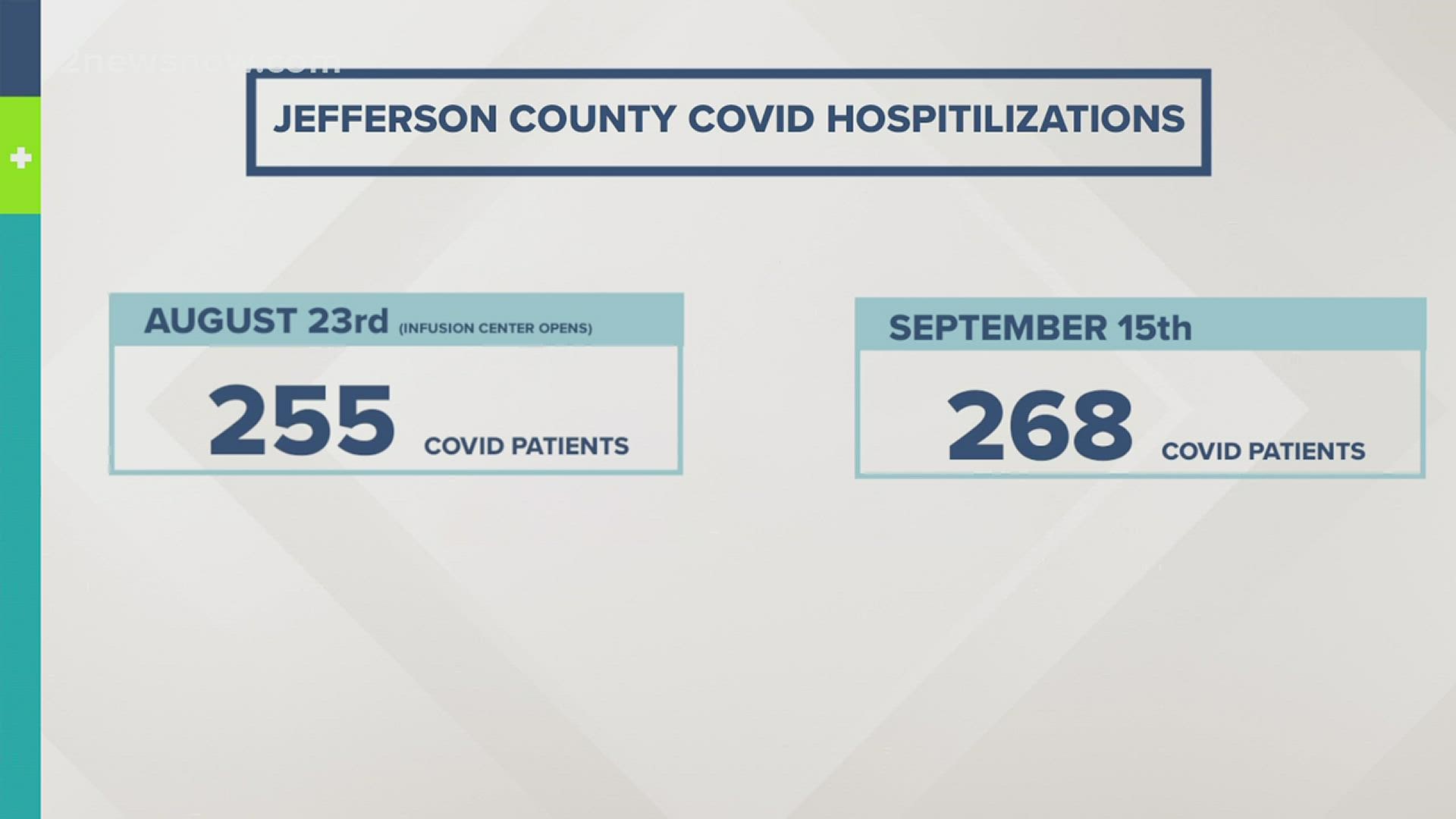 BEAUMONT, Texas — Hospitalizations are headed in the wrong direction Wednesday as they moved up again. We have 268 COVID-19 patients being treated in Jefferson County. But, doctors said the COVID-19 infusion center has played a key role in keeping hospitalizations from climbing even higher.

High demand has forced federal and state governments to make some supply cuts while they wait for more medication to ship.

So, what does this mean for the regional infusion center in Beaumont?

The infusion center serves about 150-200 patients per day, which makes emergency coordinators optimistic that they will keep getting supplies.

"We could actually do more, and we're being very consistent with what we're doing,” emergency coordinator Mike White said.

"We’re doing what we said we could do," White said.

"We’re not turning anybody back as far as who can receive it,” White said. “We can’t do walk-ins. It's based on appointment, but if somebody calls the number they're not being turned back based on where they live."

But the demand for medication is high all throughout the country. Supply cuts from federal and state governments are expected to go into effect next week.

Todd Senters, the associate vice president of operations at Baptist Hospitals, believes Jefferson County has a strong case to continue getting supplies.

"The allocation is going to be based on use and that is something that’s going to be very important, and because of the fact that we are infusing a number of individuals here,” Senters said. “We are going to be able to state a good case as to why we should be able to keep supplies coming in."

Although our regional hospitalization rates are still pretty high Senters said there have been some positive trends.

"The severity of the patients coming into the hospital is lessened, and in fact, the number of individuals we're having to admit is beginning to decrease, and we want to see that trend continue," Senters said.

White said if you're on the fence about the treatment, he's an example that it works.

"My doctor immediately scheduled an infusion, and about 36 hours later it was like I never had it," White said.

Anyone eligible for an infusion is encouraged to call their doctors about setting up an appointment. If you don’t have one, call the hotline 409-550-2536 to schedule an infusion.

You must have tested positive for COVID-19 and be over 12 years old.

RELATED: Here's how to get a COVID-19 vaccine in Southeast Texas