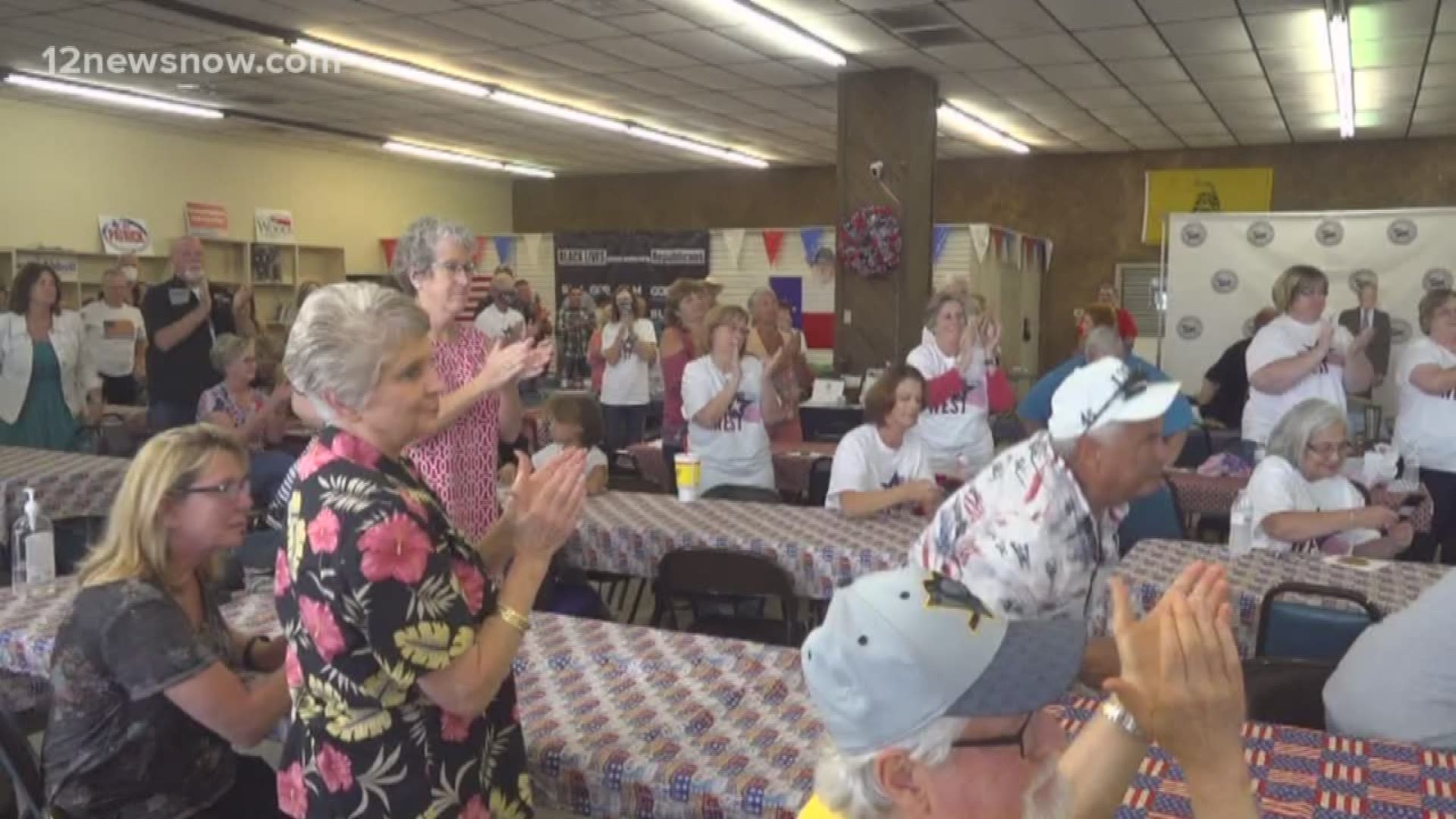 JEFFERSON COUNTY, Texas — Houston Mayor Sylvester Turner – a Democrat – sparked a political firestorm this week when he pulled the plug on the Texas Republican Party convention. The convention was scheduled to take place this upcoming week in Houston.

But the city has been hit hard by COVID-19, and the mayor said he didn't want the GOP meeting to go on for health and safety reasons.

His announcement left Republicans scrambling. Some Southeast Texas Republican are left asking what's next, and are wondering if there's still a possibility the convention can happen in person.

On Sunday afternoon, the Jefferson County Republican Party gathered for candidate rally at the party's headquarters in Port Neches.

Of course, the topic of the convention did come up. Right now, the event remains canceled. It was set to start on Thursday and about 6,000 people were expected to be in attendance.

A Harris County judge denied a restraining order last week after the party sued Mayor Turner and the city for canceling the event.

Jefferson County party chair Judy Nichols says a Supreme Court decision is expected to come down on Monday. She's hopeful they will vote in favor of the first amendment.

She says the part is still discussing other options if the event doesn't kick off this week.

21 hospitalized with injuries from fire, explosion on USS Bonhomme Richard at Naval Base San Diego

Video: Young girl is OK after being struck by hit-and-run driver in Cypress neighborhood