Jefferson County not included on state's list of mass vaccination hubs, judge says officials will 'press on' about being included

"We're going to work very hard this week to try and press on about including Jefferson County in the next mass vaccination."
Author: Kelsey Johnson, Raegan Gibson
Published: 4:36 PM CST January 11, 2021

BEAUMONT, Texas — Hearing Jefferson County will not be included as a mass vaccination hub right away was not the news Southeast Texas officials were looking for.

The state released a list over the weekend that included 28 counties that will serve as those hubs.

More than 158,000 doses will be distributed among those sites.

They are mostly in larger metro areas.

Jefferson County Judge Jeff Branick said he understands why the need for the larger areas exists, but there are several counties around the same size as Jefferson County that are on the list.

"We're going to work very hard this week to try and press on about including Jefferson County in the next mass vaccination," Branick said.

Even though the vaccines are not coming to Southeast Texas, there is still some hope.

Texans in phase 1A and 1B can still go to any hub sit in the state to get vaccinated. You don't have to live in that area, but you will need to sign up first.

MORE | Who's eligible for the COVID-19 vaccine right now? 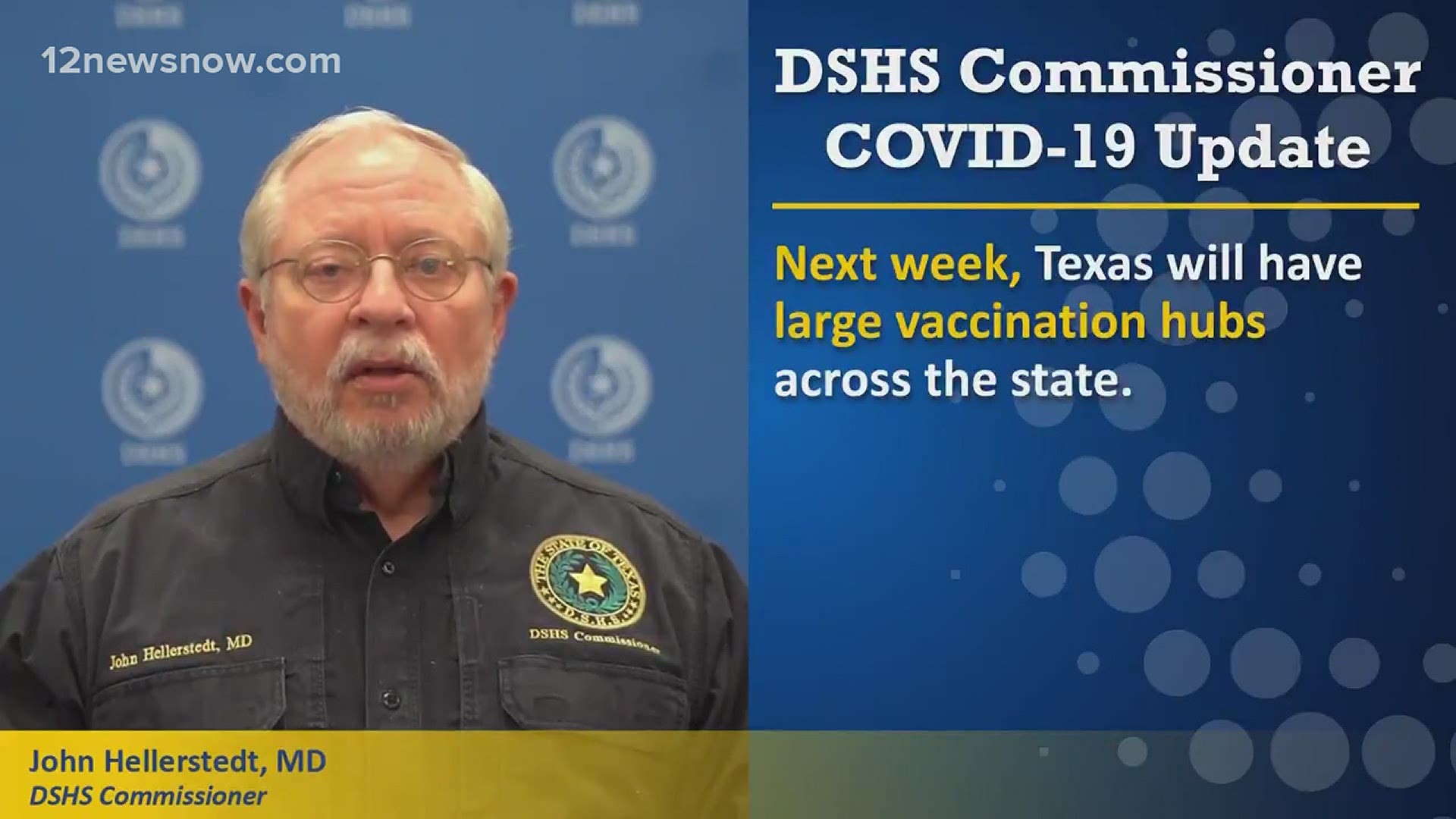