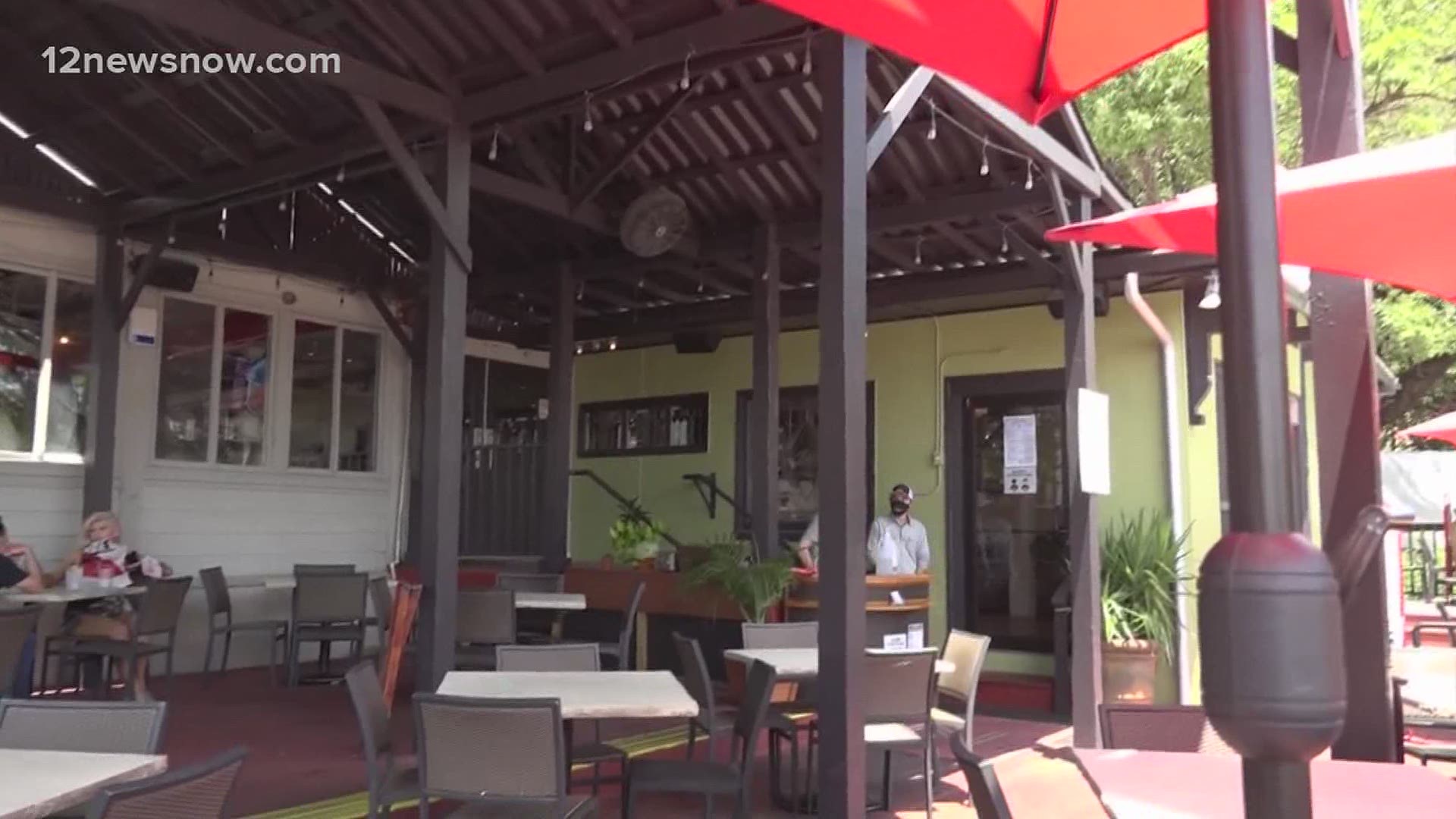 JEFFERSON COUNTY, Texas — Some bars in Southeast Texas may be reopening after being closed for most of the year due to the coronavirus pandemic.

Bars in Texas originally closed in March at the start of the COVID-19 pandemic, reopened late spring and closed again June 26 while the seven-day statewide average positivity rate was more than 18 percent and 5,102 people were hospitalized the virus, according to the Texas Tribune.

Abbott's order requires the county judge to approve bars reopening and enforce health protocols. The executive order also increased occupancy levels for all other businesses besides bars to 75 percent.

Other counties across Texas are also deciding what direction to take in reopening bars.

“We are currently in orange and our numbers are climbing, so, if that doesn't reverse, sooner or later we'll be back in red,” Jenkins said. “Therefore, following the doctors’ advice, I won't be opening bars at this time.”

RELATED: 'Cheers!' | Gov. Abbott tweets more openings on the way. Could bars be next?

Bars across Southeast Texas have reopened under restaurant licenses to prevent closing down permanently.

Mackenzie's Pub on Dowlen Road reopened Sept. 17 as a restaurant under a different license from the state. Little Woodrow's reopened its doors under the same alternate license Aug. 17 , according to a Facebook post.

RELATED: Little Woodrow's reopens its doors Monday thanks to new food, beverage certificate from the state