'I want to say by the next day, I started feeling a little bit better' COVID-19 patient says after taking anti-malaria drug 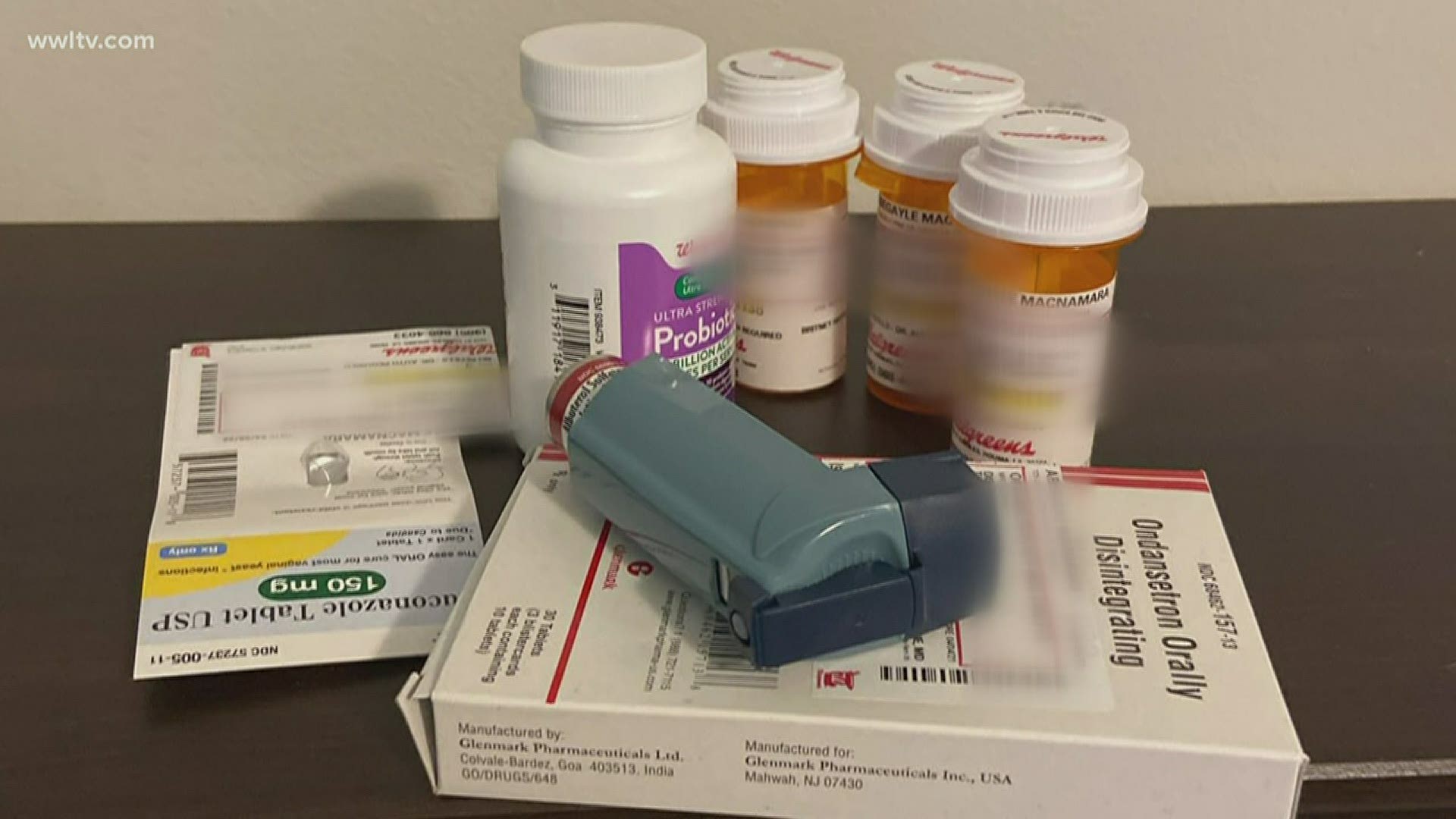 NEW ORLEANS — COVID-19 patients in the metro New Orleans area are being treated with the drug President Donald Trump has touted as a "miracle" drug in the fight against the disease, hydroxychloroquine.

The anti-malaria drug has been used to safely treat a number of illnesses for decades, but its effectiveness in fighting COVID-19 is still anecdotal.

In an exclusive one-on-one interview with WWL-TV’s Katie Moore Wednesday, U.S. Surgeon General, Dr. Jerome Adams, said the federal government is collecting data on how hydroxychloroquine is being used and patients’ reactions to it in order to speed up the scientific research needed to prove that it’s safe and effective to use against COVID-19.

“We're also collecting data, and we're doing that in New Orleans, to make it so that we can very quickly adjust course if we find out that this medication is unsafe in this new population or if it's not effective,” Adams said.

Patients, like respiratory therapist Abbey MacNamara are among those who have been given hydroxychloroquine to try and ward off the most severe cases of the disease.

Last week, after working shifts in the hospital’s ICU, she began feeling achy on Monday.

“It was just generalized achiness in my joints and my lower back area. But it was manageable with Tylenol but I was exhausted,” MacNamara said.

For two days, she just thought it was exhaustion. But on the third day, her throat began to hurt and by Saturday, she was headed back to Terrebonne General, this time as a patient who was having trouble breathing.

“I was in bed and started realizing I was breathing between every other word on the phone. I—can’t—talk,” she described with exaggerated pauses between words.

A fellow healthcare worker spoke to a pulmonologist on Abbey’s behalf and told her to come to the ER.

Abbey said she was terrified.

“A lot of these people they come in and their oxygen levels are low, they deteriorate so fast and they go to a ventilator and that was one of my worst fears was being intubated,” she continued, “I can't even think about it now. It's such a scary thought. My heart goes out to all the people who have had to deal with it.”

RELATED: VERIFY: President Trump has small financial stakes with hydroxychloroquine, but he doesn’t control them

Doctors started her on a cocktail of hydroxychloroquine and two powerful antibiotics to stave off the bilateral pneumonia that seems to lead to the worse cases of COVID-19.

“I want to say by the next day, I started feeling a little bit better. I want to say my throat was better,” she described, “I wasn't coughing nearly as much. And I felt like it was easier to take a deep breath.”

That was six days after MacNamara began experiencing symptoms. Before starting her on hydroxychloroquine, doctors ordered an EKG to test her heart rhythms.

“It can cause arrythmia and your heart can jump out of rhythm. The other night, that kind of happened but it also could have been that I was having a little bit of anxiety,” she said.

With so many variables and even more unknowns about the disease, MacNamara said it’s difficult to say what helped her turn the corner.

“I want to say it was a night and day difference. But was that the drug or was that me on the mend and getting better? I couldn't tell you but I'm happy they started me on it when they did,” she said.

While MacNamara’s case is mild, it took days for her to really feel up for getting out of bed. She lost her sense of taste and smell and has had painful stomach problems since she began taking the drug cocktail.

MacNamara said she knows the antibiotics are a big part of that problem, but it’s tough to say whether the hydroxychloroquine and the coronavirus itself are contributing factors.

She said treating patients with coronavirus convinced her a hospital is where she is meant to be in her career, thanking the doctors, nurses and healthcare workers for taking good care of her while she was at her worst.

While many New Orleans-area hospitals are part of the data sharing with the federal government, as of now, Terrebonne General Medical Center is not among them.