How a nonpartisan piece of cloth became so partisan

Many Texans - but not all - say masks are a sign of compassion. 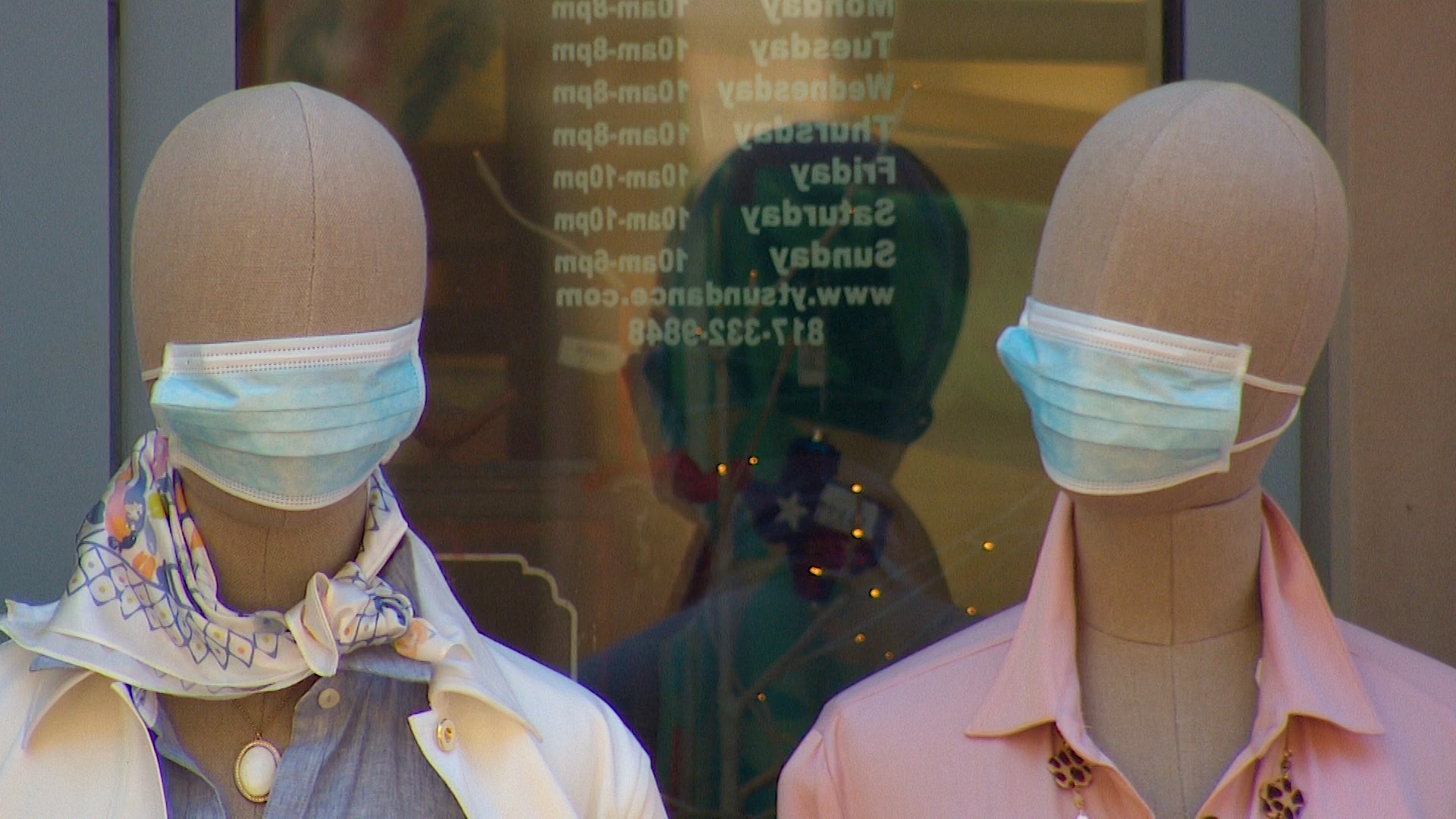 DALLAS — Think back to February.

Most untrained medical experts probably assumed the mysterious virus that had spread across Wuhan, China and made its way into Seattle was unlikely to cause trouble in Texas.

But even back then, Texas was in the sights of the coronavirus.

In fact, the entire country was entering a race and most of us didn’t even know it.

The race against COVID-19 wasn’t just a race against the clock but against confusion, conspiracy and controversy.

Mired in all those things are masks.

Members of the White House’s coronavirus task force initially told Americans masks were not necessary in the fight against COVID-19.

At the time, they worried hospitals risked running out of life-saving gear if Americans purchased them for themselves.

But as the supply of masks and gear for health care workers steadied, and as scientists learned more about the virus, the CDC guidelines changed.

In early April, the agency issued recommendations that Americans wear a mask – on a voluntary basis - to slow the spread of COVID-19.

RELATED: Trump 'all for masks'; says it makes him look like the Lone Ranger

When President Donald Trump first announced the new guidelines, he said he wouldn’t wear one.

“With the masks, it’s going to be really a voluntary thing,” he said on April 3. “You can do it, you don’t have to do it. I’m choosing not to do it, but some people may want to do it and that’s OK.”

In Texas, early efforts to mandate masks at local levels were met with resistance from the state.

Dallas County enacted a mask ordinance in April. But on May 12, Texas Attorney General Ken Paxton sent Judge Clay Jenkins a letter saying the county could not require masks because a county ordinance could not conflict with state guidelines.

It would be almost two months before Gov. Greg Abbott would issue an order requiring all Texans to wear masks indoors, with few exceptions.

Scientists now say masks are proven to slow the spread of COVID-19.

After a summer surge in cases across the state of Texas, once-reluctant politicians are preaching their worth.

But some Texans remain reluctant to buy in.

Clements was walking in the downtown square in Rockwall, mask in hand on her way to an appointment where masks were required. She only wears one when she has to.

“My son and I have asthma. It’s more unhealthy for us to breathe through paper and fabric then staying distanced,” she said.

Windy Busher of Rockwall said she doesn’t wear one because she believes it stifles her immune system.

“I think our immune systems need to build and that only happens when we’re exposed to different viruses and germs,” she said. “I think more people die of heart disease every year than coronavirus. So, I do feel like it’s a bit of fear mongering. I don’t think it’s as extensive and severe as they are saying.”

But Busher’s opinion runs counter to many scientists and fellow Texans.

RELATED: Does wearing a mask pose any health risks?

“If the big issue is like, ‘Well, it’s my choice to not wear this mask.’ I’m like, ‘Well where do your rights start and mine end?’” asked Samantha Rieff, a Plano resident. “Let’s say you are asymptomatic and you’re spreading it, how are you not infringing on my right to safety and my right to health?”

“I need to care about other people. That’s my responsibility as part of society,” he said. “To the people who don’t feel like they need to wear a mask, I just don’t get it. I really don’t. It’s not just for you. You’re doing it for other people.”

Polly Williams of Waxahachie was on her hometown’s courthouse square with her mother Shirley, both wearing masks.

“I mean, if it would save lives to stand on your head, I’d do it. But, that’s just me,” Polly added,