Speaker of the House Lee Chatfield and Senate Majority Leader Mike Shirkey say the governor's extension of the emergency declaration was a unlawful. 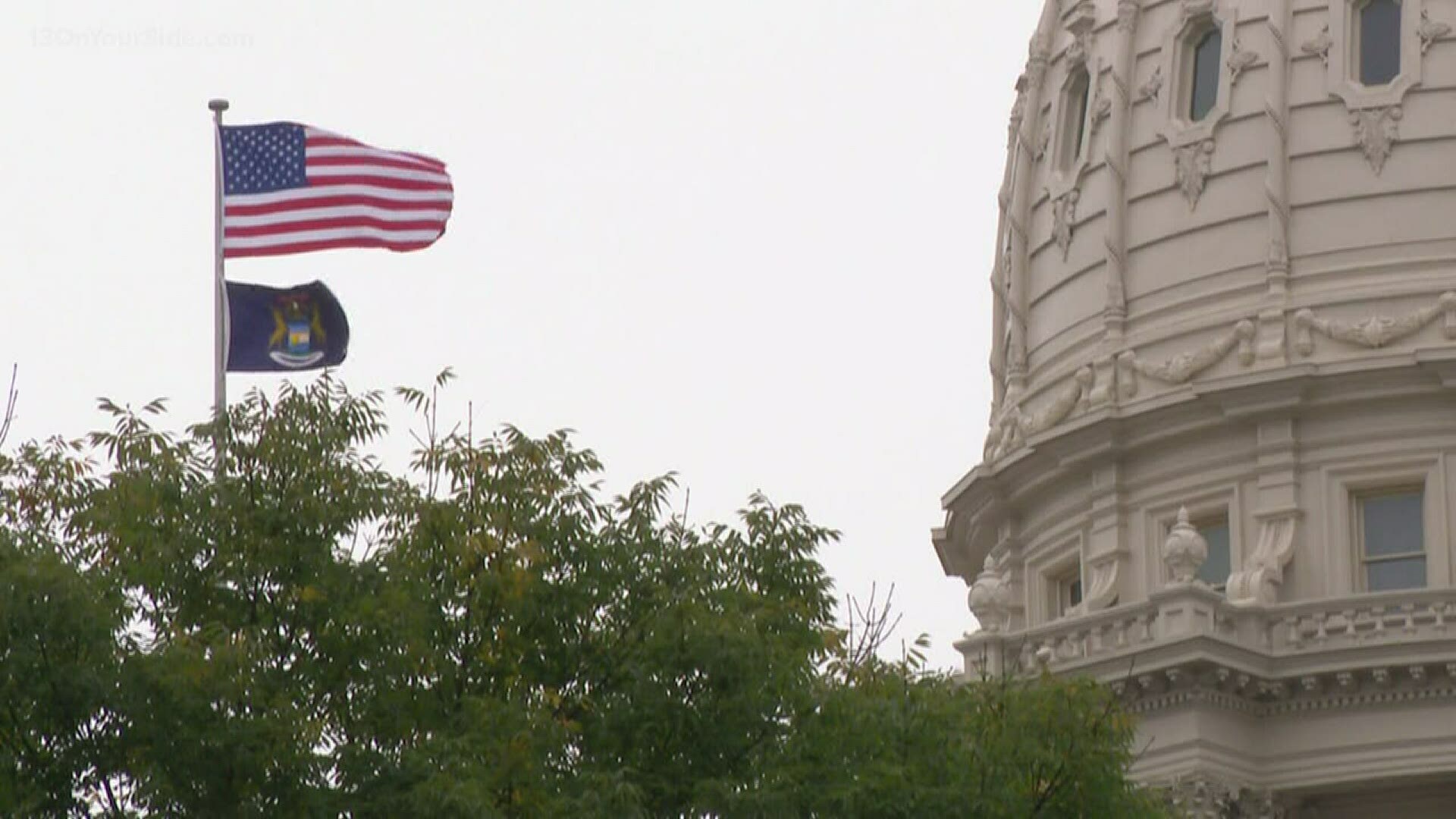 Republican leaders say they have sued the governor over her use of executive powers amid the pandemic.

In a Wednesday press conference, Senate Majority Leader Mike Shirkey,R-Clarklake, and Speaker of the House Lee Chatfield, R-Levering, announced the GOP-led legislature has sued the governor based on the constitutionality of her emergency declaration extension. Last week, the legislature chose not to extend the state of emergency, but hours later, the governor extended it through May 28.

The lawsuit, filed Wednesday, claims that governor is unlawfully using her emergency powers. The governor and Republicans have been at odds over who holds the power to extend an emergency declaration. The declaration allows for the governor to continue issuing executive orders like those that have led to the extension on the shutdown of places of public accommodation through late May.

The governor has already moved to loosen restrictions in other sectors, but the Legislature says it should have more input on how and when that happens.

"This is a question of whether or not the governor has the authority to render the legislature completely meaningless and take over our lawmaking authority," Chatfield said.

Though the lawsuit was filed on behalf of the House and the Senate, Democrats have said they do not agree with it.

"There's no support for it both in the amount of taxpayer money that they're going to be wasting or the concept," said Senate Minority Leader Jim Ananich.

Ananich, D-Flint, said the lawsuit is about "politics and power" and will do nothing to improve the state's response to the ongoing pandemic.

"We have a number of things we need to be putting in place, protections for workers to make sure they have the masks and other equipment to go back to work," Ananich said. "But it seems like the Republicans are more focused on power."

Ananich said the governor's administration has asked for the legislature's input consistently and used it. He called the Republican's narrative of being shutout from the governor's process a "fantasy."

"As Michiganders are stretching their dollars and worrying about their livelihood in the face of a global pandemic, legislative Republicans are distracting time and attention away from the state’s response to COVID-19 and squandering scarce taxpayer resources in another dubious attempt to undermine efforts to address this unprecedented public health crisis," Greig said in a statement.

Chatfield said the court's intervention is necessary to help Michiganders.

"There are millions of people across our state right now who are hurting because of the government's one size fits all approach that we believe has been the wrong call for our state," the Speaker said. "Entire families have had their livelihoods taken away. And people are being told that they can't work a job and take care of their family and their loved ones, even when it can be done safely."

The governor's press secretary says Whitmer has brought together leaders from all sectors to determine a safe way to re-engage the economy with the MI Safe Start plan.

“This lawsuit is just another partisan game that won’t distract the governor. Her number one priority is saving lives. She’s making decisions based on science and data, not political or legal pressure," said the governor's press secretary Tiffany Brown in a statement.

Shirkey and Chatfield said they have asked for an expedited process to ensure that clarity is provided soon, but it's not known when the court will take it up. The lawsuit, which was filed in the Michigan Court of Claims, asks for a declaratory judgement. Bush Seyferth PLLC has been retained to represent the Legislature.

More stories on 13 ON YOUR SIDE: