2 nurses: Her mom battled 1918 pandemic, she fights this one

While the late Kristine Berg Mueller tended to those stricken by 1918 flu pandemic, Stokes is giving vaccinations to healthcare workers battling COVID-19. 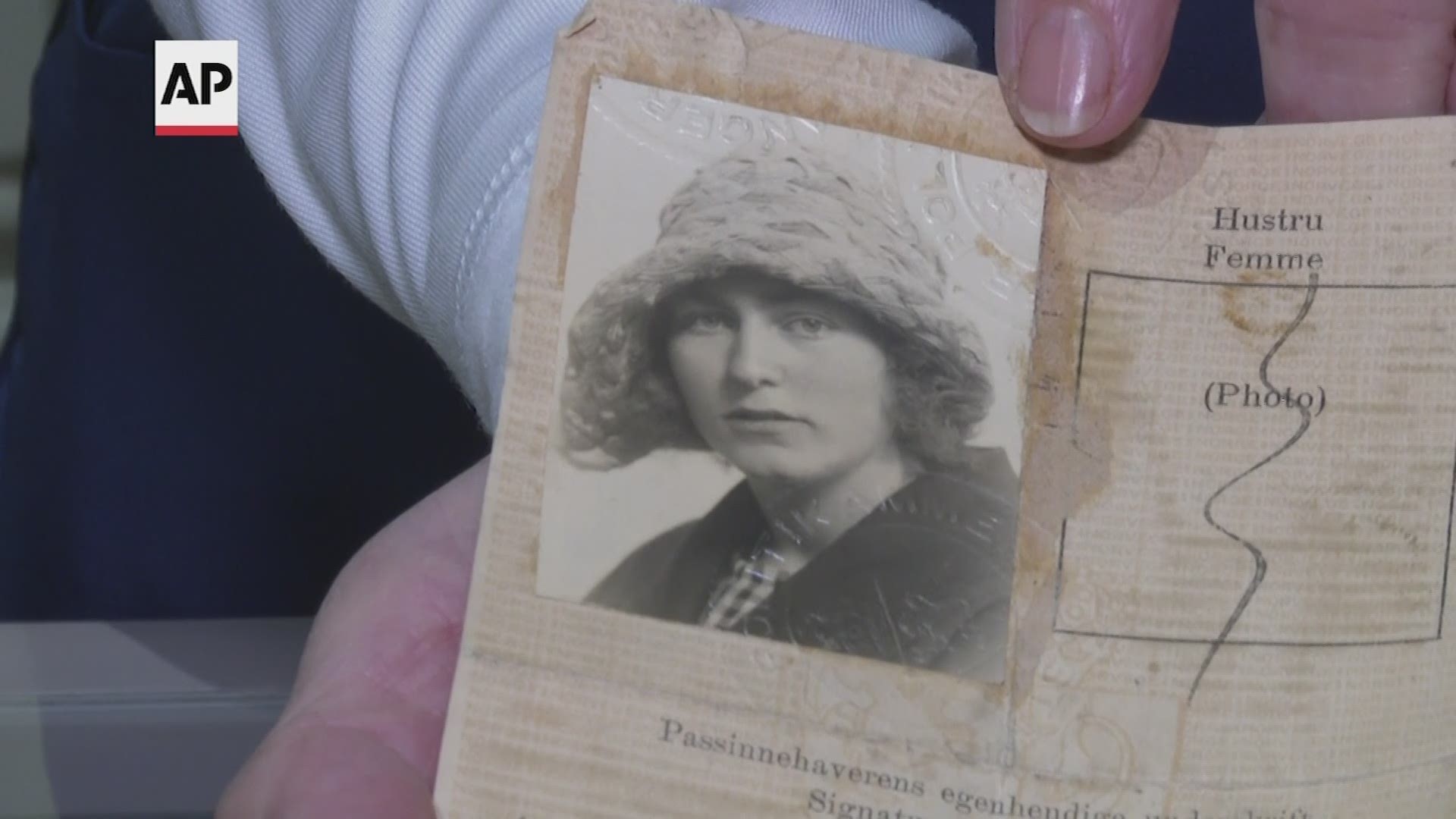 SALINAS, Calif — She’s 76 years old but nurse practitioner Sigrid Stokes is in no mood to retire.

Stokes is too busy working to save lives during a deadly pandemic, just as her mother did more than a century ago.

While the late Kristine Berg Mueller tended to those stricken by the deadly flu pandemic that swept around the world in 1918, Stokes is giving vaccinations to health care workers battling the coronavirus.

Mueller was a 14-year-old student in her native Norway when the flu pandemic hit. It eventually killed an estimated 50 million people, including some 675,000 in the United States, according to the Centers For Disease Control and Prevention.

“And so she and a friend volunteered at the local hospital to help out in whatever way they could, which I would imagine would be things like feeding people, bathing people, you know, changing beds, whatever they could do,” Stokes said recently as she prepared to administer vaccines at Salinas Valley Memorial Hospital near her Northern California home.

RELATED: US rushes to catch up in the race to detect mutant viruses

Decades after the flu pandemic passed, Stokes' mother would tell her that was what had inspired her to become a nurse.

The family had no money to send her to nursing school, however, but an aunt in San Francisco agreed to take her in. She moved to the United States in 1923 and enrolled in a U.S. nursing program four years later.

Eventually she married and moved to Los Angeles, where Stokes' father ran a rental bookstore while her mother continued her nursing career.

Among her assignments was being called to movie studios from time to time to make sure child actors stayed safe and healthy while on set. Among the many photos of her mother, Stokes has one that she displays proudly of her in her uniform talking to child star Shirley Temple as both smile broadly.

It's that same sense of joy at helping people that Stokes, her white hair framed by purple-tinted bangs and black-framed glasses, brings to her own work. She's all business though when administering vaccines.

“I give very good shots, I might add, good jabs," she says with a slight smile.

Credit: Associated Press
Nurse practitioner Sigrid Stokes, 76, holds a photograph of her mother talking to Shirley Temple, at the Salinas Valley Memorial Hospital in Salinas, Calif., Wednesday, Feb. 3, 2021. Stokes is following in her family's footsteps during the pandemic. In 1918, Stokes' mother Kristine Berg Mueller was a 14-year-old hospital volunteer in Norway during the Spanish Flu pandemic, putting her in regular contact with the deadly disease. (AP Photo/Haven Daley)

She proves it when, wearing a surgical mask, she deftly plunges a needle into the arm of a masked health care worker who doesn't even flinch.

It wasn't until her late 20s that Stokes decided she wanted to follow her mother into nursing.

“I was volunteering in the pediatric ward and so on and I all of a sudden realized, you know, I really like this," she recalled.

Stokes who was still working part-time when the coronavirus began to sweep the country early last year. She was too old to safely treat COVID-19 patients, but knew she could help with vaccinations.

As she arrives at work each day from her home in Pacific Grove she wears the enamel earrings she fashioned from a Norwegian necklace that her mother proudly wore each day before her death at age 91 in 1995.

“I wear them every time I come to work because I feel like it’s a sort of a talisman that she’s with me and our family, we're doing it” said Stokes, who also still has the black cape her mother wore for years over her white nurse's uniform.

With COVID-19 having killed more than 2 million people worldwide, including more than 450,000 in the United States, Stokes isn't ready to quit until this virus has been tamed.