Handful of protesters gather outside Gov. Abbott news conference in Beaumont to call for bars, breweries to reopen 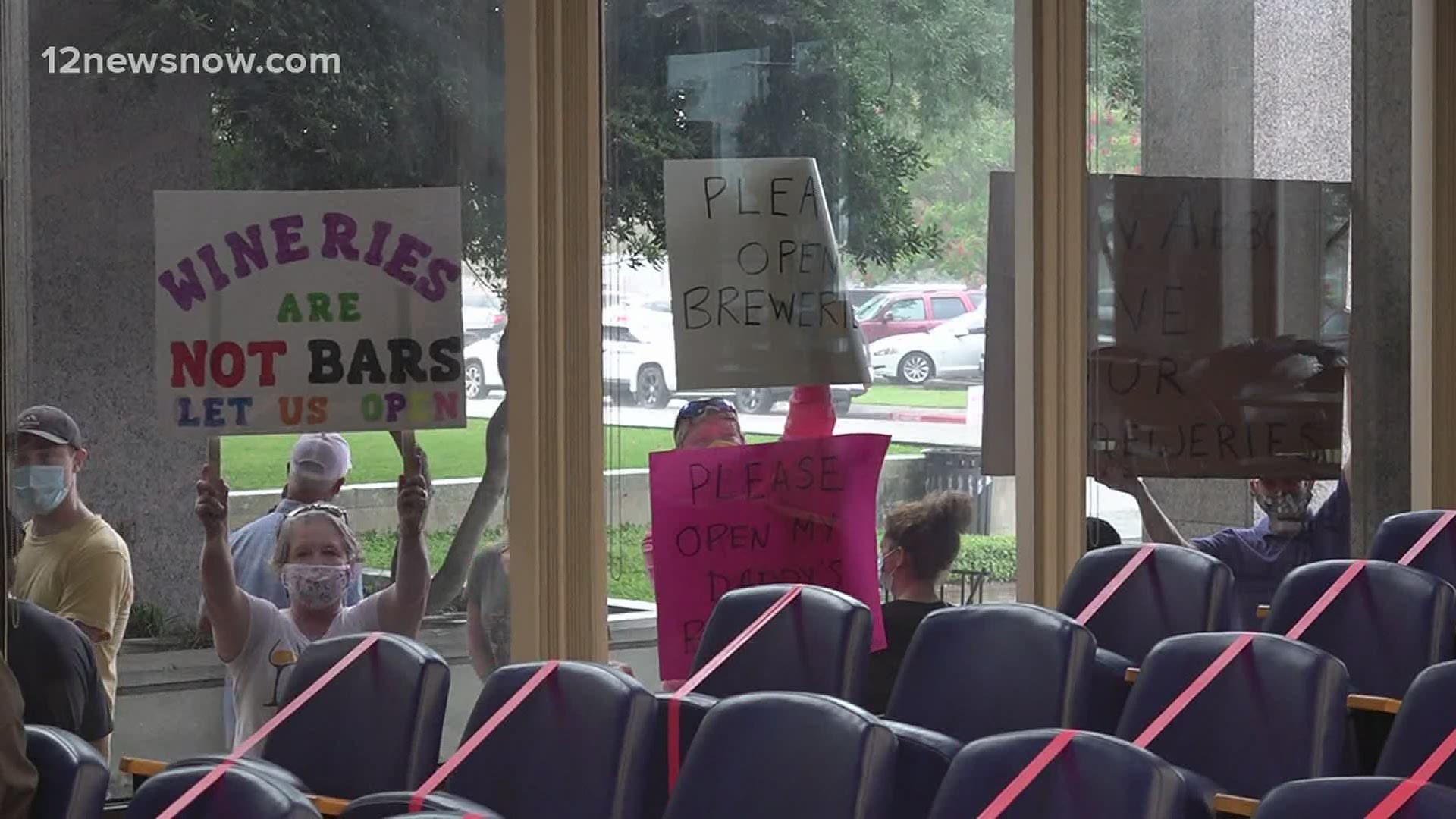 BEAUMONT, Texas — A handful of protesters gathered outside while Governor Greg Abbott held a news conference in Beaumont Tuesday to call for bars and breweries to be reopened.

Gov. Abbott closed them weeks ago, citing the summer surge in COVID-19 cases.

Bar and brewery owners say they want the opportunity to be able to provide for their family during the pandemic.

Tyler Blount owns Neches Brewing Company and was one of those outside the news conference on Tuesday.

"We just need our community to keep supporting us,which they have. The only thing that we are allowed to do is sell beer to-go, same with venues around here. That's not enough revenue to pay the bills we're a young business, we just wanna be open like everyone else," Blount said.

No timeline has been set for bars that earn more than 51% of revenue from alcohol to reopen.

The governor says they will reevaluate as cases go down in the future.

"Go back in time to when bars and other businesses were allowed to be open more than they are now. It was after they were opened that we saw an increase in a spread of COVID-19 that led to the necessity of closing them," Abbott said. "We have to be vigilant right now to make sure that we slow the spread of COVID-19."