The FBI has warned that buying, selling or using a counterfeit COVID-19 vaccination card is crime. 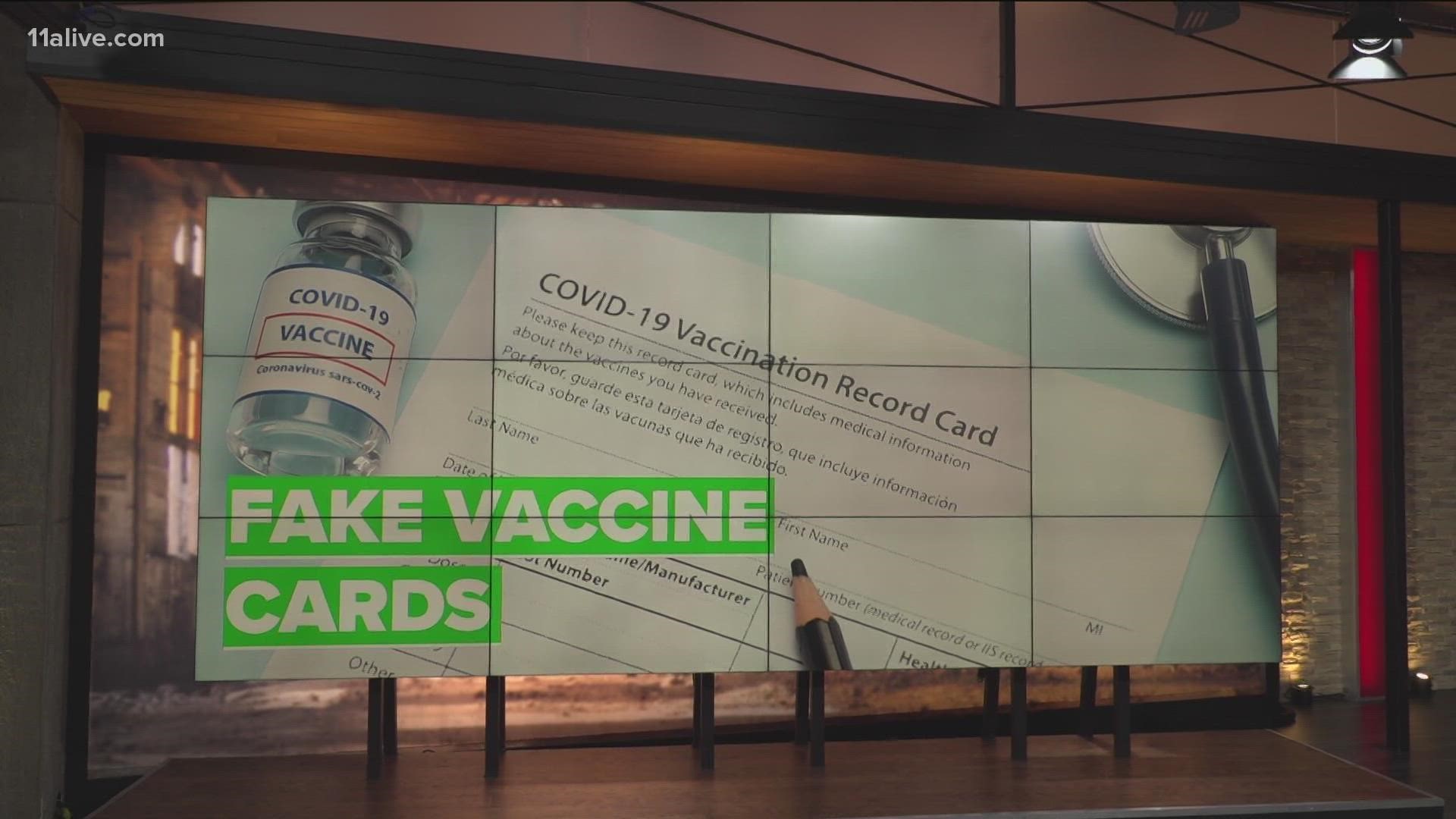 NEW ORLEANS — Counterfeit COVID-19 vaccination cards heading to New Orleans were seized by US Customs and Border Protection officers at the Port of Memphis this week.

According to officials, the cards were shipped from Shenzhen, China and headed to New Orleans Central Business District.

The cards have blank spaces for the recipient's name and birthday, the vaccine maker, lot number, date and place the shot was given as well as a CDC logo in the corner. Officials say they have several typos and unfinished words, both in English and Spanish.

Customs and Border Protection officials say they've seized thousands of these cards in more than 100 packages so far this year.

“These vaccinations are free and available everywhere,” said Michael Neipert, Area Port Director of Memphis. “If you do not wish to receive a vaccine, that is your decision. But don’t order a counterfeit, waste my officer’s time, break the law, and misrepresent yourself."

The FBI has warned that buying, selling or using a counterfeit COVID-19 vaccination card is crime. Anyone who does so faces a fine and up to five years in prison.

In the latest move to combat the surge that has put stress on Louisiana’s hospitals, people who want to go into bars, restaurants and other indoor venues in New Orleans will soon have to show proof of COVID-19 vaccination or a recent negative test. Mayor LaToya Cantrell says the new requirement begins on Monday, but there will be a one-week grace period before the city begins aggressive enforcement.

You can report suspicious activity involving fake vaccination record cards to police, the (1-800-HHS-TIPS or www.oig.hhs.gov); or the Internet Crime Complaint Center (www.ic3.gov).