Anthony Jones, who is from Florida, came to Houston for treatment after his tongue became so swollen he couldn't close his mouth. 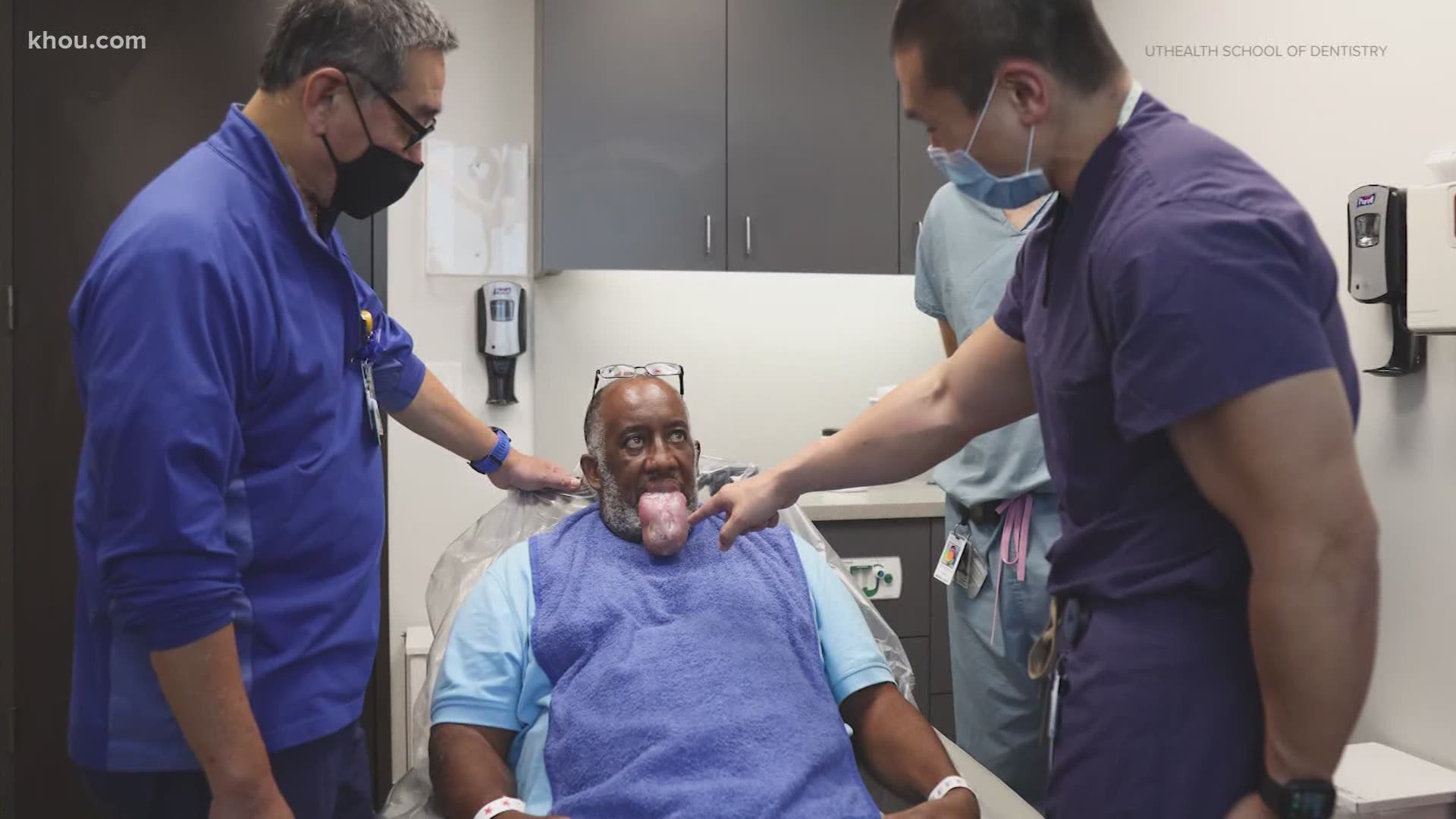 HOUSTON — This story is something you have to see to believe. A man in Florida was critically ill with COVID-19. When he regained consciousness, his tongue was so swollen he couldn’t close his mouth.

Editor's note: We need to warn you -- some people may find the images in this story disturbing.

Anthony Jones of Lake City was hospitalized with COVID-19 in July. A day later, his wife, Gail, says he was placed on a ventilator.

“They were trying to heal his lungs,” Gail said. “His lungs were messed up really bad. They had to turn him on his stomach for 12 hours.”

Lying on the stomach helped his lungs, but caused extreme swelling in his tongue. Jones lived like that for three months before his mom found a specialist in Houston who knew how to treat the rare condition.

“Extremely rare,” said James Dr. James Melville with UT Health. “I think out of a literature search for his situation, we found one case; one more case, so two out of the whole pandemic.”

But Dr. Melville with UTHealth thinks there may be more, since many COVID patients are placed in the prone position now.

If that’s true, Jones wants others to know there is hope.