The CEO of Tokyo in Beaumont dropped off 100 plates at Baptist Hospital, but this isn't the first time he's stepped up to help out during a time of need. 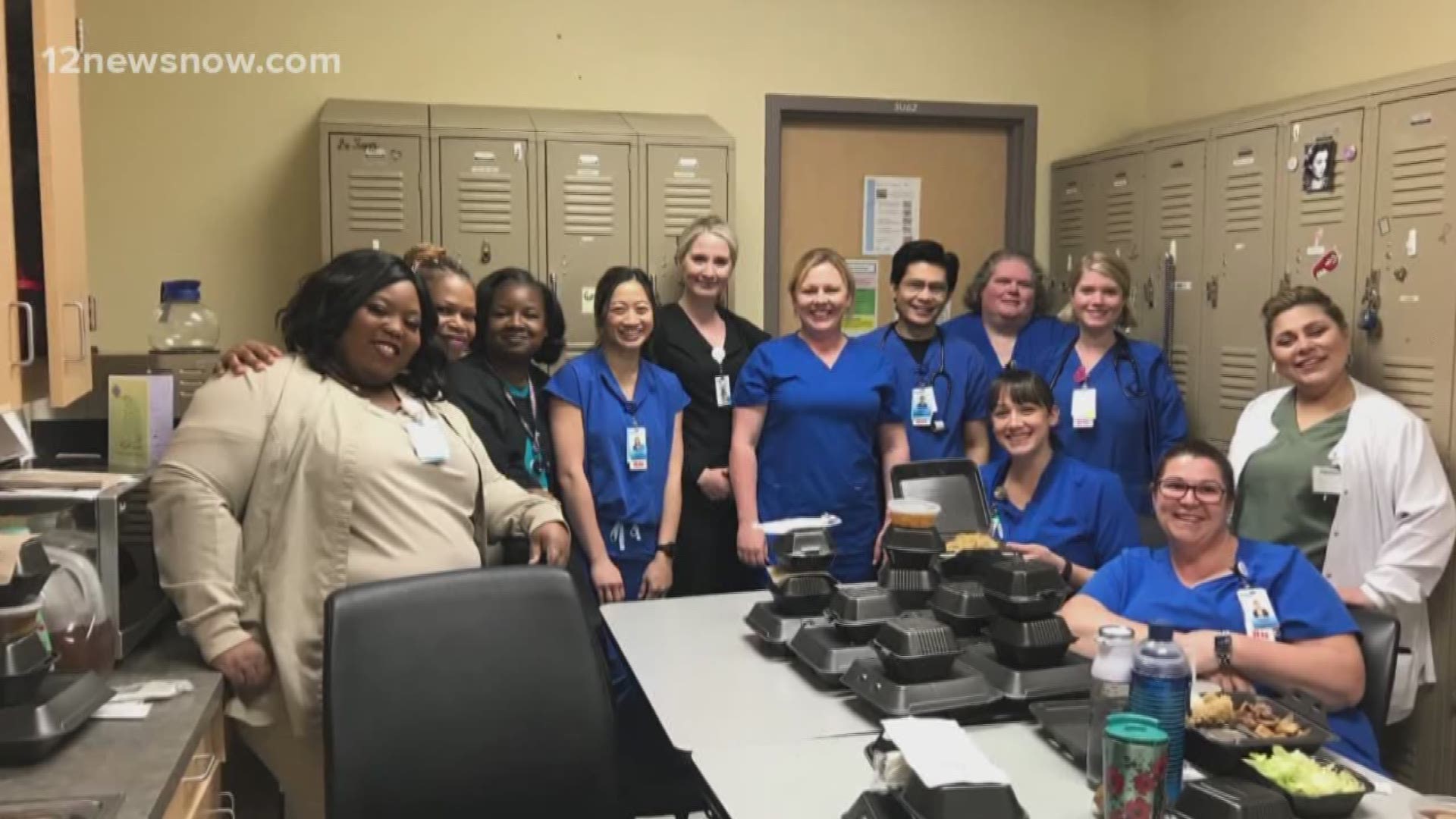 The CEO of Tokyo in Beaumont dropped off 100 plates at Baptist Hospital, but this isn't the first time he's stepped up to help out during a time of need.

During Harvey and Imelda, Min Dai was able to give out about 20,000 meals to first responders.

Dai says when things started to escalate with the coronavirus, he and his staff and Tokyo wanted to find ways to give back.

His family and friends donated money so that he could give out free meals to the first responders and health care workers and keep his staff employed.

On Tuesday, they dropped off 55 meals to the Jefferson County Sheriff's Office and the Southeast Texas Medical Center and on Thursday, they'll drop off 25 for St. Elizabeth hospital.

Southeast Texas has given my family so much over the years,  we've been here almost 25 years now so it's the least that i can do , it's just fortunate that we can do what we can do right now, and we'll keep doing it until we can't," Dai said.

With more national chains shutting down, Dai says now is a great time for other local restaurant owners to give back to the people who need it most.

He hopes by sharing his story, others will be inspired to step up and help out in whatever way they can.

$2 trillion coronavirus deal: Who will get stimulus checks and when?

SETX COVID-19 updates: Texas SNAP recipients could soon use benefits at drive-thru, 832 calls made for screening