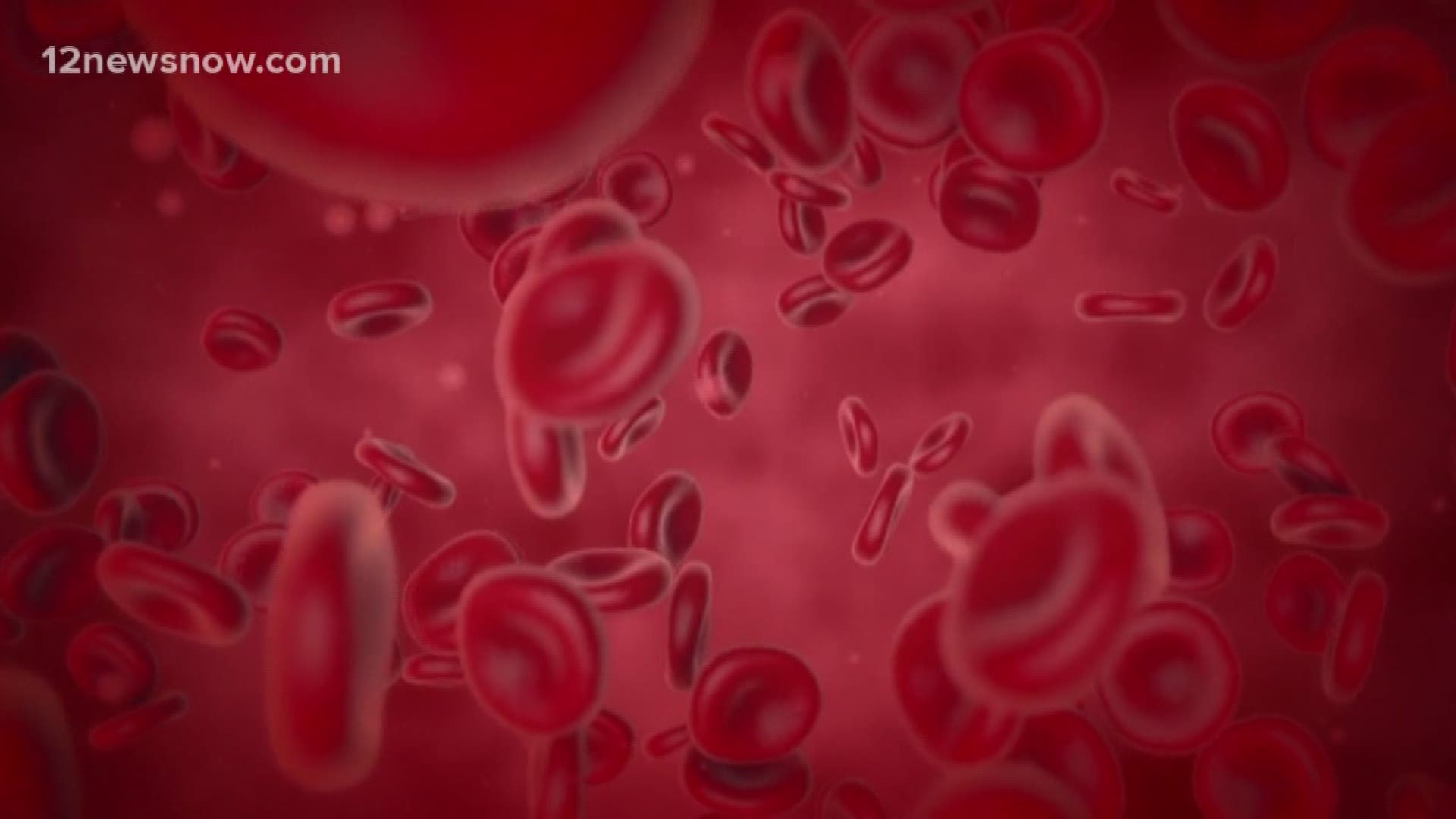 BEAUMONT, Texas — A Beaumont chiropractor has started offering antibody tests for those who think they've already had coronavirus.

"Everyone is thinking 'hey that really bad upper respiratory infection I had back in December January early February, was it COVID-19,'" said Dr. Tiffany Coronado.

If you think you've had the coronavirus, Dr. Coronado, the owner of Thrive Family Chiropractic and Nutrition, said the answer is probably still in your blood.

When we come in contact with the virus, Dr. Coronado says the first thing that elevates is what's called a viral load, which is the amount of the virus that is inside our bodies.

"Once our immune system recognizes all of this virus floating around our body, it starts to react by releasing antibodies," Dr. Coronado said.

"That one starts to really kick on the immune system and battle against the virus, and then eventually the antibody IgG kind of takes over after the IgM decreases."

"If you have not been infected with COVID-19, you will not have these antibodies unless you've been infected in the last few days to a week," Dr. Coronado said.

She uses a blood test from a Georgia-based company, RayBioTech, to determine if someone has the antibodies. Similar to testing blood sugar, Coronado uses a finger prick to draw blood.

"I suck it up in a little plastic pipette, mix it in the solution, take the drops from there, put it on. It looks like a little pregnancy test. Drop it in there, two to three drops, and then we wait eight to ten minutes, and record the results," She said.

The office will call, text or email the results by the end of each shift.

Currently, she's only testing for IgG antibodies, but soon she'll be able to test for IgM, too.

"The IgM elevate before IgG. So, if someone is asymptomatic but thinking that maybe they are still infected with the virus, we'll have a better idea if you are an asymptomatic carrier," Dr. Coronado said.

Those who test positive for IgM antibodies will still need to get the the nasal swab is to see if the virus is still inside them.

The IgG test costs $55, or you could get both the IgG and IgM for $75. Dr. Coronado says some insurance companies are reimbursing for the tests, and they're providing patients with insurance ready receipts to submit directly to their specific companies.

Dr. Coronado says the the results are fairly accurate.

“95% sensitivity, which is the true positive rate, and then 91% specificity for true negative, in the medical world anything over 90% is acceptable,” Dr. Coronado said.

Dr. Coronado says in theory, those who test positive with IgG antibodies and negative for IgM, should be okay to get back to work. However, they're still waiting on recommendations from President Trump to see how best to proceed.

The tests have not yet been reviewed by the FDA, but Dr. Coronado said they have been given emergency authorization status.

“We are using a specific company in Georgia that is has been vetted thoroughly, and we feel comfortable using them," Dr. Coronado said.

There's currently a two week wait list for those interested in testing.
To find out how to reserve your test contact the clinic. Dr. Coronado is ordering a new shipment Wednesday.

Dr. Coronado says as long as parents are comfortable, she can give the test to anyone over 1-2 years old. Those interested in taking the test do not have to be a patient of Dr. Coronado's. Their office is also still giving adjustments, and accepting new patients for chiropractic care.

Texas spent at least $11 million to handle unemployment claim calls, with more spending to come. Here’s where the money went so far 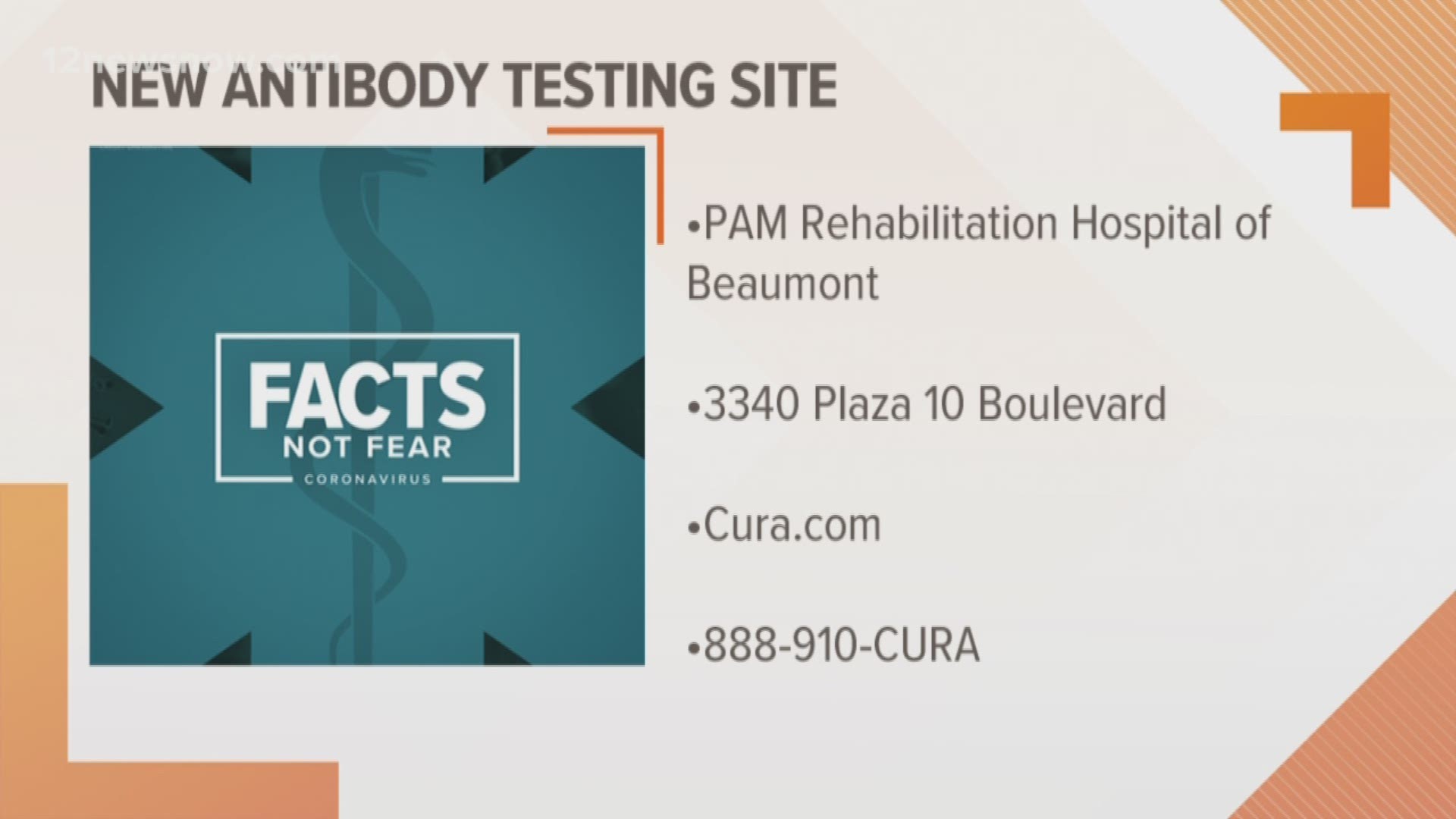