The Texas Attorney General cleared up any confusion late Thursday, just hours before the state's partial reopening plan was set to get underway. 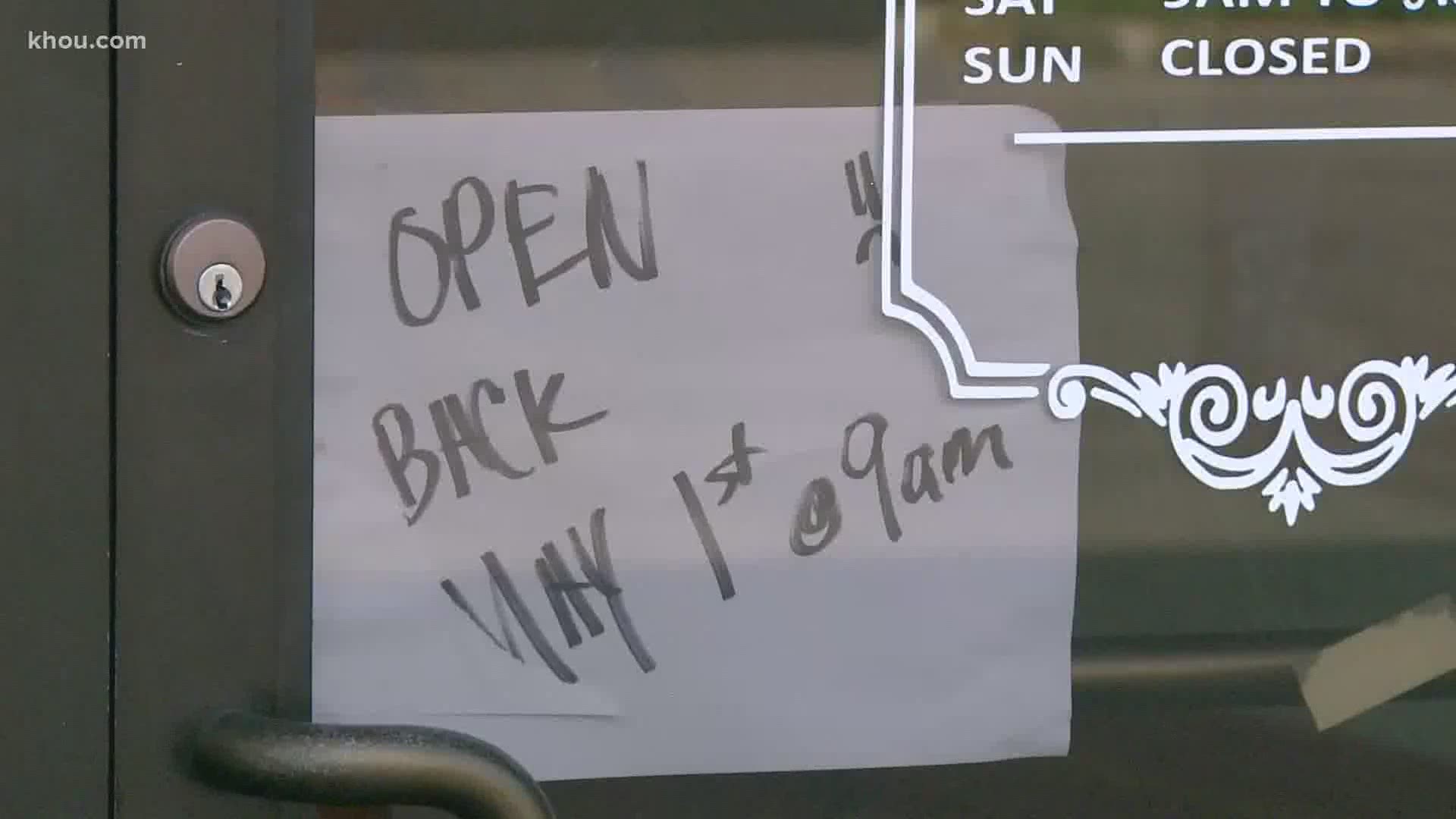 HOUSTON — Too open or not to open? That’s been the question for what some have called the grey area in Gov. Greg Abbott’s recent executive order.

In an opinion issued to Brazoria County Judge Matt Sebesta, Paxton's office refuted claims that Abbott’s executive order was “vague and unenforceable” in terms of what businesses could reopen Friday.

RELATED: Police shut down Houston strip club that opened at midnight as 'restaurant with entertainment'

“Local governments are prohibited from allowing businesses to reopen unless they are recognized as essential or reopened services under the Governor’s order,” wrote Ryan Vassar, a deputy attorney general for the AG's office.

That order by Gov. Abbott allows restaurants, malls and movie theaters to reopen Friday at 25% of their capacity.

Some local officials, including Montgomery County Judge Mark Keough, earlier said the governor’s orders were unclear and were prepared to allow all businesses to open Friday.

“That is the question we’ve been asking for the last three days. 'What do we do?'” said James Barber, owner of Blue Epiphany Vineyards in Montgomery County. “People love coming to our place, it’s a beautiful property and we’ve got fantastic wine."

Barber, a law enforcement officer-turned businessman, said the last month of curbside orders brought in 10 to 15% percent of his normal sales.

“There’s that balance that I have to find of too fast and too soon or going out of business," Barber said. “These people are left completely dumbfounded. They’ve got their local officials who they know on a first-name basis, shake hands with, trust and vote for and you’ve got state and federal officials telling them something different."

Barber’s playing it safe. He's keeping his tasting room closed for now, but is still offering to-go orders and opening up his 15-acre property to customers.

“I can’t think of a safer way to do it than coming out to a place where you can sit 300 to 400 feet from the next couple and you don’t have to worry about getting sick," Barber said.

The AG's office cleared any confusion Thursday, hours before the state is set to begin reopening Friday.

"Some services are neither essential nor reopened services for purposes of (the governor's order)," Vassar wrote before including a list of such businesses:

The AG's office noted that "all Texans must 'minimize in-person contact with people' who do not live in the same household, 'except where necessary to provide or obtain essential services or reopened services."

MORE ON THE CORONAVIRUS