"Our industry is in a time of crisis right now, we're losing employees and having to catch up on rents and bills and mortgages from three months ago." 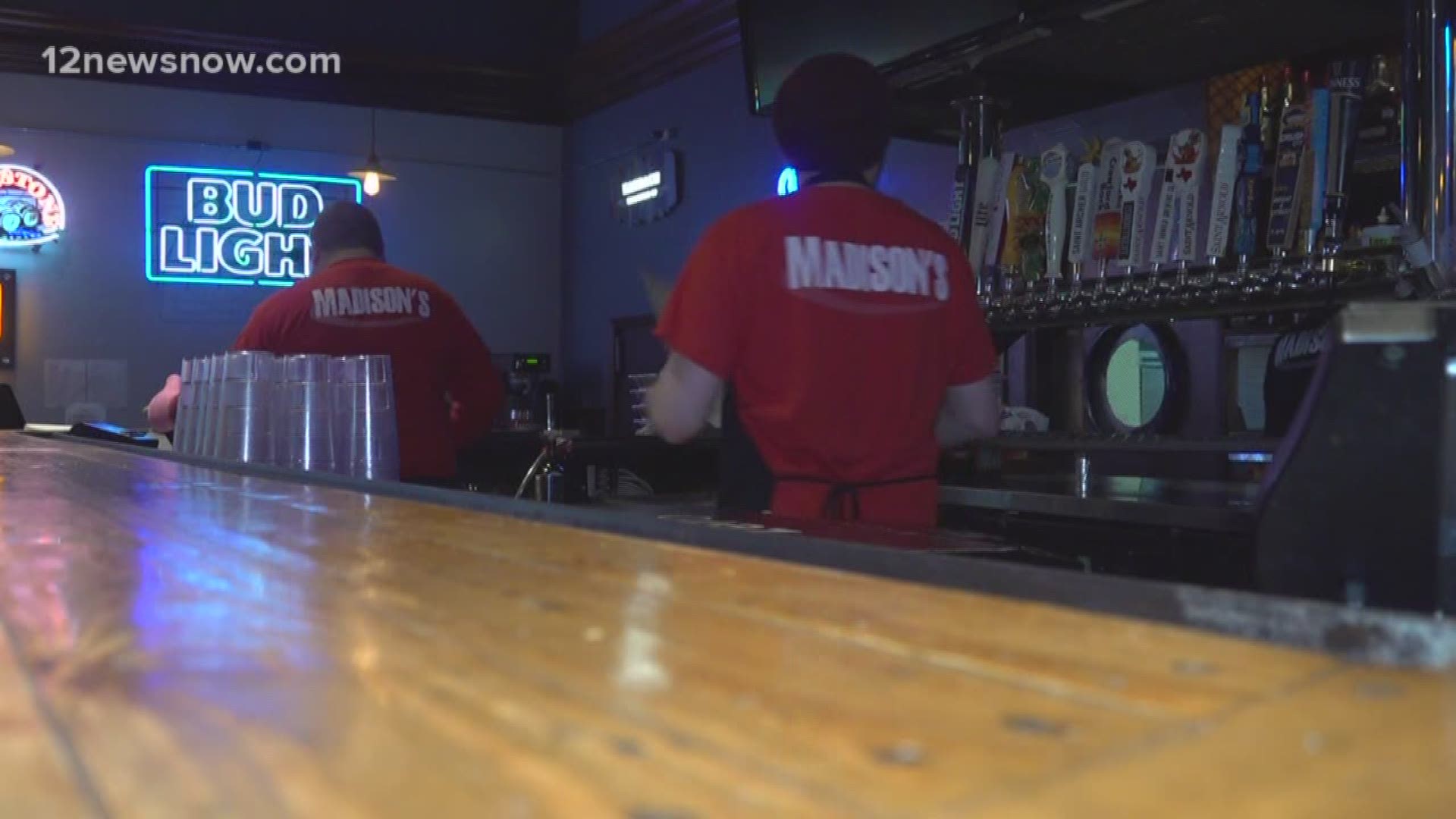 BEAUMONT, Texas — Bars in Texas had to close on June 26 because of Gov. Greg Abbott's executive order.

But the mandate may have inadvertently shut down many restaurants too.

Despite having a stage and bars, Frankie Randazzo says Madison's in Beaumont operates as a restaurant.

He says he was stunned when the Texas Alcoholic Beverage Commission told him Madison's must close to diners and serve only to-go orders.

The reason has to do with the original business permit Madison's chose to file under. The permit identifies establishments as bars if more than 51% of the business income is from alcohol sales.

Randazzo says at Madison's, that's not the case.

Its sales are 65% food. He says there's a long list of benefits to choosing a bar permit.

"Many restaurants across the state choose to take a 51 percent for a number of reasons. It's a strategy as a business, so if you do not meet the 60 percent threshold with the state, then you're not penalized for that. It also affects your leases and insurance policies," Randazzo said.

He says a strategic decision made pre-pandemic shouldn't be held against business owners now. But, there is a work-around according to Randazzo.

He wants other business owners to know about other options.

"There's not a potential work-around, there is a work-a-round. It's just a matter of us getting the attention of the Governor's Office and the TABC," Randazzo said.

He's trying to get a permit to allow Madison's to permanently operate as a restaurant to better reflect their business operation.

He says the TABC agrees they meet the criteria, but 'the delay is number one getting their attention in the time of a crisis.'

"Our industry is in a time of crisis right now, we're losing employees and having to catch up on rents and bills and mortgages from three months ago," Randazzo said.

He says local businesses of all types desperately need the support of surrounding communities.

"It's an involvement in the community that we've always felt strongly about and now the industry needs that support back from the community even more," Randazzo said.

Pentagon: US will respond if Russia bounty reports are true