The Soggy Bottom Saloon is not closing after the TABC issued a 60-day suspension after the owner's refusal to follow COVID-19 restrictions last summer. 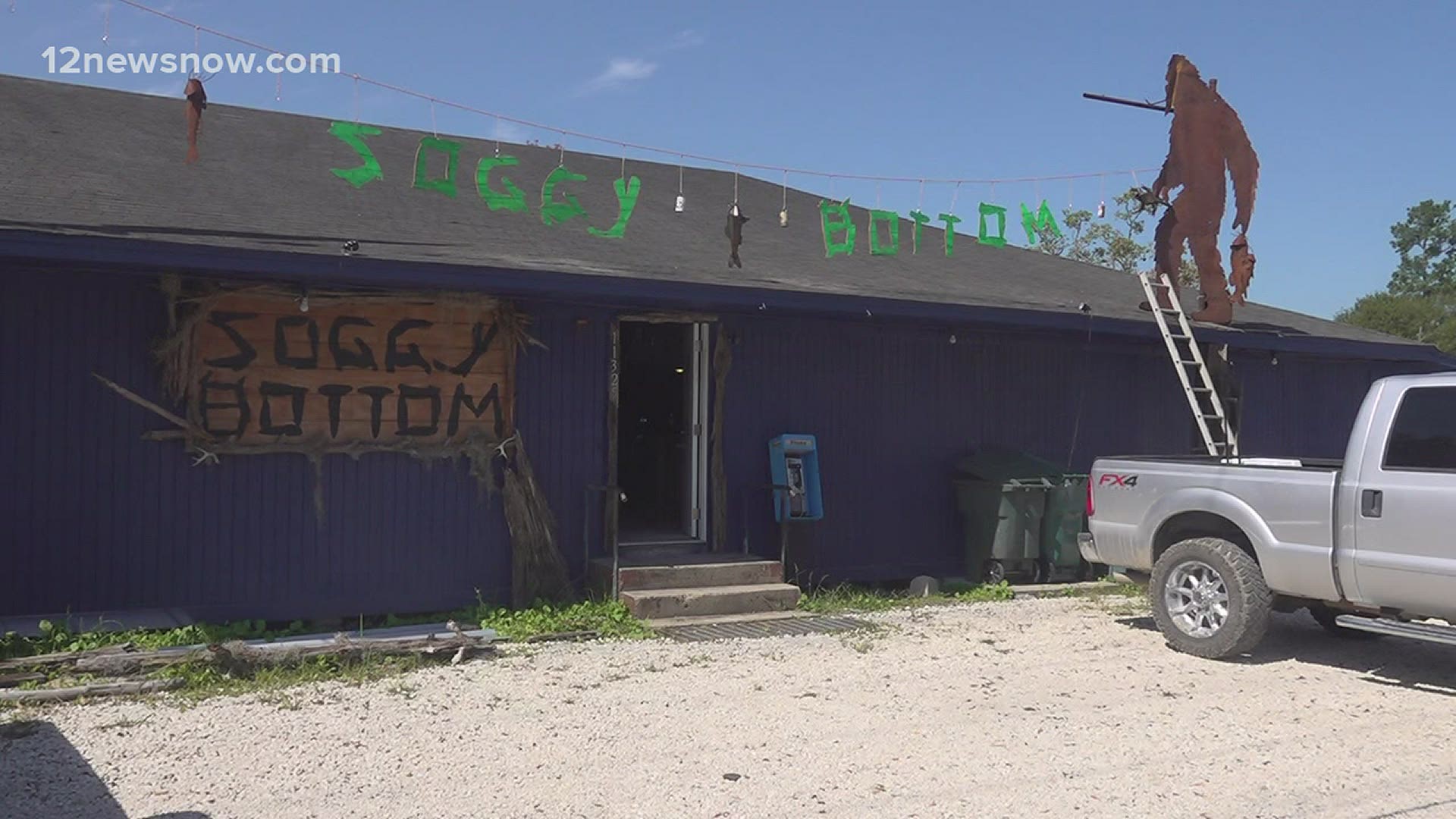 BEAUMONT, Texas — A Beaumont bar owner refused to back down after the Texas Alcohol Beverage Commission suspended his bar's license a second time.

The bar's first suspension came last summer, after the owner participated in statewide protests against COVID-19 restrictions. The Soggy Bottom Saloon is the bar that is the center of controversy, and it sits just off Eastex Freeway, tucked away in a Beaumont neighborhood.

Bobby Parham said he reached a point where he is tired of complying with state orders, which is why his doors have remained open, despite his suspension.

"They're doing this to us, now whose to say it's not to be your business tomorrow," Parham said in an interview last year, upset about all of the new COVID-19 restrictions.

"What the Governor has done — he has demonized the bar business," he said. "He has blamed us."

Months later, Parham's bar permit was suspended for 60 days by the Texas Alcohol Beverage Commission. The TABC cited the bar for violating the current orders on January 15, prohibiting the bar from operating outside of to-go only orders.

Beaumont lawyer Bruce Smith said this sort of protest may not be the best approach.

"You can't just stick your head in the sand and say no, I'm not just gonna do it," he said. "You've got to establish some type of credibility."

Smith said bar owners in Parham's position would be better off forming a coalition and taking this matter to court.

"Place it in the court and ask for a restraining order to stay the effect of suspending my license," he said. "Pending some type of hearing on an injunction. That's the way it has to be handled."

"I will not close this time," he said. "I will stand tall and see them in court one day and seek justice there."

The TABC said this decision could have consequences.

Jefferson County Judge Jeff Branick said in these matters, it is up to the TABC to enforce suspensions.