Gov. Abbott's executive order allows some businesses to open with several restrictions on May 1. 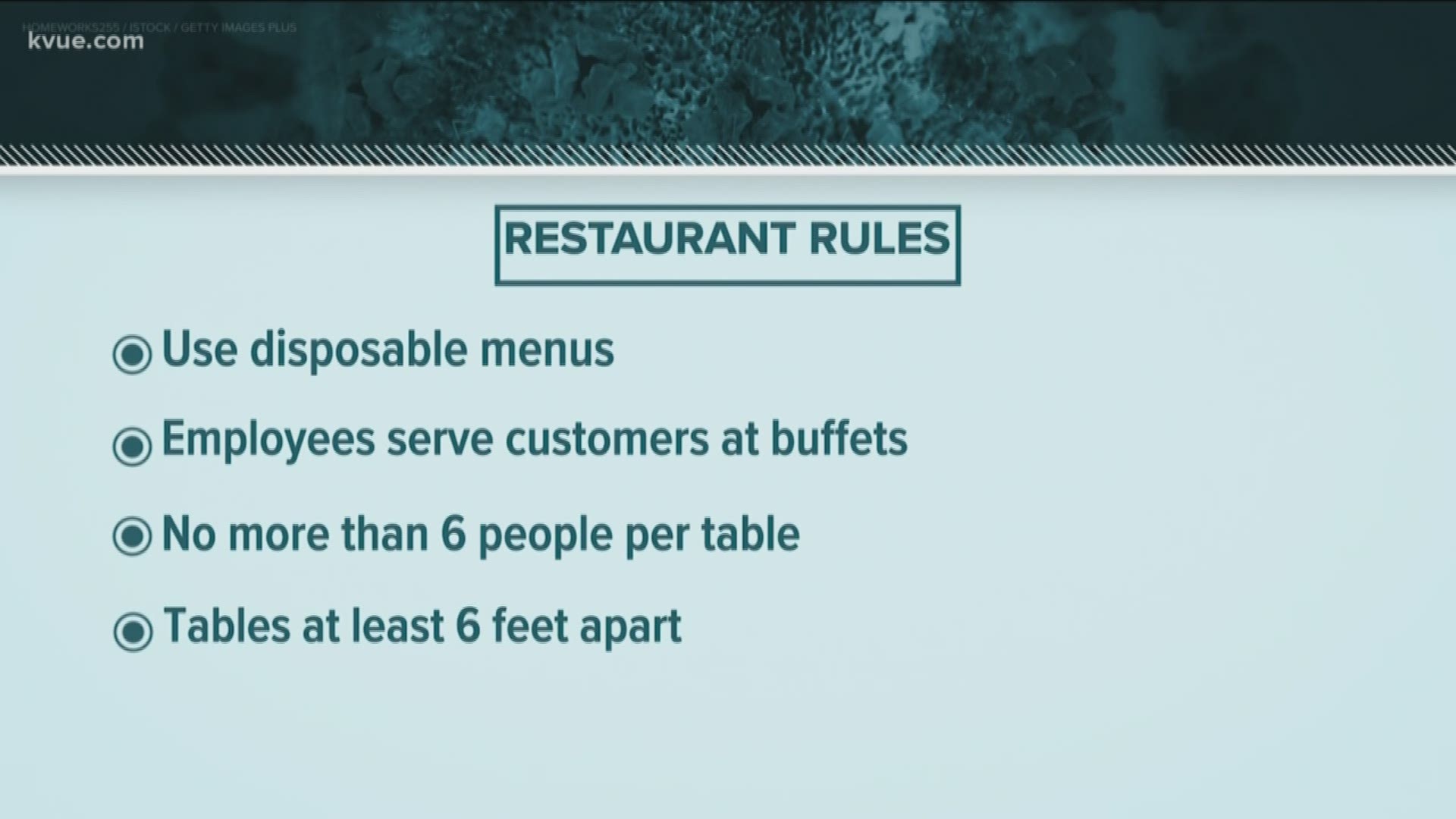 AUSTIN, Texas — There are strict guidelines for restaurants to follow when they open their doors Friday.

Restaurants must have disposable menus, employees must serve customers at buffets, no more than six people can sit at each table and tables must be at least six feet apart. Plus, eateries can never be more than 25% full.

But who is going to enforce these rules?

It turns out, the City of Austin is still working on the details.

"We have nothing specific to provide at this moment. We are currently still reviewing those orders and hopefully will have more clarity soon," said Jorge Ortega, a City spokesperson.

Austin Mayor Steve Adler had more clarity. He told Austin PBS he feels the governor jumped the gun with his executive order by opening businesses way too soon – but the City will handle enforcement like they handled the governor's other executive orders.

"Our overall scheme and rules are still enforced, but they've been modified to the extent that the governor has intervened and trumped us and now he's done it with retail again, he's done it with restaurants, 25%. He's done it specifically with face masks, you can encourage that but you can't mandate that," Adler said.

As for the county, Travis County Judge Sarah Eckhardt said enforcement of the orders will be complaint-driven.

"There's no way we have enough inspectors to go to every establishment and count heads. That's not in the realm of possibility," Eckhardt said.

Eckhardt said the governor's order to reopen businesses took her by surprise since Texas hasn't reached a two-week decline of COVID-19 cases – which she said is a federal guideline.