For the first time in the football program's more than 100-year history, the Fighting Irish will play in the ACC's 11-game season planned amid the pandemic. 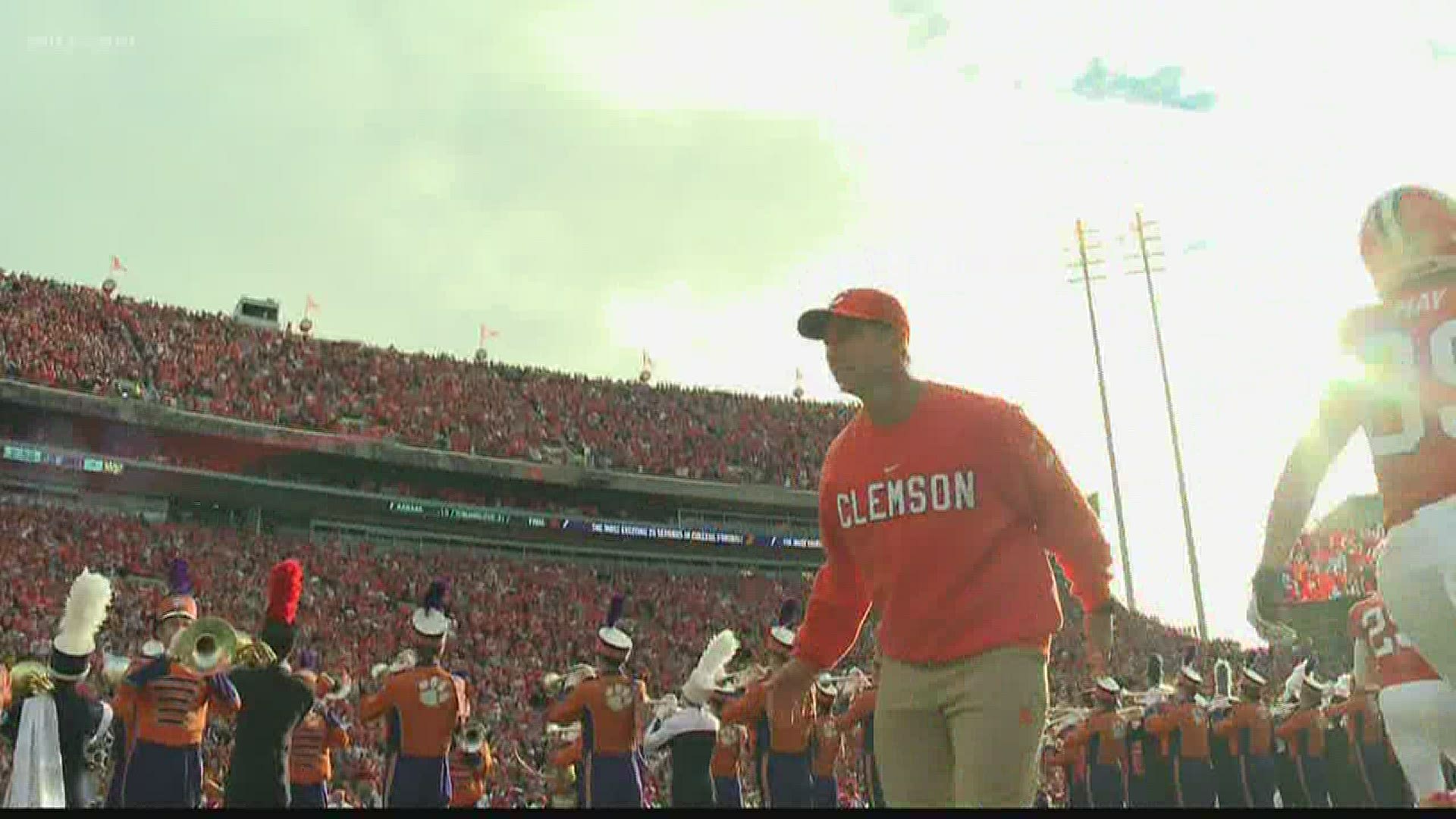 Editor's note: The related video above was published earlier this month.

The Atlantic Coast Conference announced plans Wednesday to stage 11 football games for each school with a schedule that will include Notre Dame, which is giving up its storied independence in a year rocked by the coronavirus pandemic.

The ACC’s 14 university presidents approved a plan for an 11-game schedule, including one nonconference game, and for pushing back both the first week (to Sept. 7) and the league championship game (from Dec. 5 to either Dec. 12 or 19).

The ACC will eliminate its traditional divisional format this season and the two teams with the best winning percentages in conference play will meet in Charlotte, North Carolina, for the league championship game.

Notre Dame, which competes in the ACC in all sports except football and hockey, will play in a football conference for the first time in the 133-year history of the proudly independent program — if the season is played. The COVID-19 pandemic is threatening to wipe out the fall season, but the biggest conferences are taking steps to try to mitigate potential disruptions to somehow play football.

Notre Dame already had a scheduling agreement with the ACC that puts five or six game with the league on the Fighting Irish schedule every year. They had six this season, including Clemson, Duke, Wake Forest, Georgia Tech, Louisville and Pitt. Added to that will be home games against Florida State and Syracuse and road games against North Carolina and Boston College.

Notre Dame lost three games on its original schedule against Big Ten and Pac-12 opponents when those conference decided to play only conference games. The Big 12 and Southeastern Conference have not announced any changes to their football schedules.

The ACC and Notre Dame also agreed to equally share TV revenue – including the Fighting Irish’s deal with NBC as an independent – among the 15 schools.

Credit: AP
FILE - In this Dec. 28, 2019, file photo, Notre Dame head coach Brian Kelly, center, runs onto the field with his players before the Camping World Bowl NCAA college football game against Iowa State in Orlando, Fla. The Atlantic Coast Conference and Notre Dame are considering whether the Fighting Irish will give up their treasured football independence for the 2020 season play as a member of the league. (AP Photo/Phelan M. Ebenhack, File)

The ACC said the nonconference game must be played in the ACC school’s home state – a move intended to save traditional instate rivalries such as Georgia-Georgia Tech, Florida State-Florida and Clemson South Carolina.

Additionally, any nonconference opponent must meet medical protocol requirements set forth by the ACC.