Paola Castillo was discharged Wednesday to a chorus of applause from medical workers as she left the hospital. 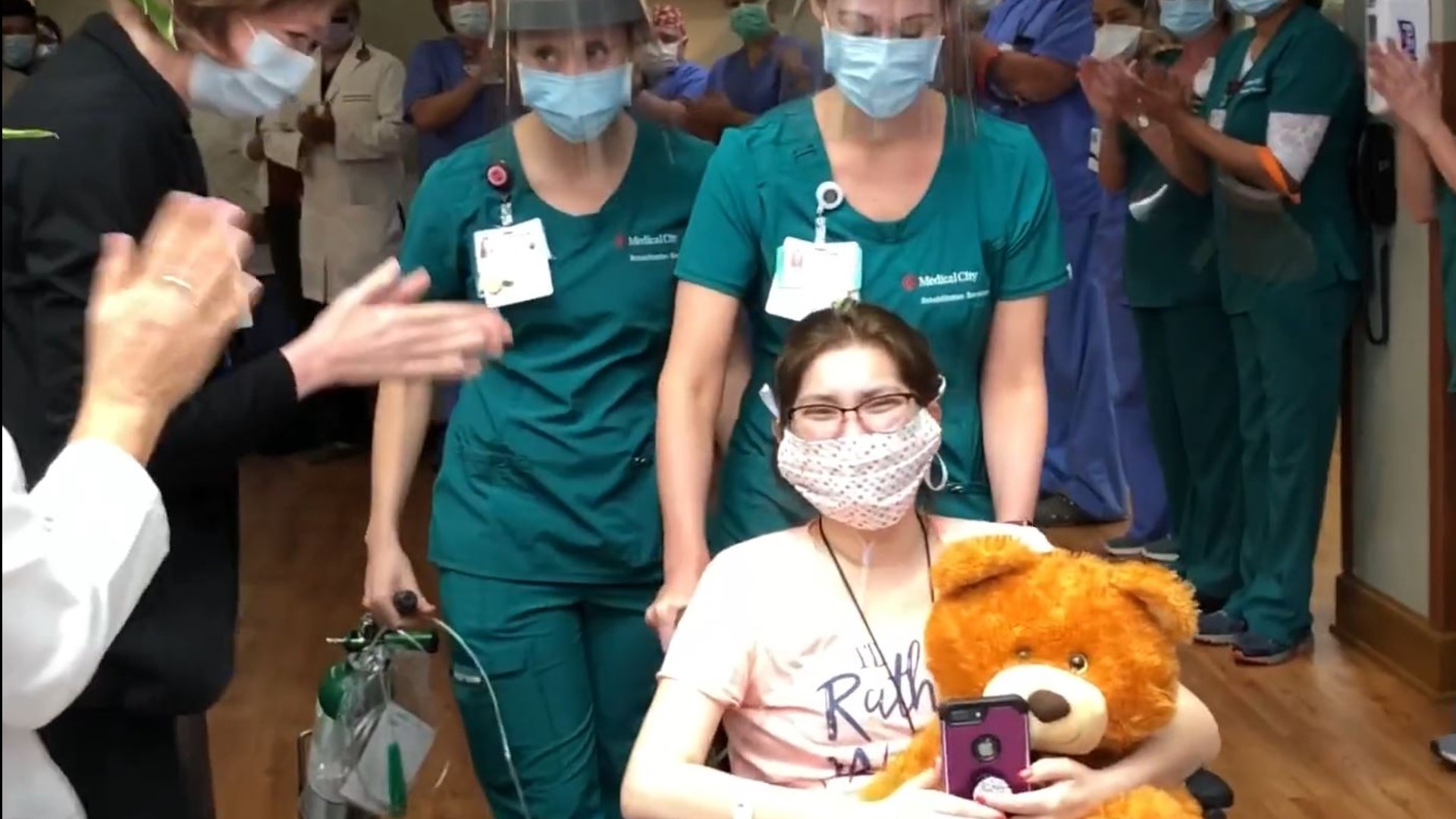 Paola Castillo was admitted to Medical City North Hills on April 27th, per a hospital spokesperson.

She was discharged Wednesday to a chorus of applause from medical workers as she left the hospital.

Castillo said she arrived at the emergency room coughing and struggling to breathe. She also had a high fever.

She saw her condition worsen fast, likely because she's a type 1 diabetic. Those with type 1 or type 2 diabetes may have an increased risk of severe illness from COVID-19 according to the Centers for Disease Control.

Doctors quickly made the decision to place Castillo on a ventilator in the ICU.

While resting at home with her family for the first time, Castillo said being placed on a ventilator was the last thing she wanted.

"I was coughing so much that I couldn't breathe," Castillo said. "I didn't want to get on the ventilator but the doctors told me that if I didn't I could die."

Castillo was hooked up to a ventilator in the ICU for more than a month, a hospital spokesperson said.

It was "touch and go" for Castillo in those moments, the hospital said.

"My husband told me that he was just waiting for the call, telling him that I was gone," Castillo said. "He told me that he didn't know if I was going to live the next day or not."

Castillo was slowly weaned from her ventilator and when she was finally off of it she had several big tasks to accomplish.

The 24-year-old had to learn to walk, eat and drink all over again. A number of her physical abilities had atrophied.

To this day, her voice is still cracked from being on a ventilator for so long.

"I've never been through anything like this in my life," Castillo said.

'It's just a miracle that I'm still alive'

Castillo credits her recovery to the doctors and nurses who cared for her.

"I'm so grateful because they believed in me whenever I didn't think I could do it."

Castillo thinks she got the virus from her job. She's a customer service representative inside an essential business.

She said her biggest regret was not wearing a mask early on during the pandemic.

Her advice to those her age is not to ignore her story.

"Take this seriously," she said. "Your life matters."