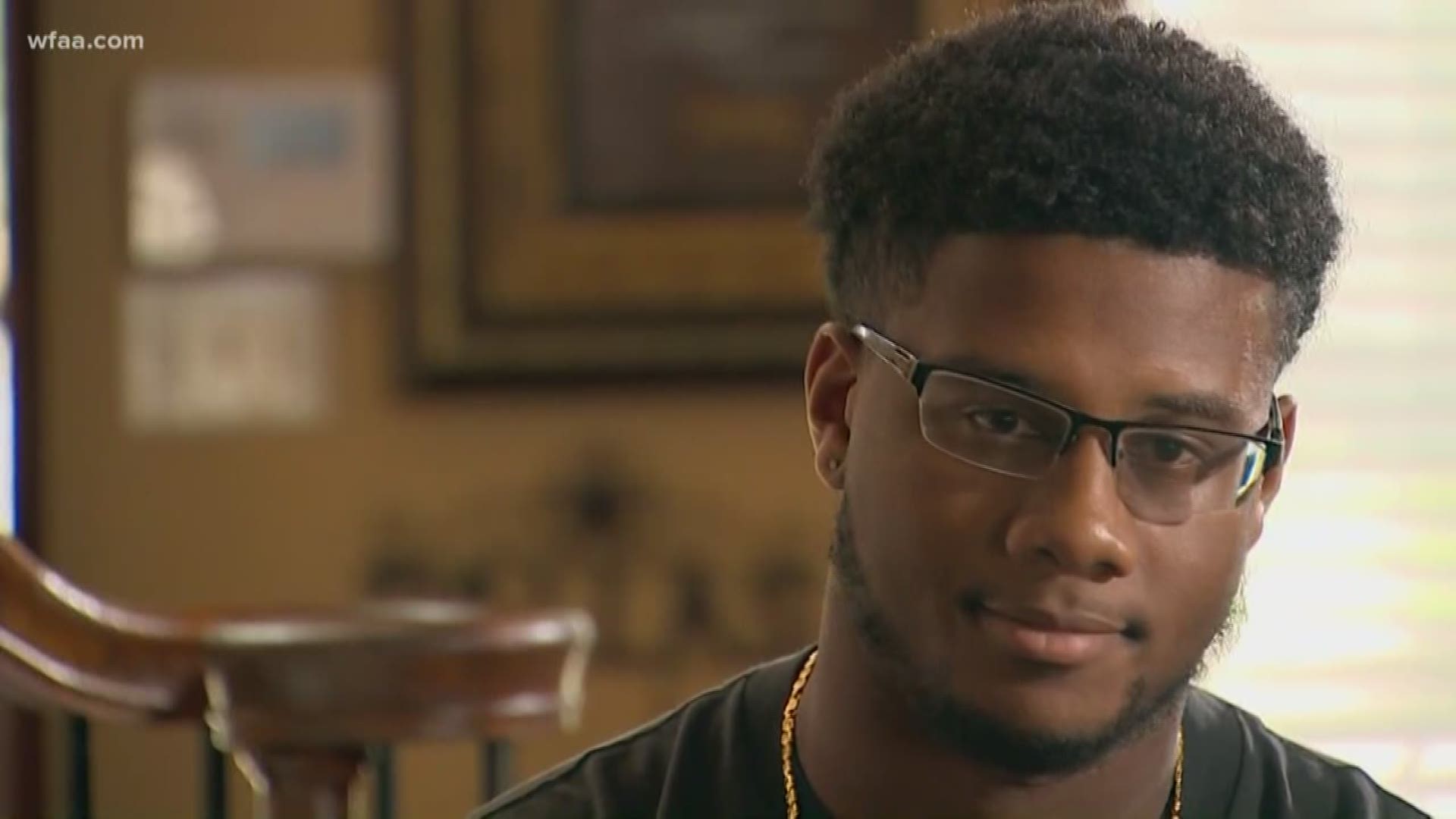 ARLINGTON, Texas — Patrick Alphonso Beck, Jr., of Grand Prairie, has been thrust into a position he wouldn't wish on anyone. The 21-year-old now shoulders the burden of his family name alone. The young man is living in his family's Grand Prairie home that is all too quiet right now.

Both his parents and his sister were all killed in early June by an impaired driver, according to Arlington Police. Jose Castro, 29, was the driver who hit Beck's family on I-20 in Arlington, police said.

"Everyday I wake up thinking what if they walk in the door?" Beck asks himself each morning.

Patrick Beck, Sr. and his wife Janet, both retired career military members, had rushed out to help their daughter Leah after her car broke down. It was 10:53 p.m. on Thursday, June 6. The parents had parked behind Leah. Police say Beck Sr. and Leah were standing outside the vehicles and Janet was sitting in one of the vehicles. Arlington Police say Castro slammed into all of them.

Castro was arrested for three counts of intoxication manslaughter.

"There's no one who can replace my mom and my dad and my sister. They were my backbone," Beck said.

And now, a 21-year-old is left to grow up faster than he ever wanted. Beck recorded a video and posted it to Twitter in his make-shift barbershop in his garage. In that video he sends a powerful message to the world, but mostly the Castro's, that lives changed that night.

"My parents can't speak anymore. My sister can't speak for herself anymore, so I have to be the one to speak," Beck said on the video posted to Twitter.

It has been more than a month since the incident and Beck said the majority of his time lately has been dealing with the aftermath of the tragedy. The bills, mortgage payments and calls from the insurance and Veteran's Affairs have not stopped, he said.

Beck said he is waiting for justice for himself and his family. Patrick said the only things that are helping him to survive is the support of his fiancée, his church, and all the spiritual family and friends who call in to check on him.

"God, how are you going to get me through this? God, how am I going to be able to keep going and live my life?" Beck asks daily.

A Gofundme page has been created to help Patrick with upcoming expenses.