Controversy has swirled around the University of Texas at Austin's alma mater song for months. 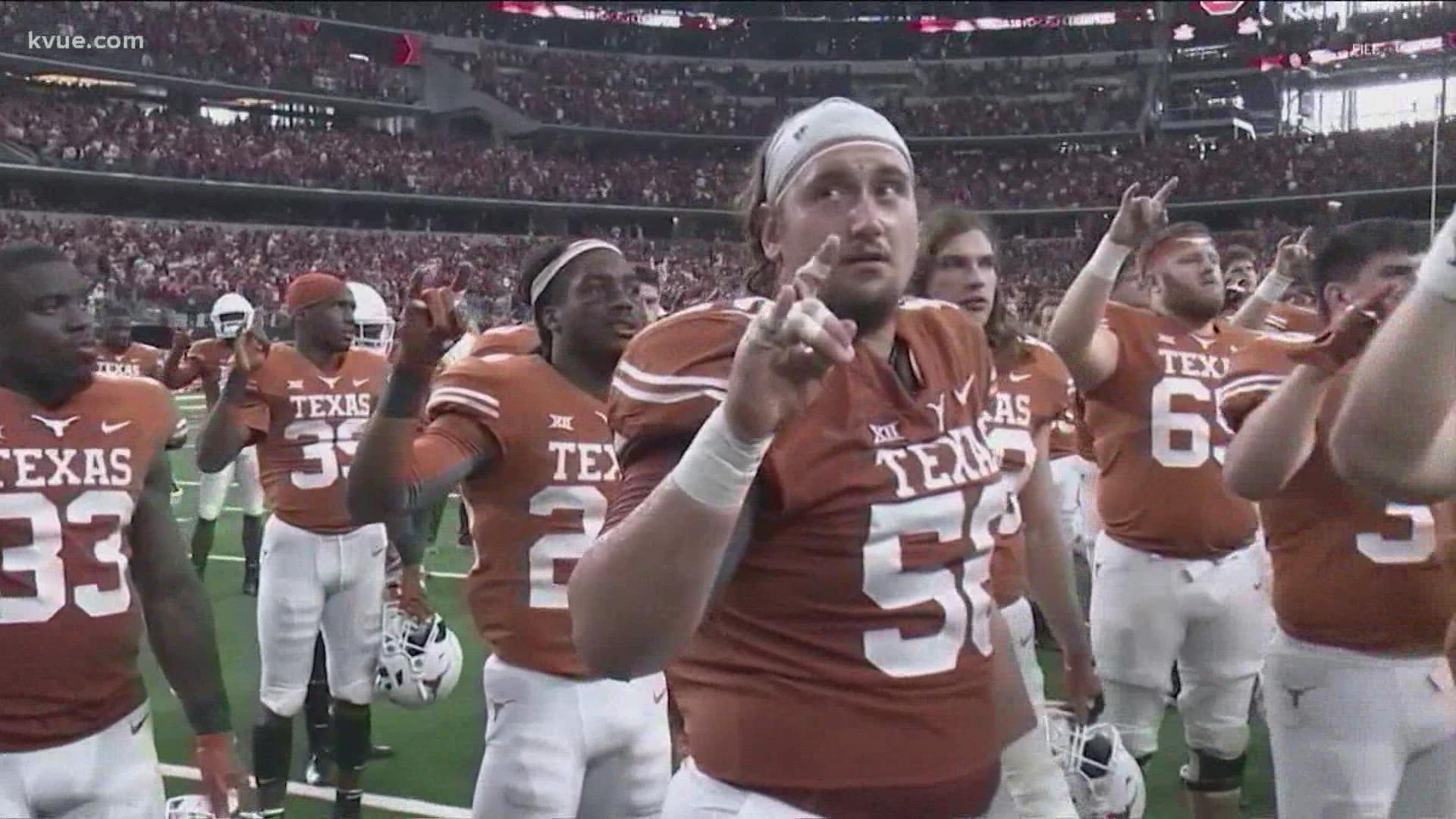 AUSTIN, Texas — The Texas chapter of the NAACP, along with the organization's University of Texas at Austin chapter and a group of students, has filed a federal civil rights complaint about UT Austin's continued use of the song "The Eyes of Texas."

The complaint, filed Friday with the U.S. Department of Education's Office of Civil Rights, alleges that the university is creating a "hostile environment" for Black students by continuing to play the alma mater song at university events. The complaint alleges that Black students have been denied the full benefits of student life because the song is an official part of the university "despite its racially offensive origin, context and meaning."

RELATED: Here's the history and origins behind UT's 'Eyes of Texas' lyrics

In March, UT announced it would continue playing the song after its "The Eyes of Texas History Committee" concluded there was "no racist intent" associated with the song. The committee said "The Eyes of Texas" – which was debuted at a minstrel show in 1903 by singers who were likely in blackface – first appeared during a time where racist settings were "exceedingly common."

UT students have protested the playing of the alma mater song as recently as last month.

The complaint says UT failed to respond to racial harassment against Black students and others who oppose "The Eyes of Texas," violating Title VI of the Civil Rights Act. The complaint also argues that UT's decision to create a separate marching band for students who don't want to play the song violates equal protections afforded under the Fourteenth Amendment.

UT did not respond to the Texas Tribune's request for comment, and a Department of Education spokesperson said it does not acknowledge complaints unless they have been accepted for investigation. The department updates its list of investigations on a monthly basis, according to the Tribune.

The president of the Texas NAACP told the Tribune that the groups initially tried to work with UT leaders to get them to do away with "The Eyes of Texas" but were unsuccessful. They decided to file the complaint because students said the campus climate surrounding the song had gotten increasingly tense throughout the spring 2021 semester.

The president of the UT chapter of the NAACP told the Tribune that Black student groups also met with university administrators to discuss their concerns about the song without success.

The complaint was filed one day before the first Texas Longhorns football game of 2021, where "The Eyes of Texas" was performed by the Longhorn Band.

WATCH: New group calls for UT to remove "The Eyes of Texas"