The Mary and John Gray Library was damaged by Hurricane Delta, but the building is still on schedule for a remodel, coming up at the start of 2021. 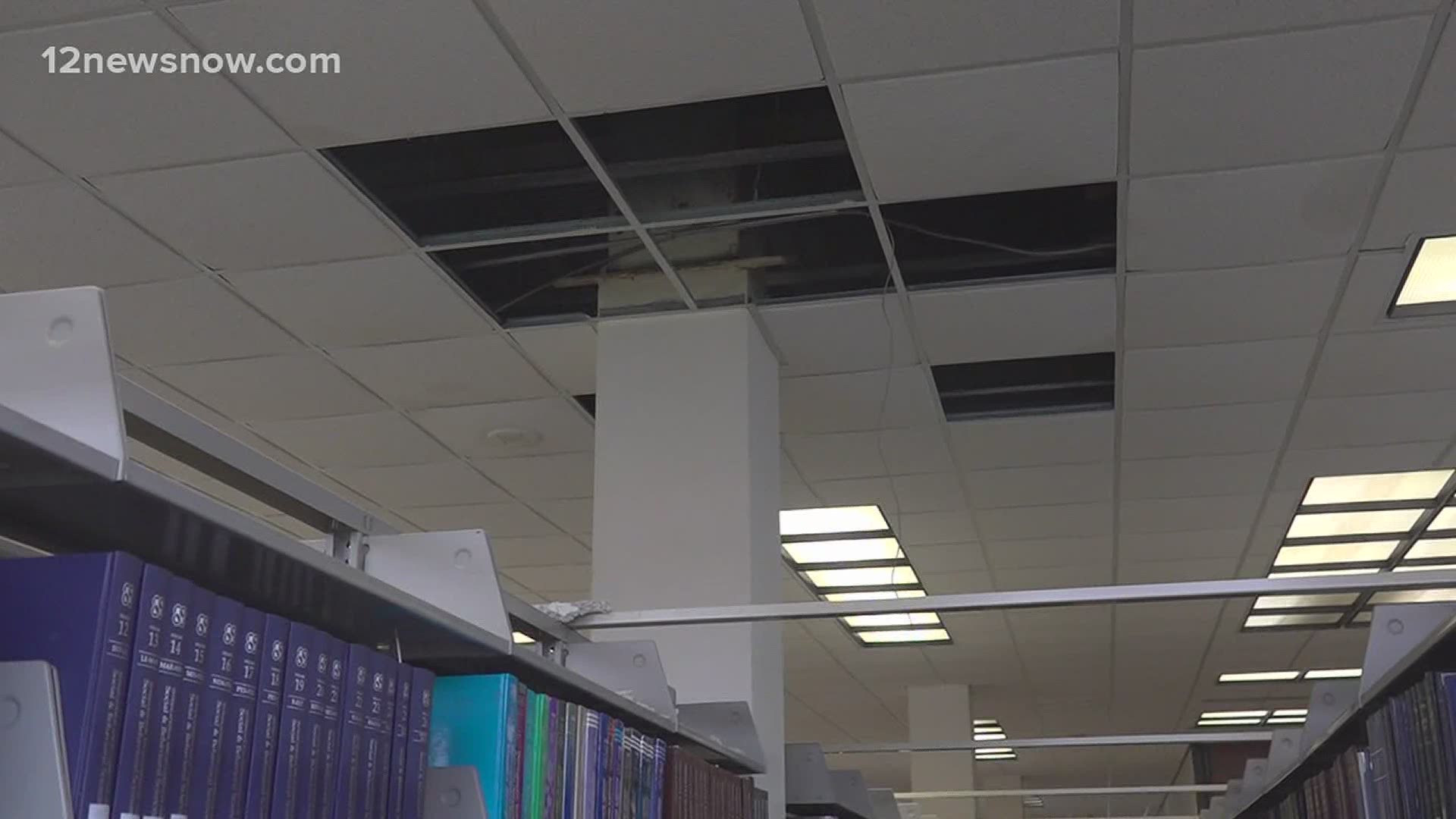 Here is a look at the damage left behind at Lamar University's campus library.

The Mary and John Gray Library was damaged by Hurricane Delta, but the building is still on schedule for a remodel coming up at the start of 2021.

Library manager Kirk Smith said the damage left behind by the storm further highlights the need to remodel the 47-year-old building, starting with the windows and ceiling tiles.

"The windows need to be probably recaulked and water got in from all the floors," Smith said. "You'll never be 100 percent positive where all the water came from, you know it's rainwater, but you just deal with the damage, and you move forward."

While repair work is now underway, Smith said he will soon shift his focus to the library's upcoming remodel.

"We're gonna get a sprinkler system for our fire protection, and then we're gonna hopefully get a real renovation," he said. "Move into LED lights, move into better arrangements of the floors. Hopefully get some better power, so we can have more laptops and computers work better in the building, and then hopefully that damage can be absorbed into the remodeling stuff."

Smith said he hopes there will not be any setbacks and he looks forward to the new upgrades, which include new elevators.

"They have people looking at the building and how they can fix it," he said. "They have a budget for the building, and hopefully we can get it moved forward and get the remodel done."

The remodel for the building should take two to three years, Smith said. The cost of the remodel could depend largely on the extent of Delta's damage.

"It's kind of hard to float any numbers around without knowing the extent," he said. "Even with houses, I think when you open up a wall, you don't know how damaged it is. You know, you wanna cut two feet of sheetrock and you end up cutting four feet of sheetrock. Well then, that's gonna cost you more."

The library has seen its share of storms over the past 47 years, with Hurricane Delta being the latest to leave its mark.