The move from the area's largest school district has some parents asking a few questions and throwing a lot of family's routines into a frenzy. 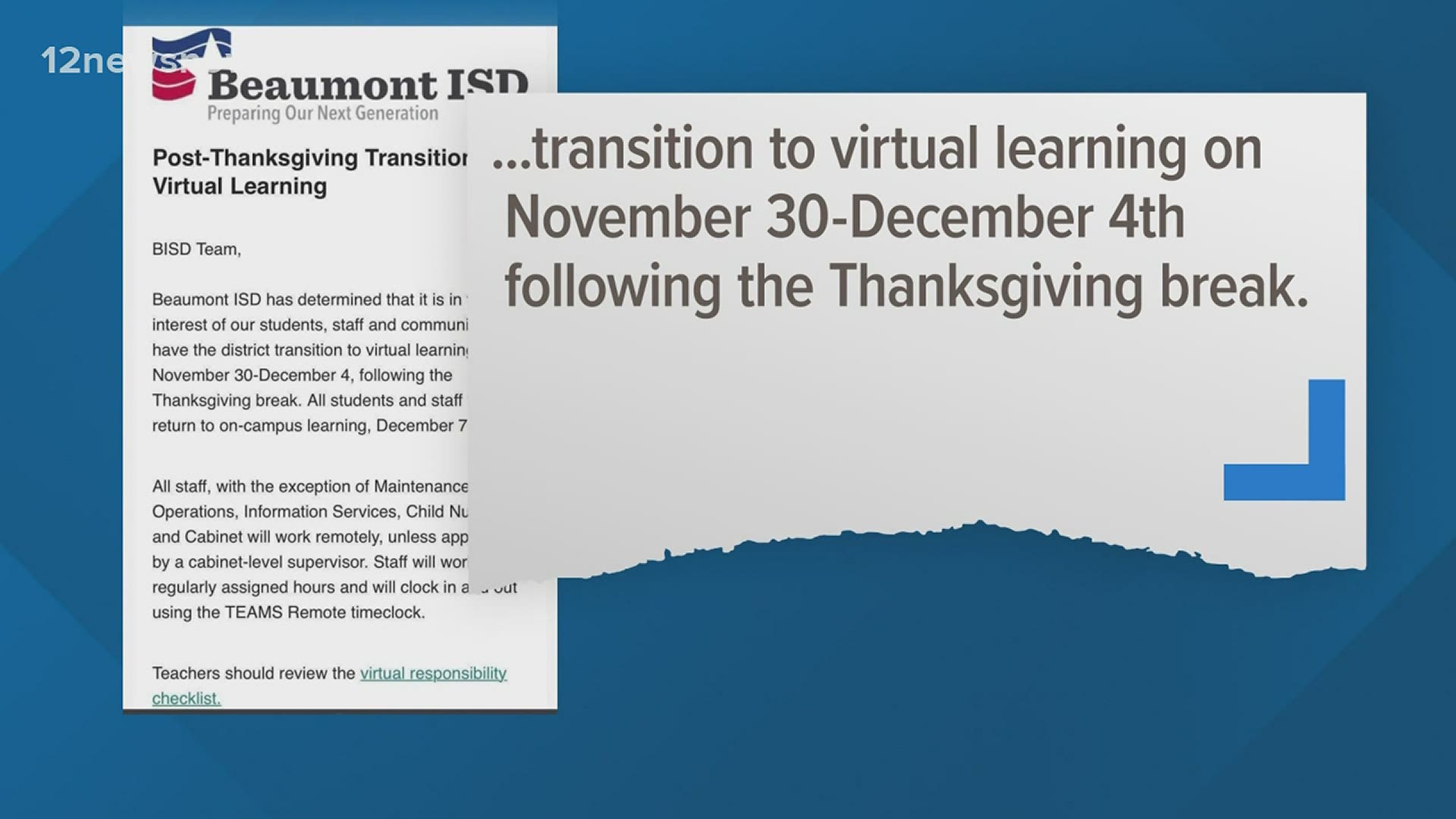 BEAUMONT, Texas — Beaumont ISD announced it will move all children to virtual learning for one week after the Thanksgiving break.

The move from the area's largest school district has some parents asking a few questions and throwing a lot of family's routines into a frenzy, according to a Beaumont Facebook group.

Whether to keep the classrooms open or closed is a decision that Beaumont ISD administrators say they had to consider, as they try to keep people safe.

We've heard it all before: Don't gather for thanksgiving protect grandma and grandpa.

“We're seeing a spike here in Southeast Texas. So, I think anything to cut down on transmission is the right direction,” said Dr. Monshti Levine, of Beaumont.

Beaumont ISD’s post-thanksgiving plan is for students and staff to head back to their kitchen tables and laptops temporarily.

RELATED: Beaumont ISD students will learn virtually during week after Thanksgiving break
“Schools, hospitals basically America is trying to figure out how to protect themselves but carry on as usual, especially during the holiday season,” Dr. Levine said.

Many doctors expect families will not follow all of the recommendations for safe thanksgiving gatherings.

As a result, Beaumont ISD will transition to virtual learning between Nov. 30 and Dec. 4. The district's decision has been met with mixed emotions. One parent took to Facebook saying "Why only one week? Can we continue virtual learning until next year?"

The district released a newsletter Wednesday saying in part that the decision is in the best interest of everyone.

12News asked Dr. Levine if one week of virtual learning is long enough to protect people from the virus.

“One week, in my opinion, is a little short. Probably more along the lines of three or four weeks," Dr. Levine said. “Because of how the virus typically behaves and when someone gets infected, it normally takes them several days to become symptomatic.”

Bridge City is one of the districts that will not be returning back to the classroom after thanksgiving to count for an expected rise in cases.

“Everyone is doing different things. I mean, that's really the name of the game at this point,” Dr. Levine said.

12News reached out to Beaumont ISD to see if there could be any possibility of extending virtual learning for more than a week. We have not received word back yet. 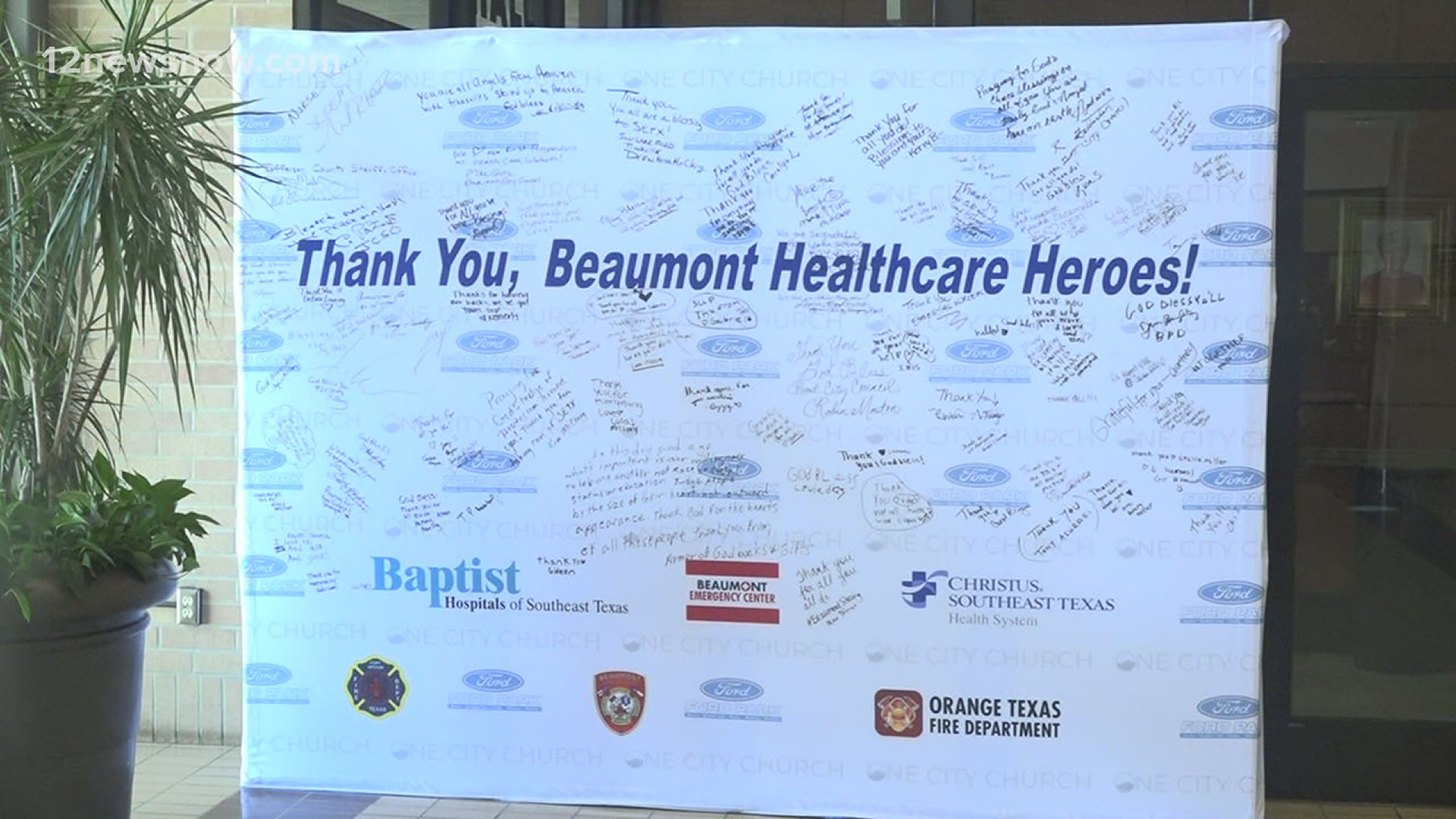