The TEA says it is standard to appoint a conservator to oversee the transition process. 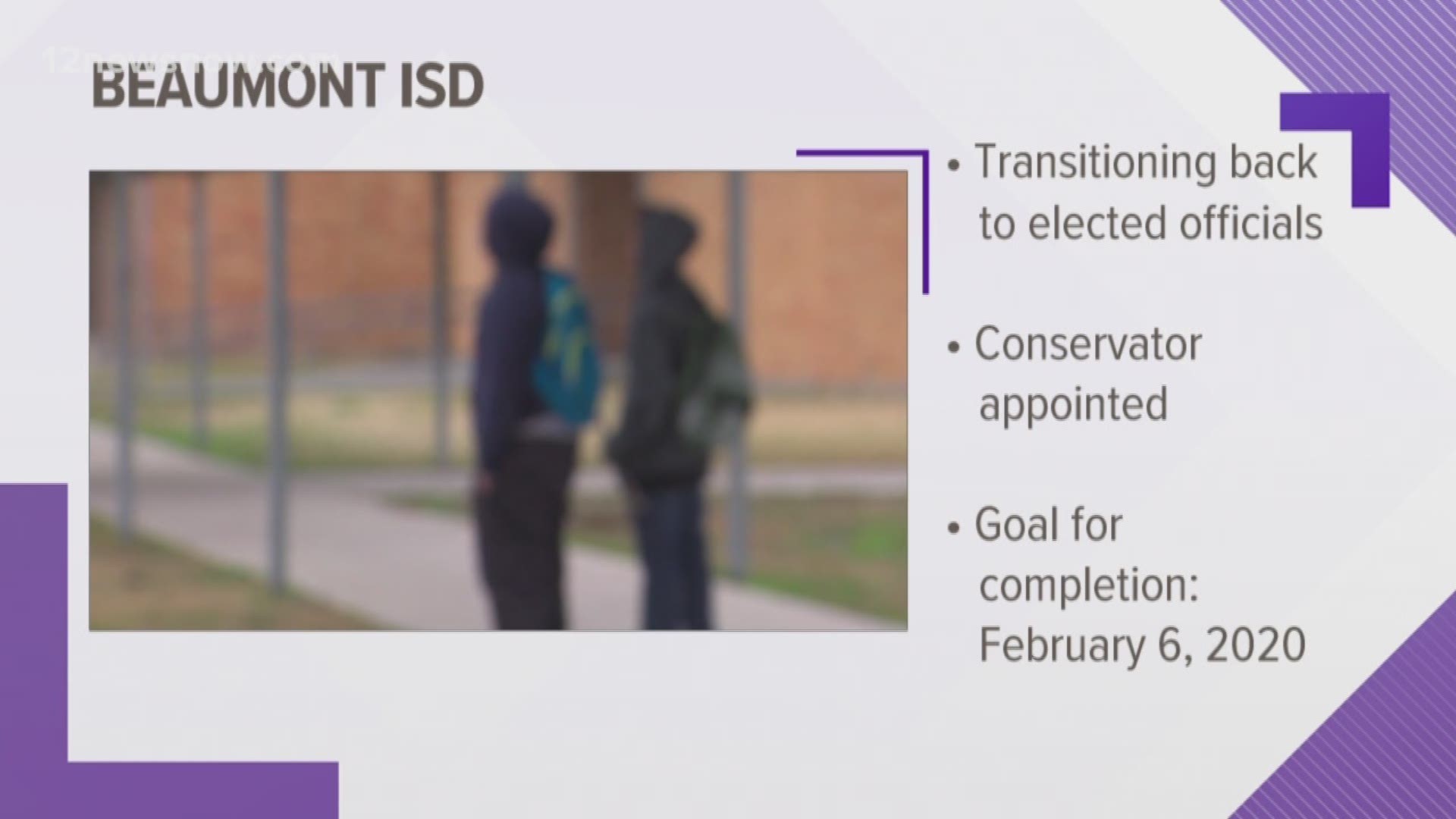 BEAUMONT, Texas — The Texas Education Agency (TEA) is working towards transitioning Beaumont ISD back to being under the control of local elected officials.

Johnny Brown, former Port Arthur ISD superintendent who resigned in 2013, was appointed by the TEA as Beaumont ISD's conservator for the transition. Beaumont ISD spokesperson Hannah LeTulle told 12News by phone that Brown will be the conservator.

But former State Board of Education Member David Bradley said Dr. Brown's name is being reconsidered and other candidates are being interviewed for the post. He said he is certain a better qualified candidate will emerge.

Bradley said the process could take several weeks and Board President A.B. Bernard will remain with the district for the time being.

The district has asked for a review of the conservator process.

The non-elected board of manager's authority is set to expire on February 6, 2020.

The TEA notified Beaumont ISD June 7 in a letter that the move to name a conservator is "to facilitate the transition of full return of governance of the district to the elected board of trustees."

The TEA's letter also said the appointment of a conservator is not a reflection of BISD-related concerns, and it is standard practice to appoint a conservator in the process of returning elected officials on a school board to local control.

BISD has been under TEA management since July 2014.