BEAUMONT, Texas — Two years ago, if you told Quarde Alfred he'd be a kindergarten teacher, he wouldn't have believed you.

"I would've looked at you like you're crazy. I'm not gonna be no school teacher," Alfred said.

At the time, he was a janitor at Lucas Pre-K in Beaumont.

He says he hit rock bottom right before moving back to Beaumont from Atlanta.

"At that time, I knew that I needed a job. A man that don't work, don't eat," Alfred said. "I know I have a degree, I know I've been off to college, but that didn't matter to me at the moment."

Cleaning classrooms and scrubbing toilets gave Alfred a lot of time to reflect on what he wanted to do with his life.

"Literally, I would just get up in front of the classroom, and just pretend that I was teaching. I called them invisible children at the time," Alfred said.

It could have been Alfred's infectious laughter that led the kids to love him when he was working as a custodian.

"They called me Mr. Q at the time, and literally some of the teachers were like please don't walk in the hallway when the children are out because when they see you, they just immediately bum rushed me," Alfred said.

It wasn't long before Alfred became a certified teacher through Beaumont ISD's 'Grow Our Own' program. Now, he's in his first year teaching at Homer Drive Elementary.

One of the most rewarding moments so far was when a student who saw that his teacher looked just like him.

"He looked at me and he had like this serious look on his face and I was like 'oh my god, what is he finna say to me,' because he's looking at me so seriously, and he said Mr. Alfred, can I touch your hair? Can I touch your hair? And you know what I did, I bent my head down and I let him touch my hair," Alfred said.

That's when he knew, he's right where he belongs.

"I found peace in that moment, and it gave me strength to know that, if I continue down this path, how many lives am I gonna touch?" Alfred said.

Alfred has had multiple careers, but says teaching saved his life. He wants to continue to inspire as many students as possible. 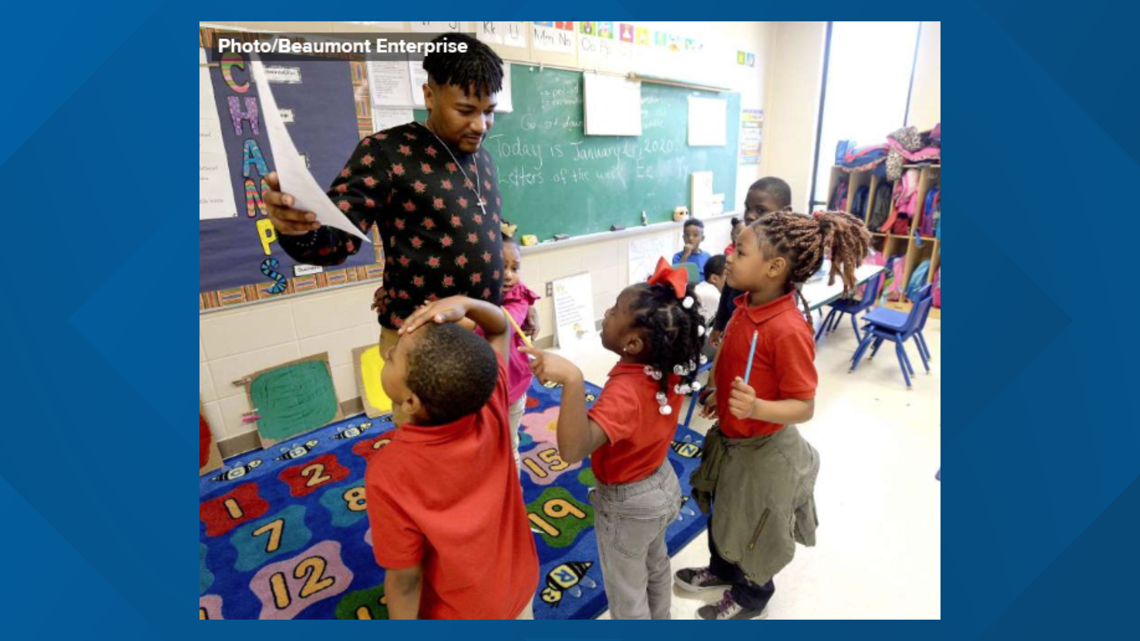