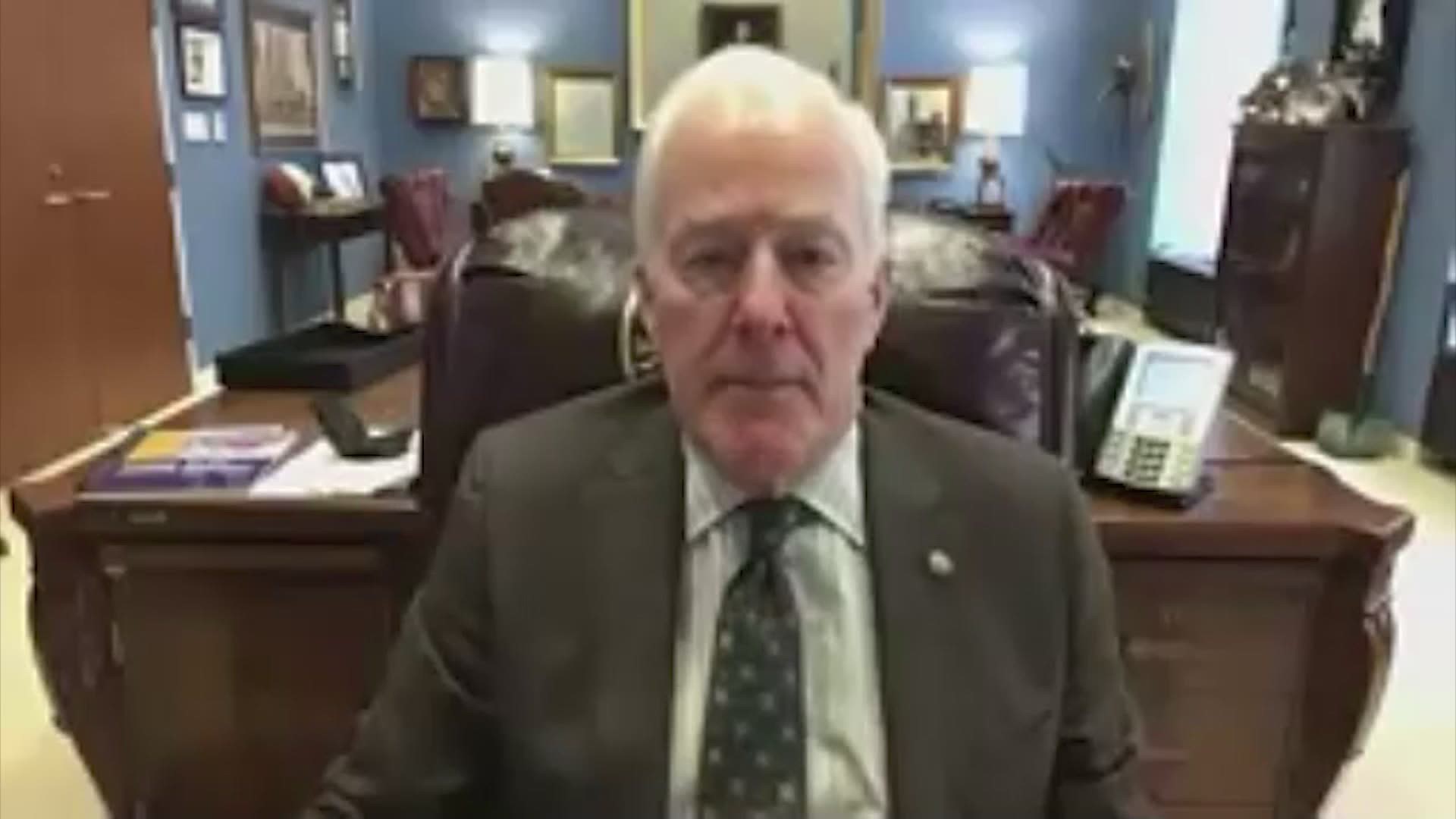 HOUSTON — Monday, the U.S. House of Representatives is expected to deliver articles of impeachment to the U.S. Senate.

PRESIDENT DONALD TRUMP’S IMPEACHMENT- HOW WILL YOU VOTE?

“I think it was a big mistake to give that speech in front of this large crowd and then to tell them to go to the Capitol, because unfortunately, when mobs get together, the lowest common denominator usually defines that group of people,” Cornyn added. “And that’s what happened here. I think what we need to hear is what really the president intended, because incitement is really about your intention. Are you trying to rally people to violence, which would be the definition of incitement to riot, or are you exercising your free speech rights? We need to hear some more detail about that. And the burden of proof is on the impeachment managers to produce that kind of evidence if they expect to get a conviction.”

“Based on what we saw on TV and social media and what we saw in person. I'll reserve judgment until after I hear their case,” Sen. Cornyn said.

WHAT IS YOUR OPINION OF PRESIDENT JOE BIDEN’S IMMIGRATION PROPOSAL?

“I think we do need to work on our broken immigration system, where I would start is with the DACA recipients,” Cornyn said. “They came here to this country as children, and we don't hold children responsible for the mistakes that their parents make. So that would be a good place to start. I think it would be a confidence building measure and maybe give us the ability to move on and do other work on other aspects of our immigration system.”

“This has been one of my biggest disappointments since I've come to Washington, is our inability to work together, to come up with a with immigration reforms,” Cornyn told KHOU, “so far, they have done nothing but announce it. I'm hoping that will be followed up by some meaningful consultation and opportunities for bipartisan input.”

WHAT WOULD IT TAKE TO MOVE THE COUNTRY PAST THE INSURRECTION?

“I would say President Biden gave a very inspiring speech at the inaugural. I attended the inaugural. I thought that was important to demonstrate that we were involved in a peaceful transition of power,” Sen. Cornyn said. “But he called for unity. And unfortunately, as happens sometimes here in Washington, you've got to not only listen to what people say, you've got to watch what they do. And the first day he was in office, he signed 17 unilateral executive orders. I would have hoped that he would reach out to Congress and say we need to work together. I think in the end we're all interested in getting things done for the country, moving past this terrible event, learning from it, making sure it never happens again, but trying to continue to do our work here for the benefit of the American people.”