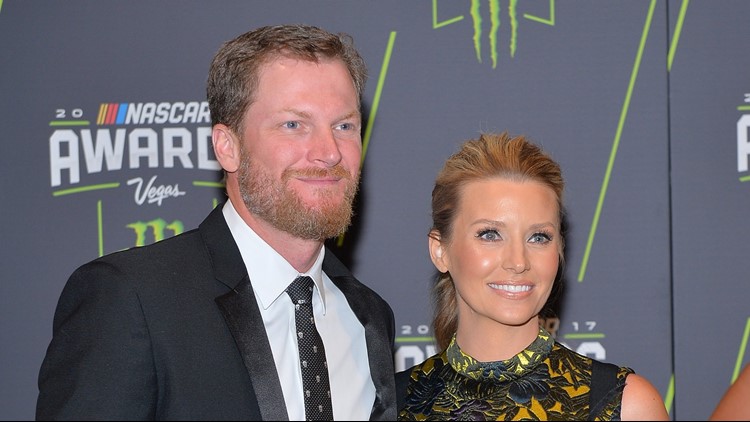 CHARLOTTE, N.C. -- It appears a NASCAR legend is suspected of committing a serious crime in his own home.

OK, maybe not serious, but Dale Earnhardt Jr's wife Amy did not appear to be happy Monday night. Amy took to Twitter to accuse her husband of eating her "coconut almond gelato."

Just opened the freezer to find that @DaleJr polished off my coconut almond gelato, WHICH he poo poo’d in the store. Wahhhhh!!!! Boy you’re lucky you’re halfway to Pyeong Chang! pic.twitter.com/Xj8aQayiKe

She went on to blast Dale Jr. for taking ice cream away from a pregnant woman.

Dale Jr., who on his way to Pyeongchang to cover the Winter Olympics for NBC, took ownership of his mistake by attempting to apologize in Korean.

While we're not sure if the Kannapolis native correctly apologized to Amy in Korean, but we can't get over the couple's hilarious exchange on social media.

Hopefully, their exchange can serve as a lesson to husbands around the world to never take ice cream from their wives, especially if they're pregnant.