The driver wrecked on I-10 in Beaumont, then took the nearest exit headed toward downtown. 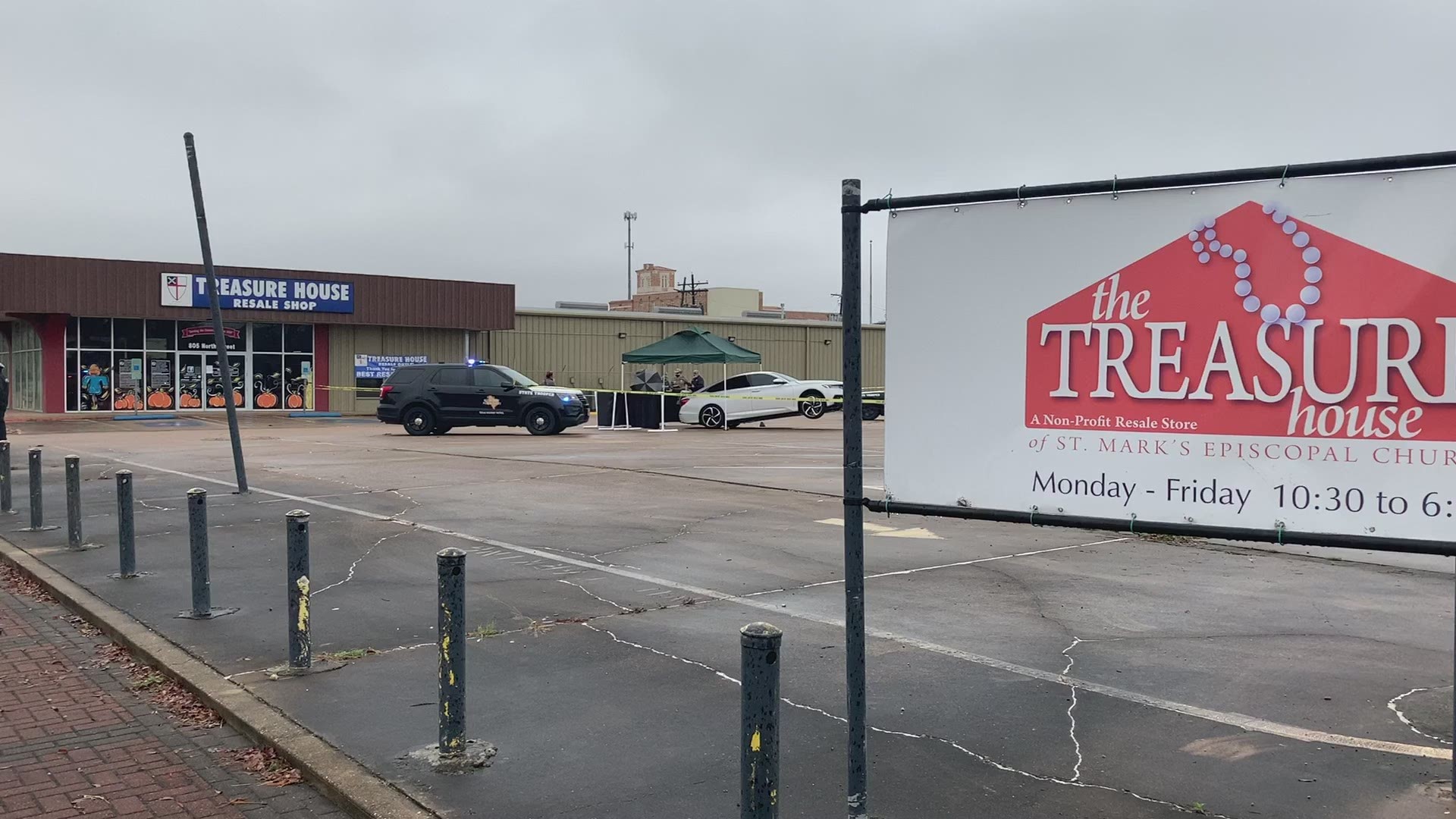 BEAUMONT, Texas — Texas law enforcement and other Jefferson County officials are investigating after finding a woman's body in the trunk of a car Saturday morning in downtown Beaumont.

A DPS Trooper was patrolling on I-10 and saw a white Honda passenger car traveling eastbound on the freeway at high speed, Texas DPS Sgt. Stephanie Davis said in a news release.

The state trooper turned on emergency lights for a traffic stop near FM 365. The driver of the Honda pulled to the right, as if he was going to stop, but immediately sped off, Davis said.

The driver continued speeding on I-10 eastbound, Davis said. As the driver approached Milam Street in Beaumont, he struck a concrete barrier and lost control of the car, Davis said.

The car stopped near mile marker 855 in Beaumont. At this point, the vehicle was on three wheels, Jefferson County Justice of the Peace Ben Collins said.

The driver wrecked the car twice and ended up in the parking lot of the Treasure House of St Mark's on North Street in downtown Beaumont, Collins said.

Troopers secured the scene and removed the driver from the car, Davis said.

Police and state troopers searched the Honda, which DPS said is standard procedure after a crash, and found a woman's body in the trunk.

Jefferson County Justice of the Peace Ben Collins ordered an autopsy. He also called the incident a homicide.

Texas DPS identified the driver as Victor Campbell, 35, of Fresno, Texas. He was taken to a local hospital for treatment and remains in police custody, Davis said. The man is expected to live.

Investigators said all information is preliminary as the Texas Rangers and the Texas Highway Patrol work to determine the circumstances surrounding the woman's death.

Full news release from the Texas Department of Public Safety...

At approximately 8 a.m. today, Texas Department of Public Safety (DPS) Troopers received a radio communication about a reckless driver—operating a white passenger vehicle—traveling eastbound on I-10 from Chambers County.

A DPS Trooper observed a white Honda passenger vehicle traveling east at a high rate of speed. The Trooper activated the marked patrol vehicle's emergency lights to conduct a traffic stop near FM 365. The driver, later identified as 35-year-old Victor Campbell Jr. of Fresno, Texas, pulled to the right but immediately sped off without stopping.

Campbell continued eastbound on I-10 crashing near Milam Street in Beaumont. He was taken to a local hospital for treatment from injuries in the collision.

DPS investigators inventoried the Honda passenger vehicle (a recording of the vehicle's contents), which is standard procedure following a motor vehicle crash under these circumstances. Troopers found in the trunk of the Honda, a deceased female. She has been identified as 28-year-old Briana Teirra Johnson of Houston. An autopsy has been ordered by Justice of the Peace Ben Collins.

Victor Campbell Jr. has been taken to the Jefferson County jail following his release from the hospital. He faces charges for felony evading arrest, driving while intoxicated, tampering with evidence, and abuse of a corpse. Additional felony charges are pending as this investigation continues.

At this time, additional information is not available for release. 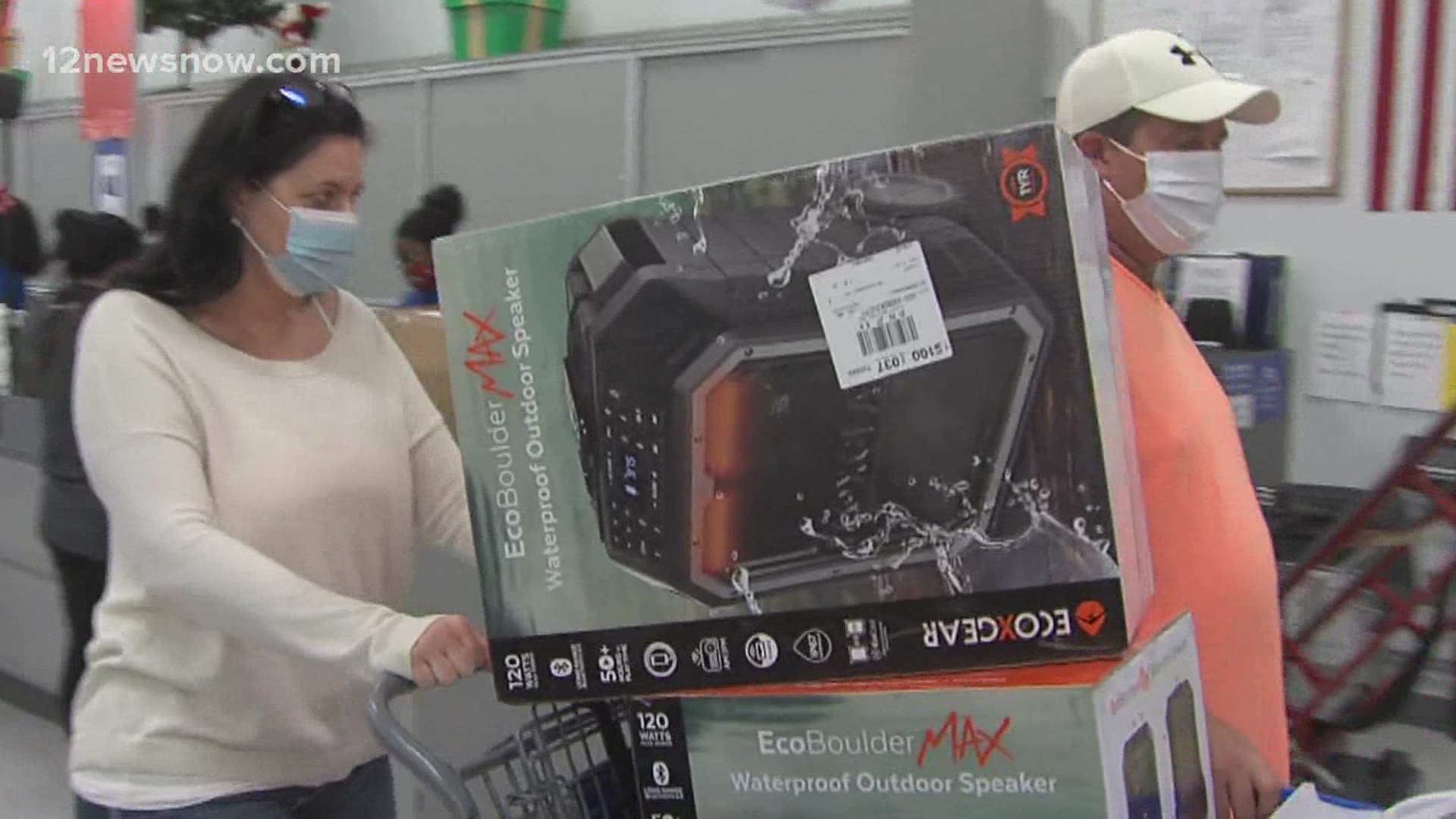