Pascale Ferrier appeared in federal court on Tuesday. A judge entered a not-guilty plea on her behalf. 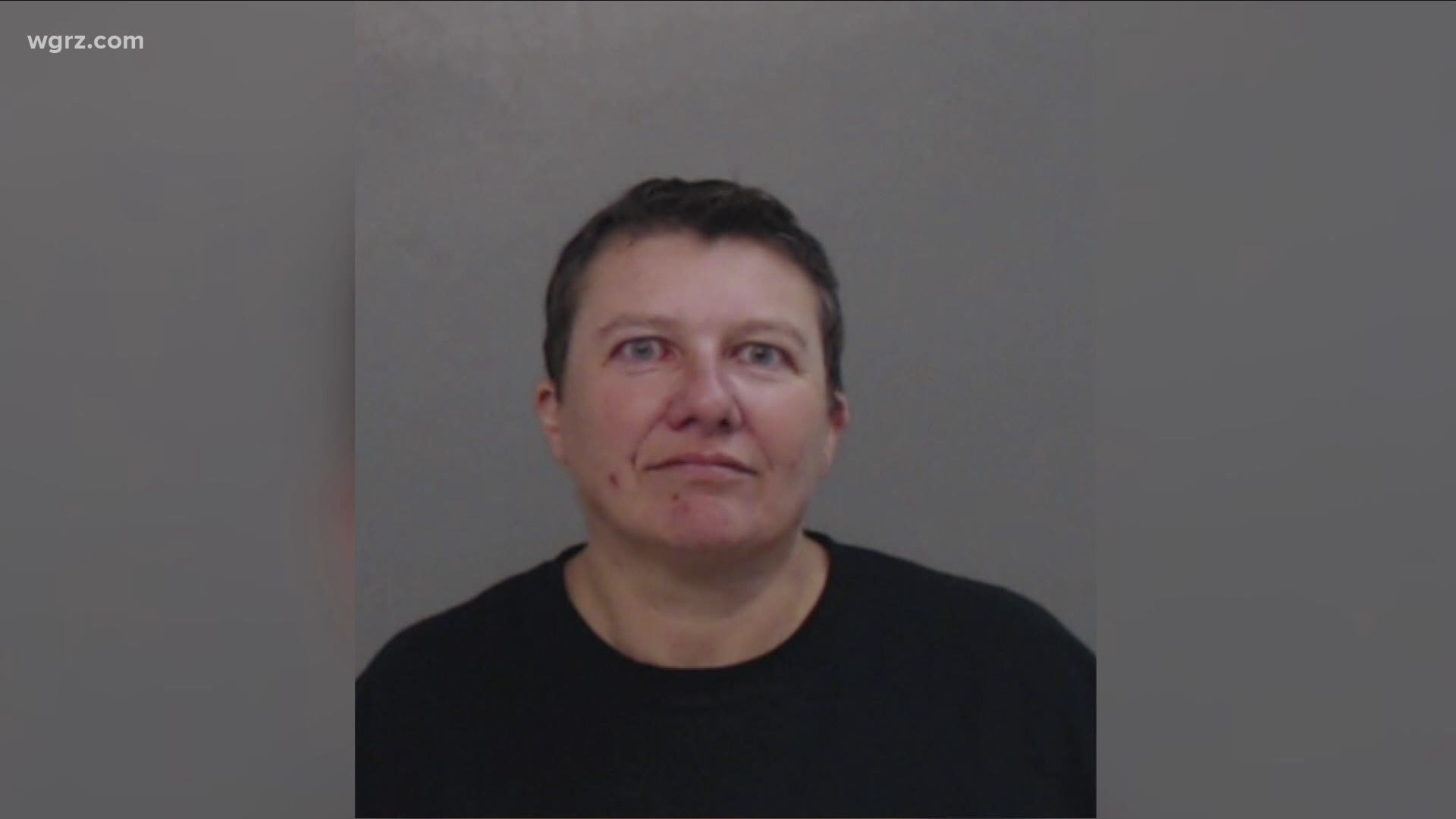 BUFFALO, N.Y. — The woman who is suspected of sending a letter containing the poison ricin to President Donald Trump last week had her first court appearance Tuesday.

Pascale Ferrier, 53, from Canada, was the woman arrested Sunday at the Peace Bridge linked to the poisoned letter sent to President Trump.

While in court, Ferrier needed a French interpreter and the judge entered a not-guilty plea on her behalf.

According to the affidavit filed by an FBI agent, Ferrier had a loaded firearm, ammunition and a knife while trying to cross into the United States. The criminal complaint stated Ferrier told officers she was wanted by the FBI.

A passage from the letter stated in the affidavit allegedly said:

“…I found a new name for you: 'The Ugly Tyrant Clown' I hope you like it. You ruin USA and lead them to disaster. I have US cousins, then [sic] I don’t want the next 4 years with you as president. Give up and remove your application  for this election. So I made a 'Special Gift' for you to make a decision. This gift is in this letter. If it doesn’t work, I’ll find better recipe for another poison, or I might use my gun when I’ll be able to come. 'Enjoy! FREE REBEL SPIRIT.'”

While submitting the letter for forensic examination the FBI became aware of six other similar letters containing ricin sent to officials in Texas. The other letters had similar language to the one sent to President Trump. They were addressed to officials at facilities where Ferrier was incarcerated in 2019.

The affidavit stated four fingerprints found on those letters were a match to Ferrier in the FBI database.

“On Sunday afternoon at the Peace Bridge port of entry in Buffalo, U.S. Customs and Border Protection officers encountered a driver who stopped her vehicle in the pre-primary area, and did not pull forward to report for inspection. Officers responded to the vehicle and engaged the driver. The individual, identified as Pascale Cecile Veronique Ferrier, told officers she was wanted by the FBI for mailing envelopes with ricin to the White House and other locations. Upon a subsequent search, officers discovered a gun, knife and ammunition. CBP officers immediately disarmed Ferrier, secured the weapons, arrested her, and coordinated with the FBI for further investigation. The officers’ quick action should be commended, and exemplifies what we do every day on the frontline of our nation’s borders. CBP remains committed to stopping those who come to this country with the intent to do harm, and we will continue to work with the FBI and Department of Justice on this ongoing investigation.”

Ricin is a highly toxic compound extracted from castor beans that has been used in terror plots. It can be used in powder, pellet, mist or acid form. If ingested, it causes nausea, vomiting and internal bleeding of the stomach and intestines, followed by failure of the liver, spleen and kidneys, and death by collapse of the circulatory system.

As little as 500 micrograms — an amount the size of the head of a pin — can kill an adult. There is no specific test for exposure and no antidote once exposed.

Ferrier is currently being represented by assistant federal public defender Fonda Kubiak. There is a chance proceedings could be moved to Washington D.C. where she would receive new representation.

Ferrier will return to court on Monday, September 28 at 2 p.m. for detention, identity and preliminary hearings.

You can view the full affidavit below: