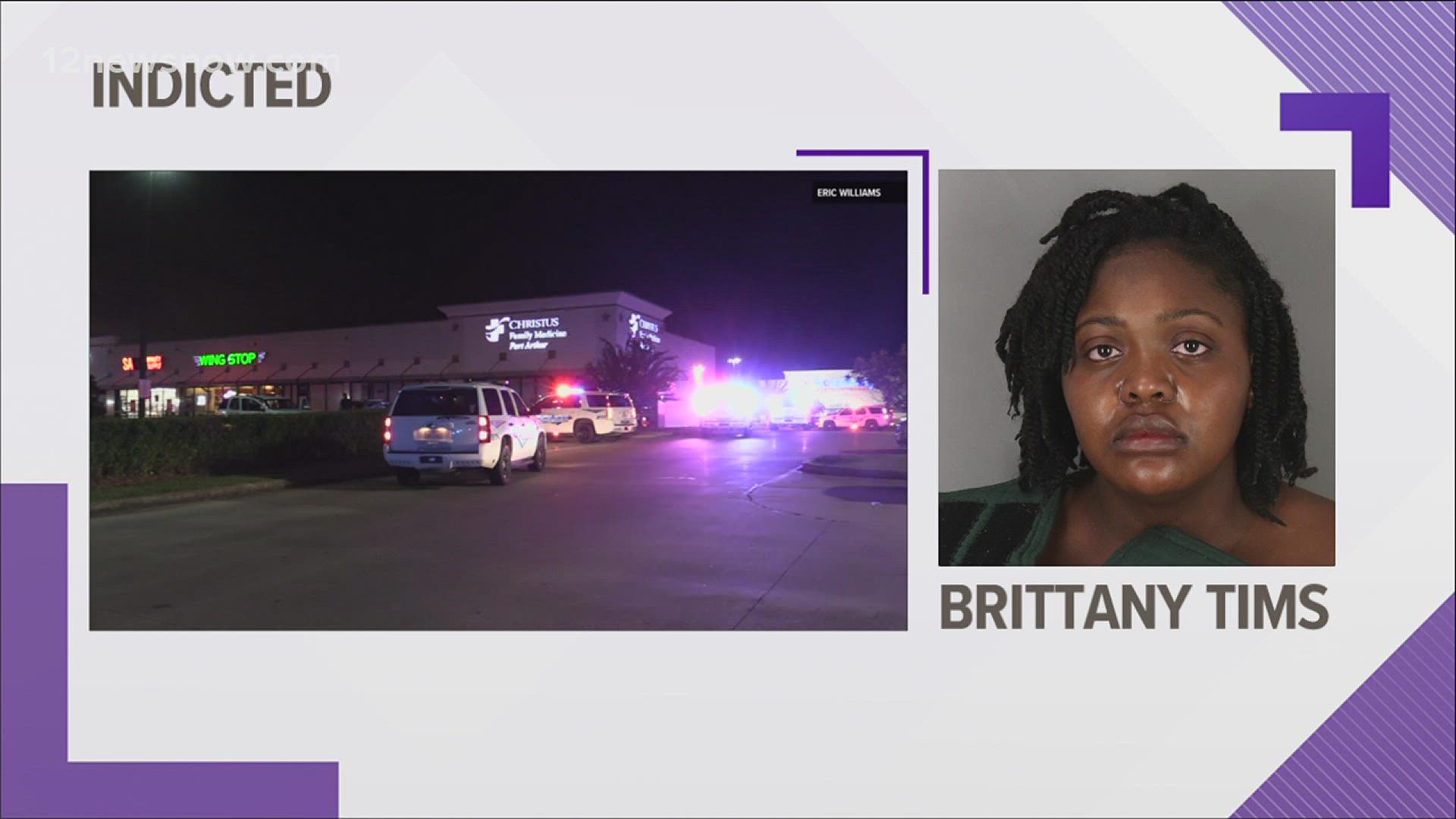 PORT ARTHUR, Texas — A Jefferson County grand jury handed up a murder indictment on Wednesday to a 26-year-old woman accused of murdering her boyfriend in late August of 2021.

Brittany Nicole Tims is accused of fatally shooting her boyfriend, Ronald Frazier, in the chest on Aug. 25, 2021, according to news release.

Tims is currently being held in the Jefferson County Jail on a $100,000 bond, according to jail records.

Port Arthur Police responded to call in reference to a shooting at a Wing Stop located on the 8000 block of Memorial Blvd. Upon arrival, officers found Frazier lying dead in the parking lot with a single gunshot wound to his chest, according to a probable cause affidavit.

Frazier was lying in front of a white GMC Yukon that had several children and Tims inside. Officers found a .380 caliber handgun in the driver's seat, and the handgun's magazine on the ground outside the driver’s door.

When first questioned, Tims told police Frazier had the gun and accidentally shot himself. However, a witness at the scene told investigators that Frazier did not accidentally shoot himself and that he was in the passenger side doorway, but not inside the car, when the gun went off.

Tims was taken to a police station for further questioning, where she said that Frazier threw the gun on the passenger seat. After he threw it, Tims said she picked it and the gun went off, according to a probable cause affidavit.

Investigators did not believe this, saying the location of entrance wound indicated that the gun was pointed directly at Frazier’s upper chest.

The location of the entrance wound gave police probable cause, and Tims was arrested for the murder of Frazier.