After video surfaced that appears to show the moments leading up to Ahmad Arbery's death, many questions surfaced about the men involved 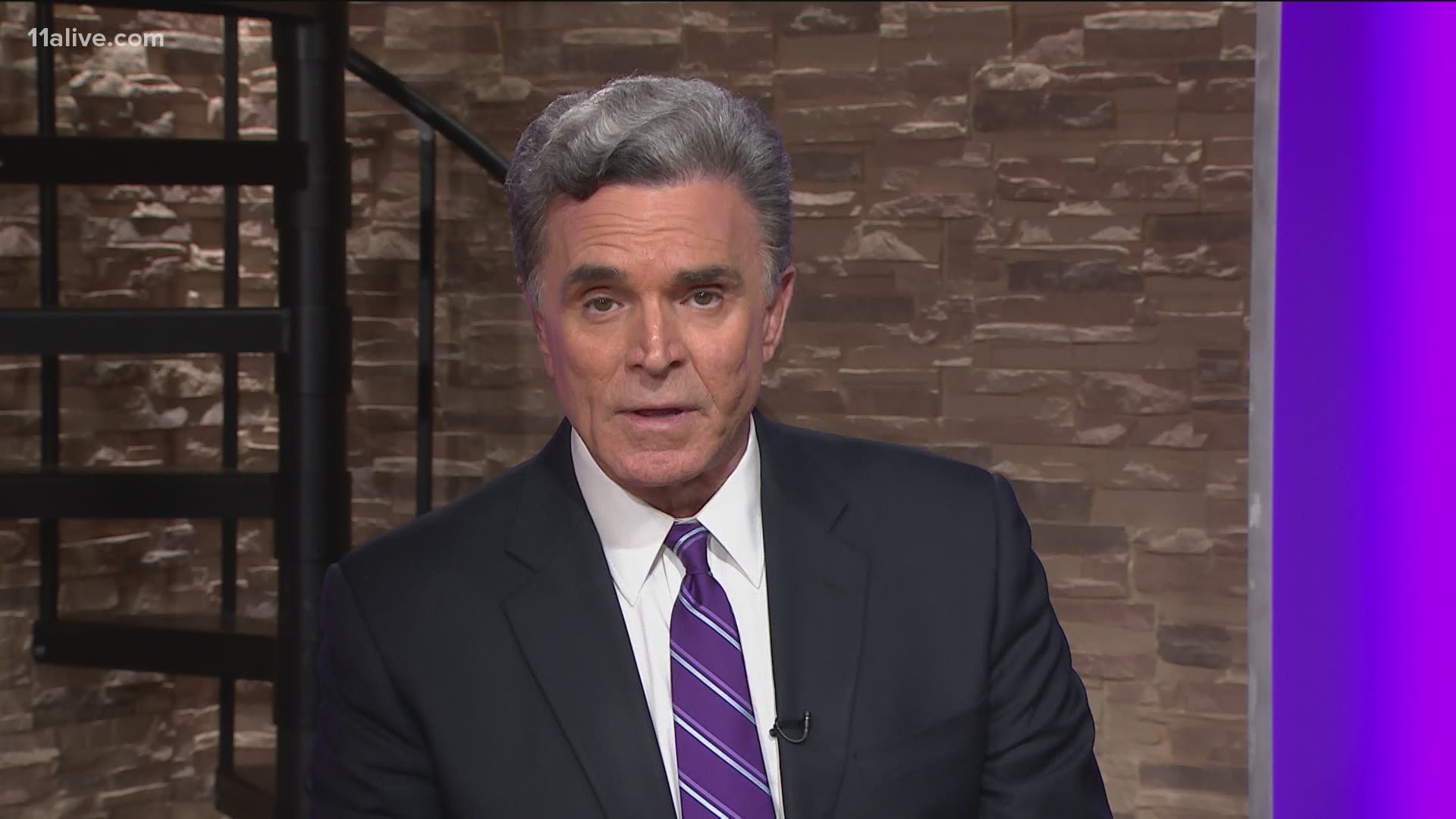 BRUNSWICK, Ga. — The story of a black man who was shot and killed while jogging in Georgia continues to spark conversations online as his family pushes for justice.

After video surfaced that appears to show the moments leading up to Ahmad Arbery's death, many questions surfaced about the men involved - Gregory and Travis McMichael.

The Southern Poverty Law Center said the February killing of the 25-year-old by a white man appears to have been racially motivated.

And months after the fatal shooting, authorities made arrests.  On Thursday, May 7, the Georgia Bureau announced the arrests of the McMichaels for Arbery's murder.

Here's what we know about the case. Read more about their arrests here.

Who are Greg and Travis McMichael?

NBC News reports that Gregory MicMichael is 64 years old and that his son, Travis, is 34.

Greg McMichael once worked for the district attorney's office in Brunswick. He also has a background in law enforcement.

Who is Ahmaud Arbery?

11Alive's sister station, First Coast News, reports that Ahmaud Arbery was a football player and graduated from Brunswick High School in 2012. He went on to attend South Georgia Technical College.

His mother, Wander Cooper, said her son was pursuing a career as an electrician.

Arbery was 25 years old at the time his death.

On a Zoom call Wednesday morning, his family described him as an avid runner with a good spirit.

First Coast News reports the police report indicates that on Sunday, Feb. 23 around 1 p.m., officers responded to a shots fired call at the intersection of Satilla and Holmes drives. Glynn County Police found Arbery dead at the scene.

Greg McMichael said there had been several break-ins in the neighborhood. He told police he saw Arbery running down the street and he asked his son, Travis, to help him confront Arbery. The two allegedly got a shotgun and handgun because they “didn’t know if Arbery was armed or not.”

The police report indicates the two men got into their truck and saw Arbery running. They attempted to cut him off, but he turned around and began running in the other direction. They continued to follow Arbery, they shouted “stop, stop, we want to talk to you.”

When they pulled up next to Arbery, Travis McMichael got out of the truck with the shotgun. According to statements, that’s when Greg McMichael said Arbery attacked his son and the two men started fighting over the gun. Then, Travis McMichael fired his weapon.

Although it's been months since the fatal shooting, this case was recently put into the spotlight because a video surfaced which appears to be from the incident.

11Alive has not independently verified the clip, though it is part of law enforcement's official investigation. The graphic video has gone viral across social media platforms.

The video appears to have been taken from a car that was riding behind the McMichaels and traveling along the same road Arbery was jogging on.

In it, you see a man that's assumed to be Arbery near a white truck parked in the street. Then, yelling can be heard, as the camera drifts out of focus. When it comes back onto the scene, a gunshot can be heard, then a second, then the man who has been identified as Arbery can be seen struggling with a man for what appears to be a shotgun, as the camera again drifts. You hear a third shot as the struggle continues .

The other man can be seen stepping back and the man believed to be Arbery stumbles forward and falls.

Arbery's case has gained a lot of attention.

There was even a protest Wednesday at the Georgia Capitol building in Atlanta. Protesters, donning masks and spread out, said they wanted accountability in the case, which has been sent to three different district attorneys because the two nearest to the case recused themselves.

Credit: Stephen Boissy / WXIA
A demonstrator holds a sign that reads "Justice for Ahmaud Arbery" outside the Georgia State Capitol. Arbery, 25, was shot and killed by two armed men while jogging through a south Georgia neighborhood.

Biden tweeted that the video shows "Ahmaud Arbery was killed in cold blood."

On Wednesday, the Georgia Bureau of Investigation said on April 29, Glynn County Police Department requested that the GBI investigate allegations of threats against GCPD and individuals involved in the active investigation.

And on the morning of May 5, Glynn County Police requested the GBI to investigate the public release of video related to Arbery’s death.

Durden has also recommended this week for the case be presented to a grand jury.

It took months before arrests came in the case. The GBI said Gregory McMichael and Travis McMichael are charged with murder and aggravated assault.

The Associated Press and First Coast News contributed to this report.