WANTED: Police are looking for man who broke into vehicle in busy area of Beaumont

Police released a series of photos of the man seen in a surveillance video. 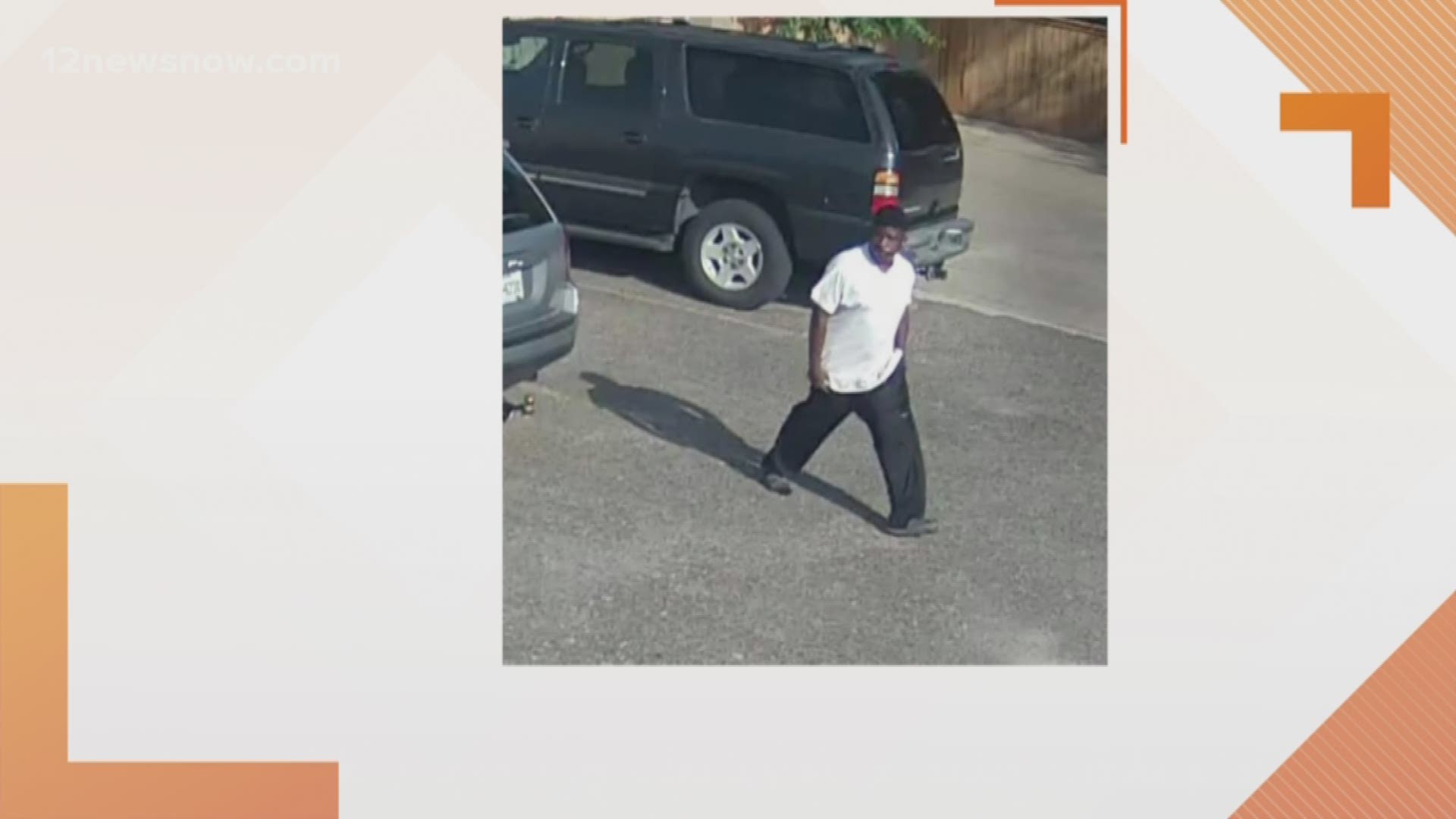 BEAUMONT, Texas — Beaumont Police are looking for a man who burglarized a car in Beaumont.

Police released a series of photos of the man seen in a surveillance video. Police say he broke into at least one car in the 2500 block of Calder Avenue.

The suspect has a stocky build and was wearing a white t-shirt with black pants.

Police warn that this is the time of the year auto burglaries and robberies can start to spike.

Officials tell 12News that thieves use the holidays as a time to prey on people who may leave bags in their car or who may carry around extra cash.

Police say be sure to not leave bags or packages in the back seat of your car. They suggest hiding purchases in your truck.

They also say to make sure you lock your car door every time you leave your vehicle. Sometimes thieves will go around just seeing which doors are unlocked. Over the summer, there were a string of vehicle break-ins around Beaumont.

If you have any information on the auto burglary on Calder Avenue, call Southeast Texas Crime Stoppers at (409) 833-TIPS.

All tips are anonymous and you could be eligible for a $1,000 cash reward.