Beaumont Police and the Jefferson County Sheriff's office set up a perimeter near Magnolia Street and I-10 while deputies and officers search yards and alleys. 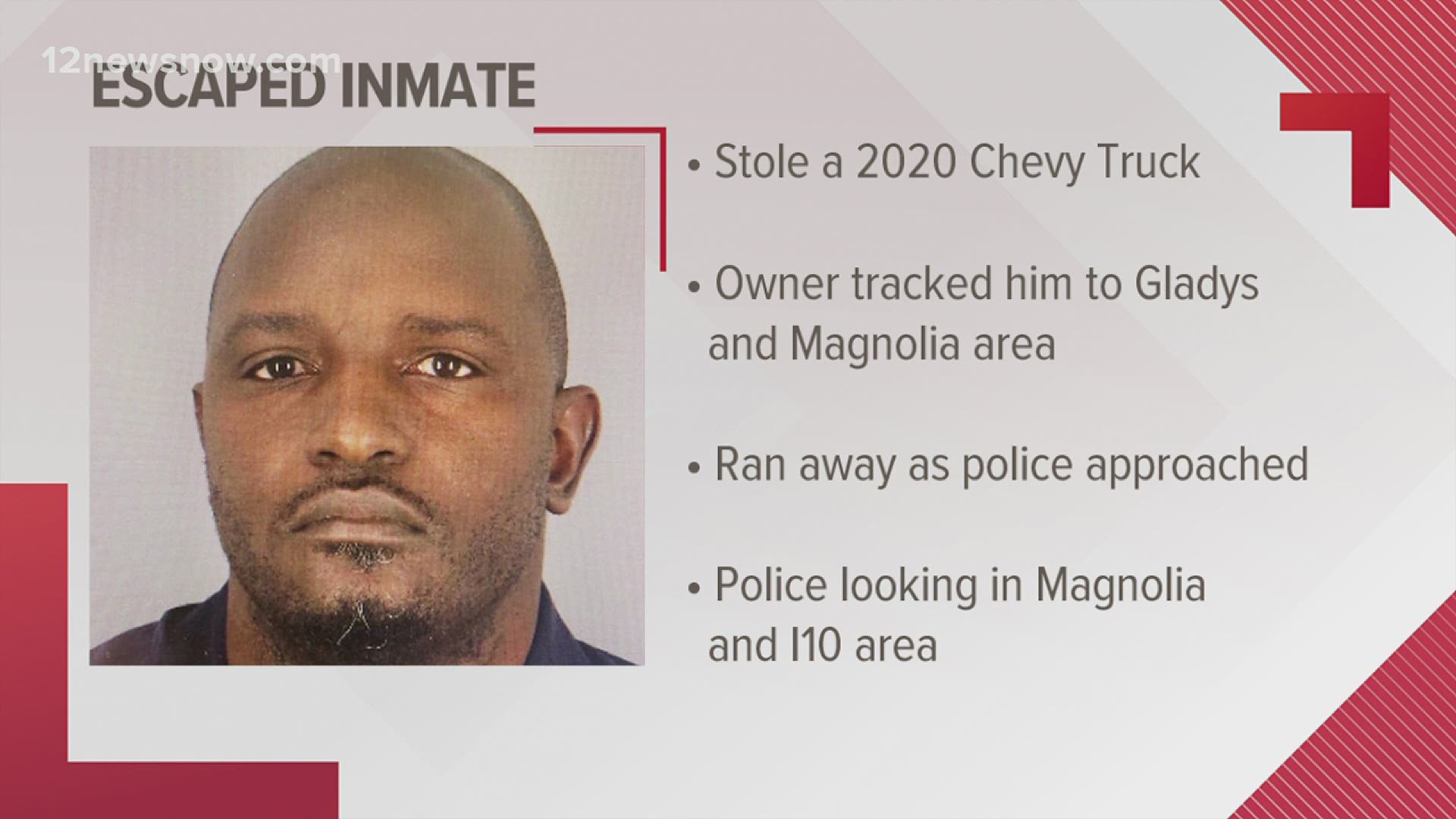 Lake was found at 12:30 a.m. Saturday morning Jan. 23 near Tyler Street and Cleveland Avenue in Beaumont.

He will be booked back into the Jefferson County Correctional Facility where he may face a multitude of additional charges, according to the post.

How did it happen?

Lake cut himself on constantine wire during his escape, the post said.

He ran north towards Beaumont and found a 2020 Chevy truck at a business nearby with the keys inside, then stole the truck and drove into Beaumont, the post said.

The owner of the truck tracked it through OnStar to Gladys Avenue and Magnolia Street, but Lake ran away from the truck as Beaumont Police officers approached.

Beaumont Police and the Jefferson County Sheriff's office set up a perimeter near Magnolia Street and Interstate 10 while deputies and officers search yards and alleys, according to the post.

"Be aware of law enforcement presence in the area," the Jefferson County Sheriff's office said in the post.

Why was he arrested?

Lake had been arrested and charged with being a felon in possession of a firearm and a warrant for a robbery in Mississippi.

The mugshot released by the Jefferson County Sheriff's Office was taken on Jan. 21.

Anyone who sees him should call 911 and should not approach him, the post said.