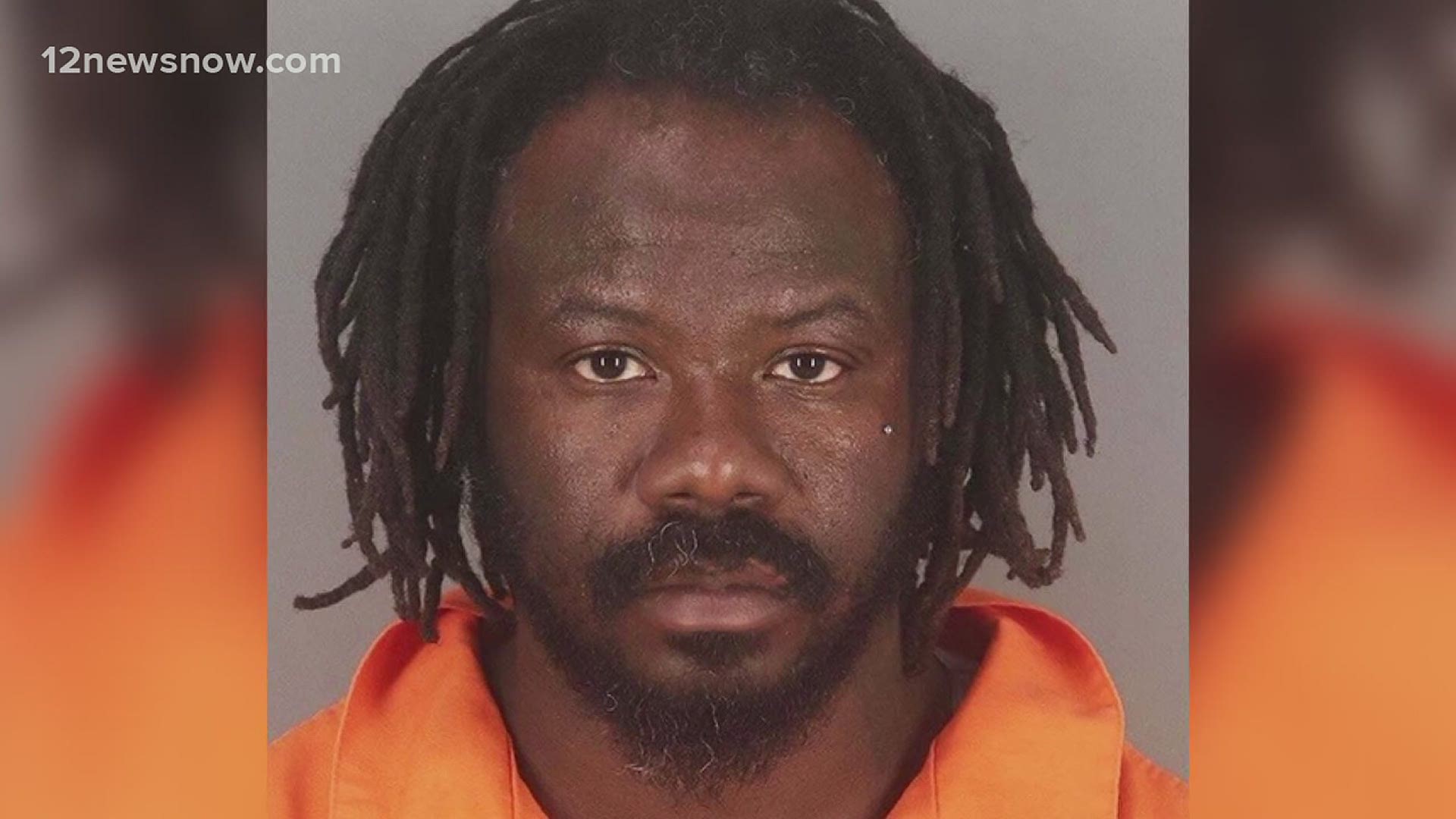 BEAUMONT, Texas — Two teenaged girls are now free from being "commercially sexually exploited" thanks to a tip from the National Human Trafficking Hotline.

Beaumont Police say they received that life-saving tip on March 1. The tip called into the hotline said that two 16 year old girls were being sexually exploited, Beaumont Police said in a news release.

An investigation helped detectives identify the girls and led them to websites used for sexual exploitation, police said.

The girls were rescued from a home in Groves two days later on March 3. A joint investigation with BPD, Nederland Police and Groves Police led to the arrest of Jake Knight Jones, 39, of Port Arthur.

Police tell 12News Jones was arrested Monday by the Jefferson County Warrant Division and the U.S. Marshall Service for two counts of trafficking a person under the age of 18.

Jones is in the Jefferson County Jail on a $1 million bond.

"We would like to thank the anonymous citizen who had the courage to submit the information they had about this crime to the National Human Trafficking Hotline, which ultimately led to the recovery of two minors and the arrest of a trafficker," Beaumont Police Officer Haley Morrow said.

This is one of thousands of trafficking incidents happening across the state and across Southeast Texas.

The Texas Attorney General estimates that there are 234,000 victims of trafficking at any given time. 79,000 victims are sex trafficking in Texas are youth. And officials say that Southeast Texas is a hotspot for this heinous crime that is on the rise.

"We have people in our community that are considered professionals, that are former law enforcement officers, that have been arrested (for trafficking)," he said.

In June 2020, two teenage girls were rescued at the Executive Inn off I-10 in a human trafficking bust. Two suspects were arrested.

Four months later, a sting operation in Beaumont led to 21 people being arrested for human trafficking. The majority of those arrested were from around Southeast Texas — including two doctors.

RELATED: 'Modern-day slavery:' Half of men arrested in human trafficking sting believed they were talking to minors

"This is a problem that we have to take seriously, because this is modern day slavery that's going on," Wortham said.

What makes Southeast Texas a prime target for human trafficking? Partly, the size of the area and our proximity to a major interstate, I-10. The majority of victims come from smaller rural areas, according to the Texas Human Trafficking Fact Sheet.

Texas is also one of the largest border states and has a vast interstate system, making it easier for traffickers to flee.

But Jefferson County leaders said that will not stop them from doing their best to keep everyone safe.

"[If] there's a victim in Southeast Texas right now who sees this air tonight, we want her to know that there are people who are willing to fight for you, who want to help and whose job it is to help," Jefferson County Assistant District Attorney Kim Pipkin said in a 2019 interview.