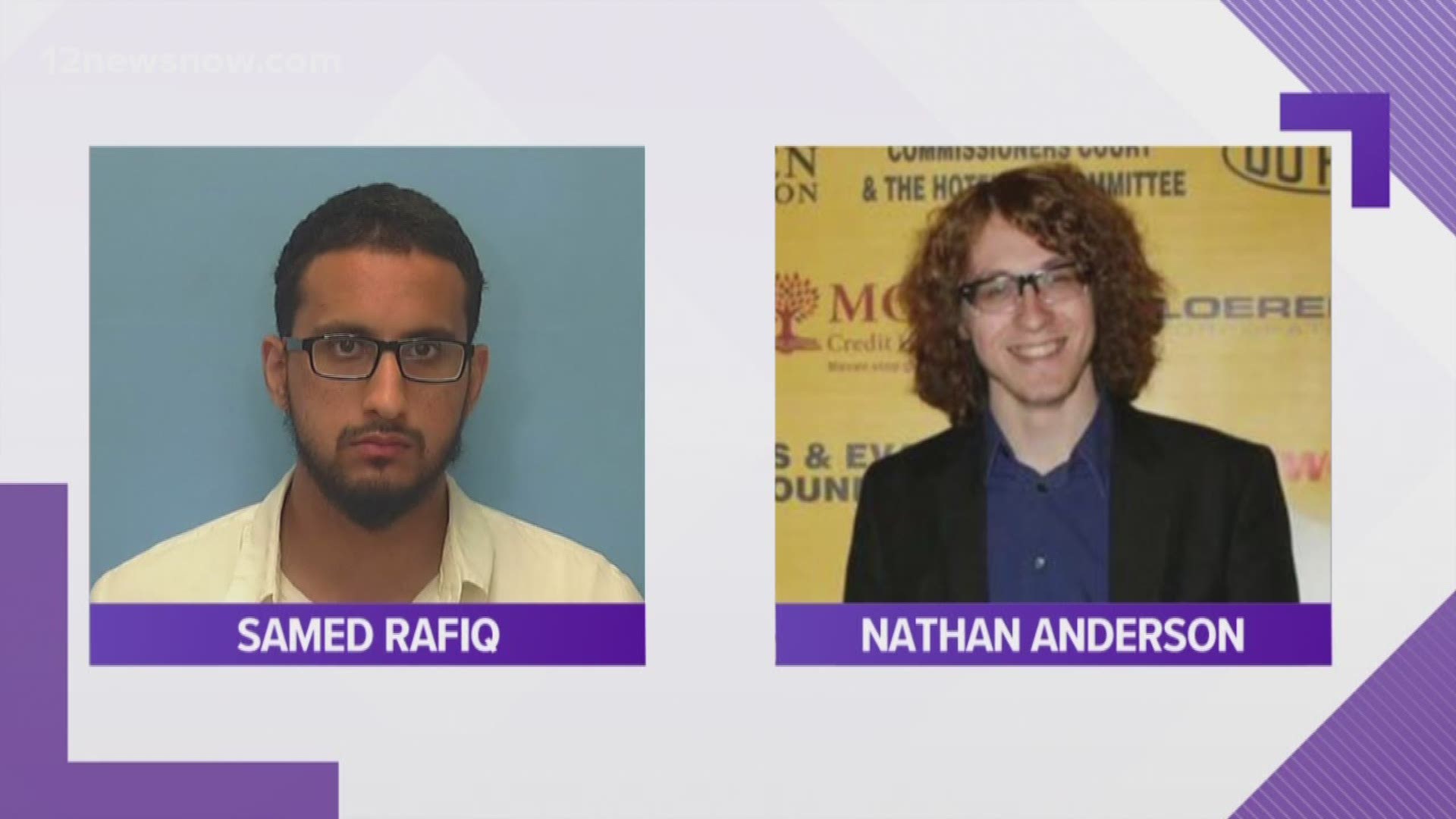 ORANGE COUNTY, Texas — Jury selection is expected to start Monday in the trial of a man prosecutors say killed a 21-year-old whose remains were found buried in a wooded area in Pinehurst.

Samed Rafiq, 23, is accused of murdering his roommate, Nathan Anderson.

Anderson was reported missing in June 2017, months before his remains were found in a shallow grave behind a shopping center in Orange County.

The skeletal remains were located in October 2017 buried in an area off of MacArthur Drive in Pinehurst.

Rafiq is in the Orange County Jail, held on a $525,000 bond. He's facing a charge of tampering with physical evidence and a murder charge according to jail records.

Kevin Van Horne, 32, was also arrested in the case and charged with evidence tampering according to 12News file stories. Van Horne is still behind bars according to Orange County Jail records.

The pair had been persons of interest in the case ever since Anderson was reported missing by his family in June 2017. The victim and two suspects were all roommates before Anderson's death.

According to Anderson, his son was supposed to visit Rafiq in New York. When Anderson’s family hadn't heard from him, they called police to report him missing.