The Jefferson County Sheriff's Office said someone might know a suspect who was wearing a black Lisa Simpson hoodie during a robbery at a Bevil Oaks gas station. 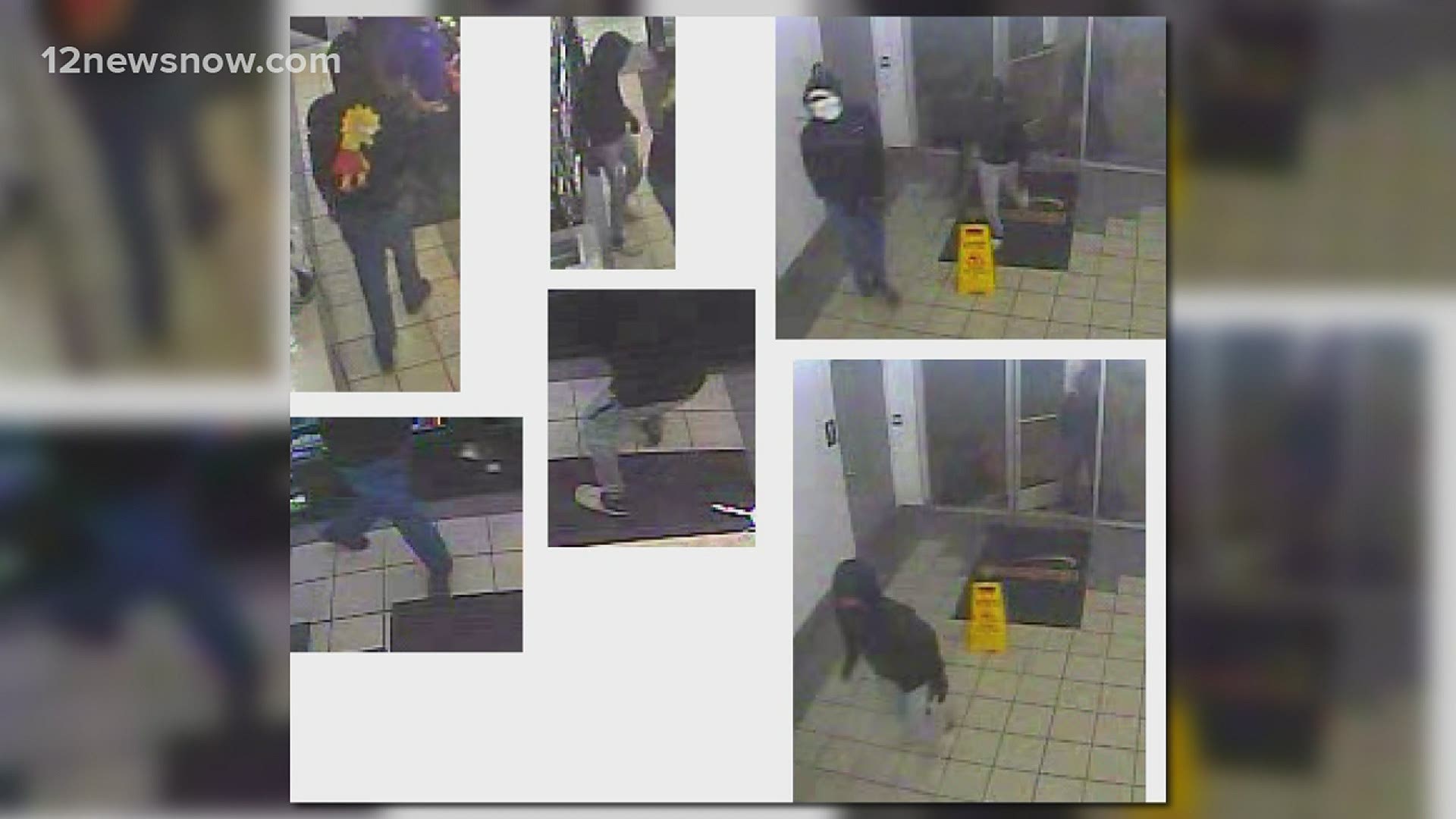 BEVIL OAKS, Texas — Three suspects are wanted after a robbery Tuesday night at a convenience store near Bevil Oaks.

The Jefferson County Sheriff's Office asked for the community's help to identify the three suspects in the robbery in a Facebook post.

"The photos are a bit blurry, but we call your attention to the Lisa Simpson graphics on the back of the black hoodie," the post said. "Perhaps someone recalls a person recently wearing that hoodie."

Do not attempt to confront or approach the suspects, the post said. All three suspects should be considered to be armed.

Anyone with information about this crime or who may know the identify of the suspects should call Southeast Texas Crime Stoppers at (409) 833-TIPS, log onto www.833TIPS.com or download the P3 app.

Tipsters can remain anonymous and could be eligible for a cash reward.