BEAUMONT, Texas — Three Beaumont men were arrested after a drug raid where investigators discovered ecstasy and marijuana as well as firearms, police said.

Patrick Dwayne Gipson, 35, Wendall James Kirtman, 31, and Travion Dwayne Parkerson, 31, were charged with several counts of possession of controlled substances, including a dangerous drug, possession of marijuana and being a felon in possession of a firearm, Beaumont Police said in a Facebook post Friday, August 23. All three were taken to the Jefferson County Jail.

Beaumont Police's Narcotics Unit has been working with other officers in the department, monitoring several locations suspected to be delivering narcotics around the 4000 block of Buffalo Avenue in the North End neighborhood.

"After extensive surveillance, investigators were able to obtain a search and arrest warrant," Beaumont Police said in the Facebook post. "This was considered a high risk search warrant because the suspects had surveillance equipment, extensive criminal history, and known weapons were on scene."

Beaumont Police, along with SWAT and K-9 units, arrested the three suspects while serving the search warrant Friday, August 23 at 10 a.m.

The investigators found 380 grams of MDMA, commonly known as ecstasy, several pound of marijuana, liquid THC and other prescription pills along with 10 cases of Promethazine, which is over 16 gallons, Beaumont Police said.

All of the drugs, money and guns were seized as evidence. 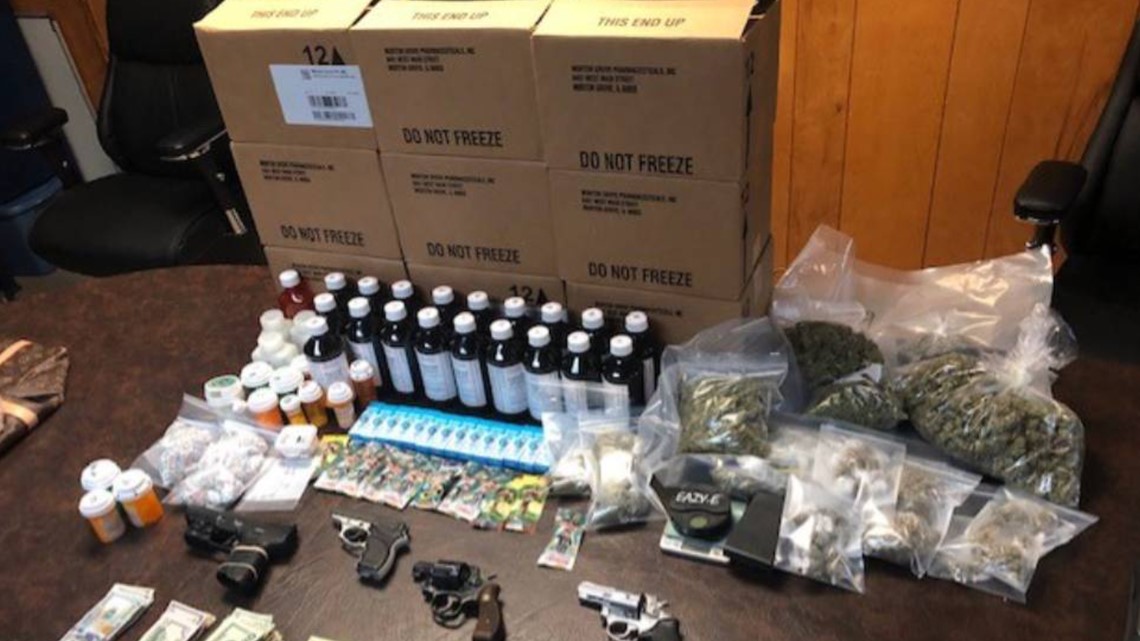