A 19-year-old was the third suspect arrested in connection to the Silsbee shooting death of Jeremiah Grant. 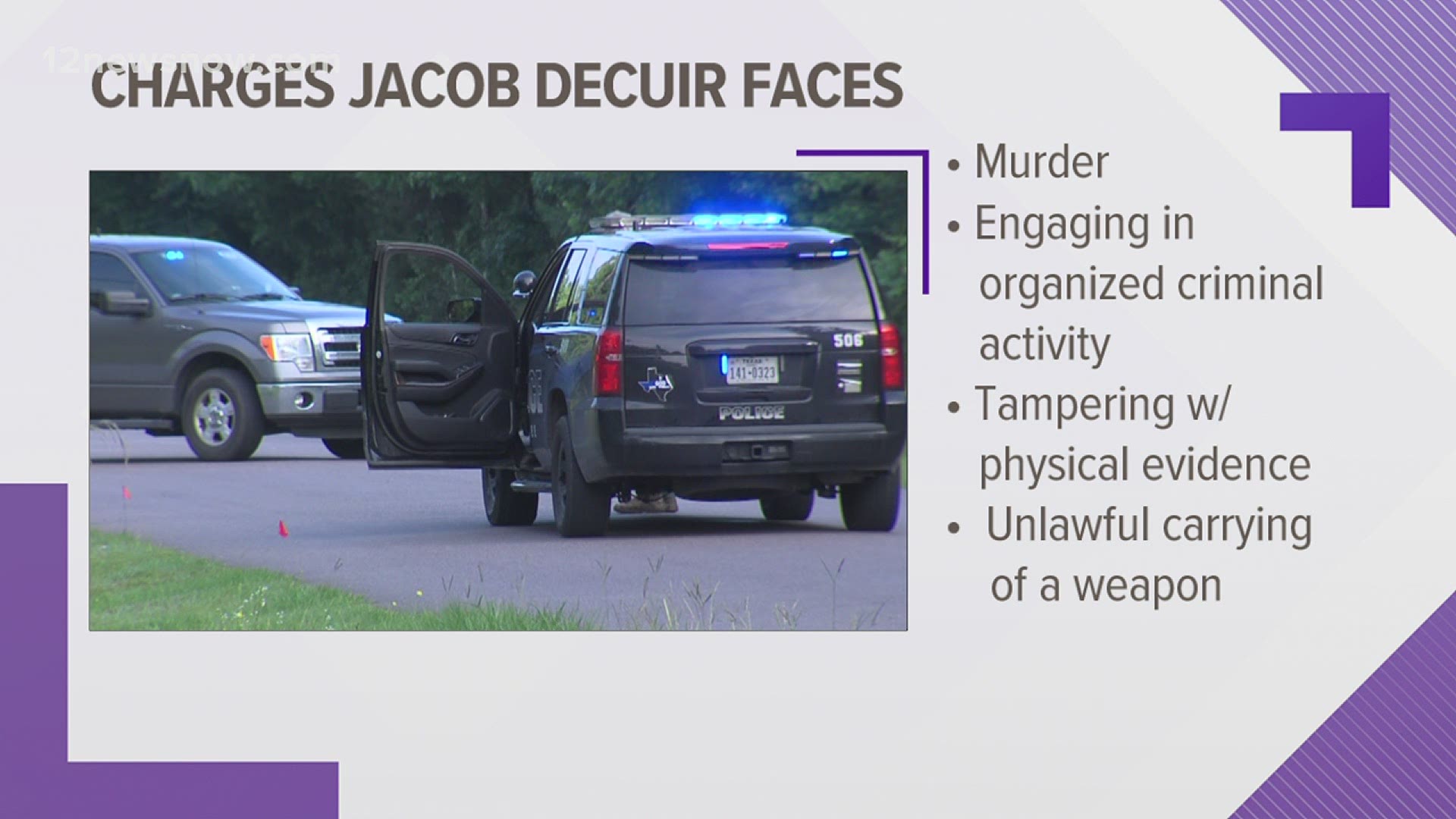 SILSBEE, Texas — A 19-year-old was the third suspect arrested in the Silsbee shooting death of Jeremiah Grant, that took place earlier this month.

Decuir was the second person that was critically injured from the shooting.

Decuir was placed under arrest for multiple charges including murder engaging in organized criminal activity, two counts of tampering with physical evidence, and unlawful carrying of a weapon.

Two individuals, Bryce Pfeffer, 20 and Emily Rannols, 19, are already facing murder charges in connection to the shooting death of Grant.

Silsbee police believe the dispute, that left Grant dead and another person critically injured, was over drugs.

Shortly after noon, on Friday, June 18, 2021, Silsbee Police Officers arrested a third suspect in connection with the shooting death of Jeremiah Grant that occurred on June 2, 2021.

Decuir was placed under arrest for multiple charges: Murder Engaging in Organized Criminal Activity 2 counts of Tampering w/ Physical Evidence Possession of Marijuana Unlawful Carrying of a Weapon Decuir has been transported to the Hardin County Jail