Suspect turns himself in, accused of sexually assaulting 7-year-old in Port Arthur

Officers were called to the 4000 block of Brinkman on Tuesday afternoon. 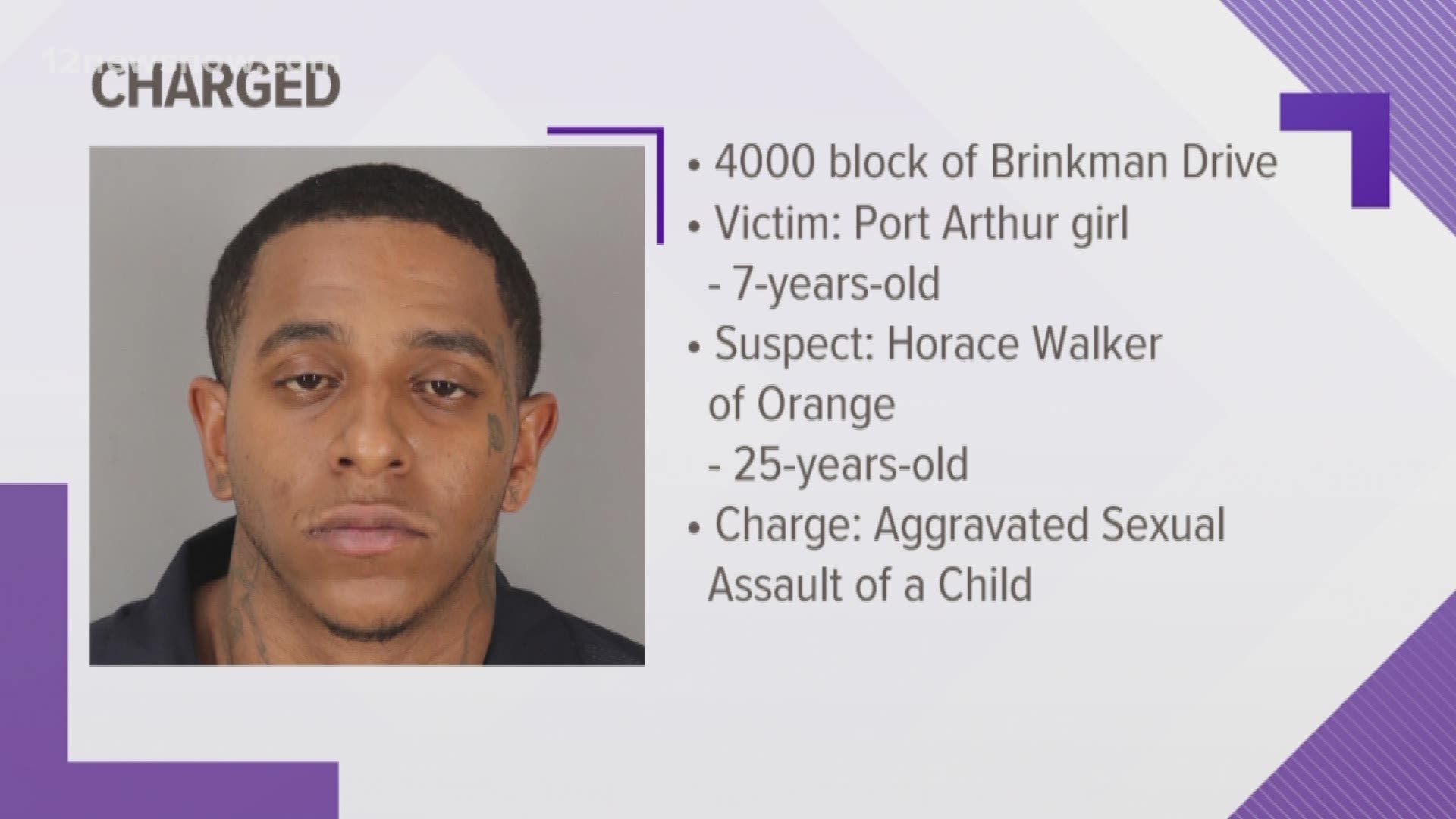 PORT ARTHUR, Texas — Port Arthur Police say a suspect turned himself in after a 7-year-old girl was sexually assaulted.

Horace Hiawatha Walker, a 25-year-old Orange resident, is accused of fleeing the scene according to a Port Arthur Police Department news release.

Police say the suspect later turned himself in.

Officers were called to the 4000 block of Brinkman Drive about a disturbance on Tuesday afternoon, and found that a girl made an outcry to her mother about a sexual assault that had just happened.

The man was arrested and taken to the Jefferson County Correctional Facility, and is charged with aggravated sexual assault of a child.