Officers received a call about a stabbing on Tuesday just before 7 p.m. in the 2900 block Charles Street. 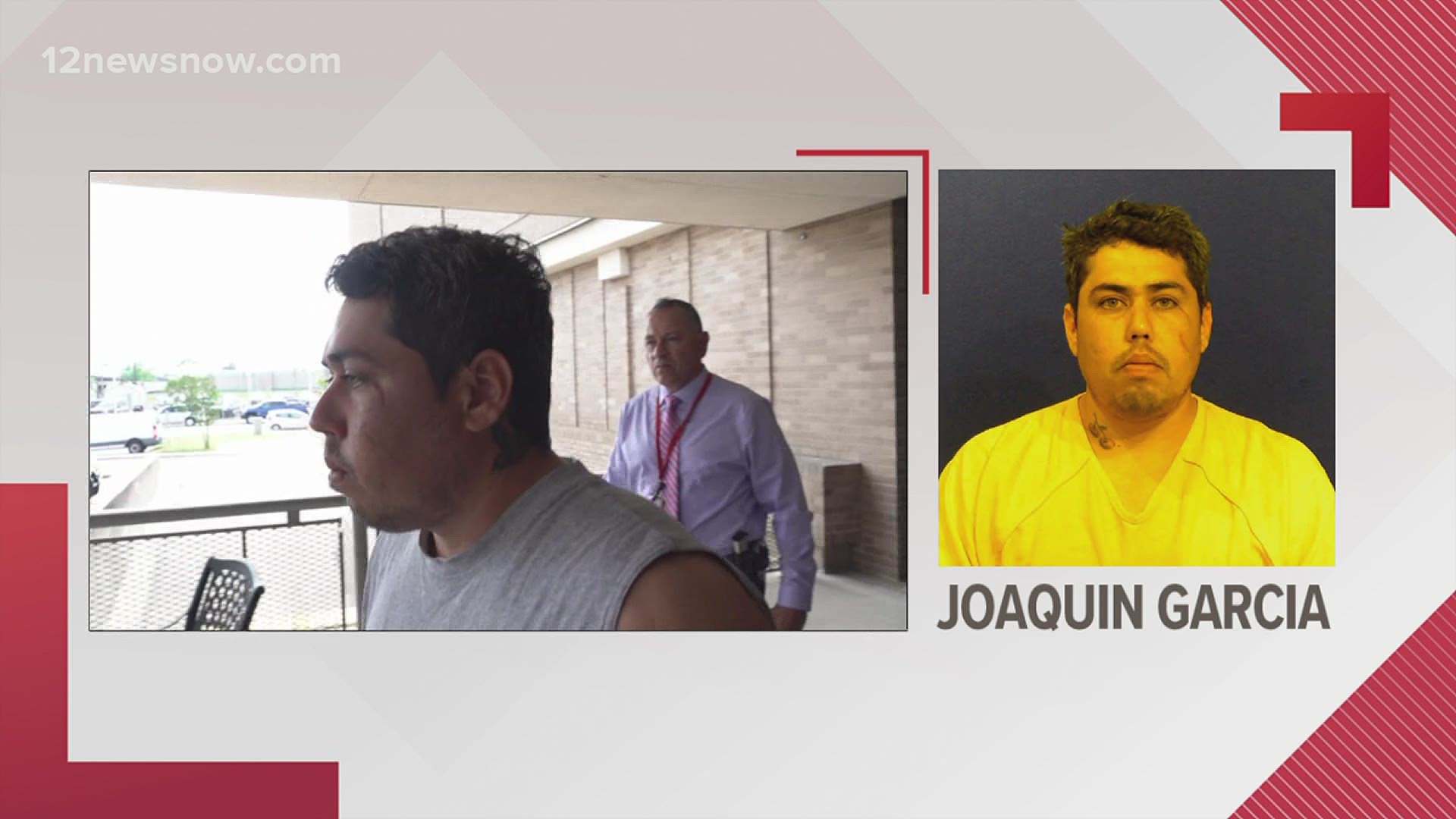 BEAUMONT, Texas — A $1 million bond has been set for a 32-year-old man arrested Tuesday night in Victoria County in connection with the stabbing death of a man in Beaumont earlier that night.

Joaquin Humberto Garcia, 32, is in the Victoria County Jail in Victoria according to Jefferson County Precinct One Justice of the Peace Ben Collins, Sr.

Garcia is accused of stabbing Norlan Moreno, 40, at residence in the 2900 block of Charles Street according to a Wednesday news release fro the Beaumont Police Department.

Beaumont Police put out a request Tuesday night that other police departments be on the look out for Garcia, who fled the scene of the fatal stabbing Tuesday evening in Beaumont, according to Collins.

Collins, who set Garcia's bond at $1 million on the murder charge, told 12News that Moreno was stabbed multiple times.

Beaumont Police officers were initially called to the home in response to a possible burglary but on arrival found the body of Moreno the release said.

Officers spoke with a female that arrived on scene and learned that she, Moreno and Joaquin Humberto Garcia, a 32-year-old male, all lived at the residence.

She told officers she had reason to believe Garcia killed Moreno and provided video evidence that was recorded on a surveillance camera inside the residence.

She advised Garcia fled the area in a black, 2013 Volkswagen Jetta.

Officers entered the license plate information into TCIC/NCIC and both the vehicle and Garcia were later stopped and detained by Victoria Police Department.

Beaumont Police Investigators obtained a search warrant for the residence and later an arrest warrant for Garcia.

Garcia is currently in custody in Victoria for the Murder warrant and has a $1,000,000 bond.