He was arrested by Monday by U.S. Marshals. 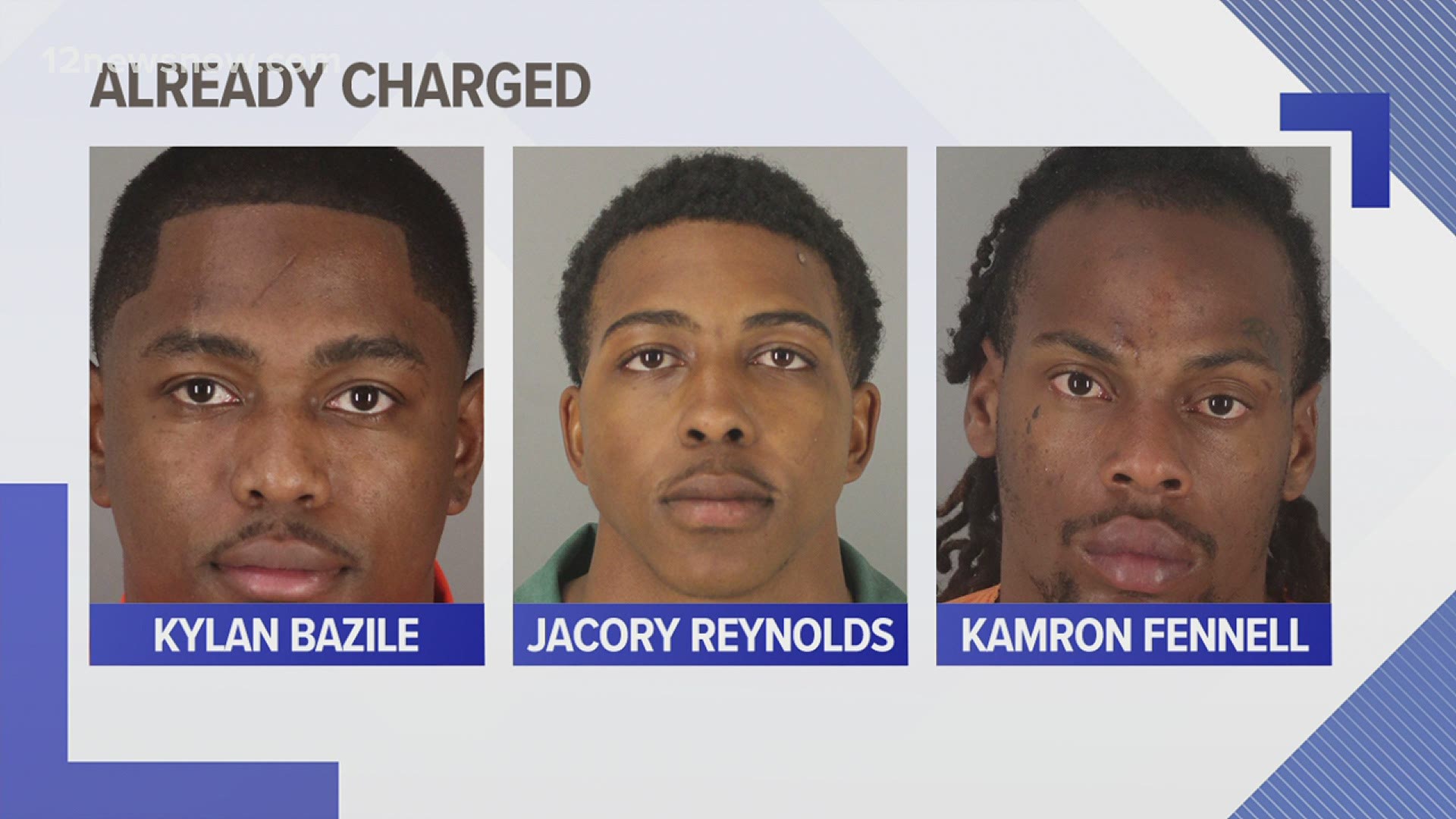 PORT ARTHUR, Texas — Two men have been indicted in the 2019 shooting death of a 23-year-old man at a Port Arthur apartment complex.

Ardajour Marea Jimmersom, 23, and Jacory Donyeal Reynolds, 23, of Port Arthur, were indicted for murder on Wednesday in the 2019 shooting death of Deshandric Clayton, 23.

Jimmersom was arrested on Monday by U.S. Marshals according to police. His bond is set at $750,000 according to jail records. Reynolds was already behind bars on a $750,000 bond when police issued him a murder warrants in connection with the homicide.

Port Arthur Police previously announced charges against the two other men and another man who was already in jail.

Kamron Tiria Fennell, 23, of Port Arthur, was arrested by and charged with murder among other charges in May, according to jail records and a previous Facebook post by Port Arthur Police.

Earlier in 2021 Kylan Bazile, 23, of Beaumont, was also charged in Clayton's death according to the same post.

Clayton was fatally shot at the Avery Trace Apartments on a Friday afternoon in October 2019 according to file stories.

When police arrived on the scene they found Clayton suffering from a single gunshot wound to his chest.

Clayton was taken to the hospital by ambulance where he later died.

Witnesses at the scene told 12News at the time that they heard several gunshots.