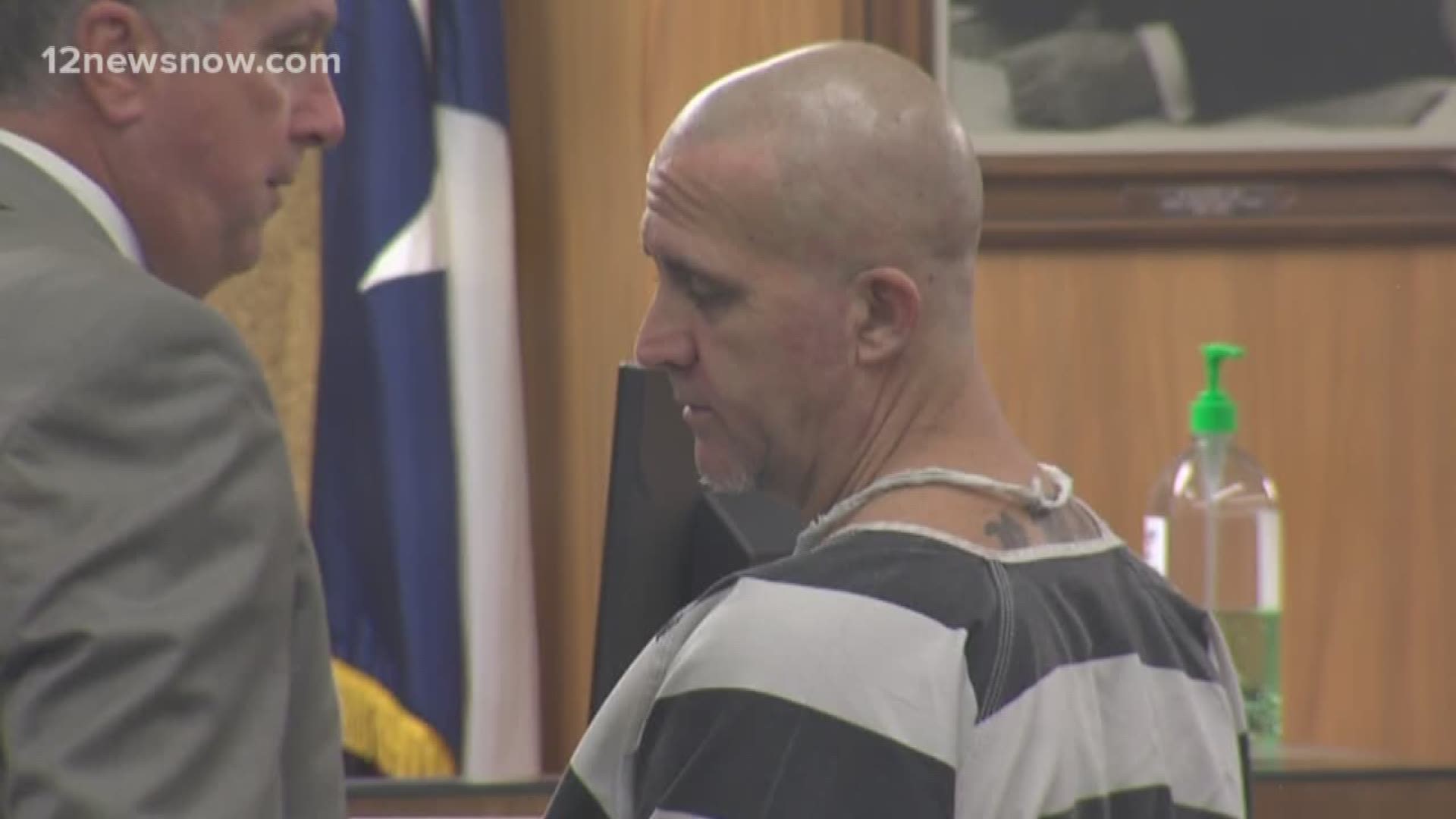 BEAUMONT, Texas — The Kentucky man who is accused of brutally attacking a Sour Lake Police officer three months ago was arraigned on Wednesday morning.

Pruitt is accused of assaulting Sour Lake officer Bill McKeon, Jr., 59, before stealing his patrol car the evening of May 27, 2019 outside of a convenience store in Sour Lake.

RELATED: What we know: Suspect in assault of Sour Lake officer held without bond for out of state charge

He was arrested the next day along Texas Highway 326 between Sour Lake and Kountze after leading police on an all-night manhunt.

McKeon suffered multiple face and head injuries and was in a coma for a week.

If found guilty, Pruitt could face five to 99 years or life in prison.

The state is still gathering evidence according to Pruitt’s attorney, Thomas Burbank. He said once they provide police reports and other records they'll decide how to proceed with the case.

"Every person has a right to be defended, that's what I'm sworn to do, but it's just the start of a process that may take a little bit," Burbank said.

Since Pruitt remains in jail, Burbank doesn't expect much delay in court proceedings. He believes they'll know fairly quickly whether they'll work out an agreement, or take the case to trial. An announcement hearing is scheduled for September 25 at which time the prosecution is expected have an update on where they’re at.

"Then we can figure out whether or not we can do it by agreement, or we have to ask the people of this county to hear the case," said Burbank.

Although the trial may come quickly, colleagues say McKeon still has a long recovery road. Sour Lake police chief Aaron Burleson said he's still rehabbing in the Houston area, but making improvements everyday. He was told McKeon's care providers are considering moving on to the next phase of his treatment soon.

Burleson was able to visit McKeon last week. He said McKeon recognized him and they talked. Burleson said McKeon's wife was thrilled to see him smile for the first time since he was hospitalized.

Burleson thinks it'll be about a year before he can be up and running again. He also shared Mckeon was nominated by the governor for the "Star of Texas Award." The award recognizes for first responders who are either killed or seriously injured in the line of duty.

There will be a rag ball tournament fundraiser benefiting McKeon on September 14 at 9 a.m. Both kid and adult teams can sign-up. For adults ages 13 and up, the cost is $150 per team, and for kids 7-12, the cost is $100 per team. It will be held at the Twin City Youth Baseball Fields.

Pruitt was previously sentenced to 11 months for resisting arrest, and two years each for two counts of assault on a police or probation officer in Kentucky.

In March 2015, Bradley Joseph Pruitt was indicted in Warren County, Kentucky, on a number of charges.

He was sentenced to two years each for the assaults on a police or probation officer, and got 11 months for resisting arrest. The other charges against Pruitt were dismissed according to the office.

All the sentences were served concurrently, leaving Pruitt behind bars for two years total according to the office.

Pruitt was also wanted by the Las Cruces, New Mexico District Attorney Office for failure to appear on 'an original case' of possession of a firearm or destructive device according to a Hardin County Sheriff's Office news release. Pruitt was originally held without bond on that out of state charge.