The driver stopped outside the Golden Nugget Casino with a flat tire. He fled and ran into a restaurant inside before officers took him into custody, police said. 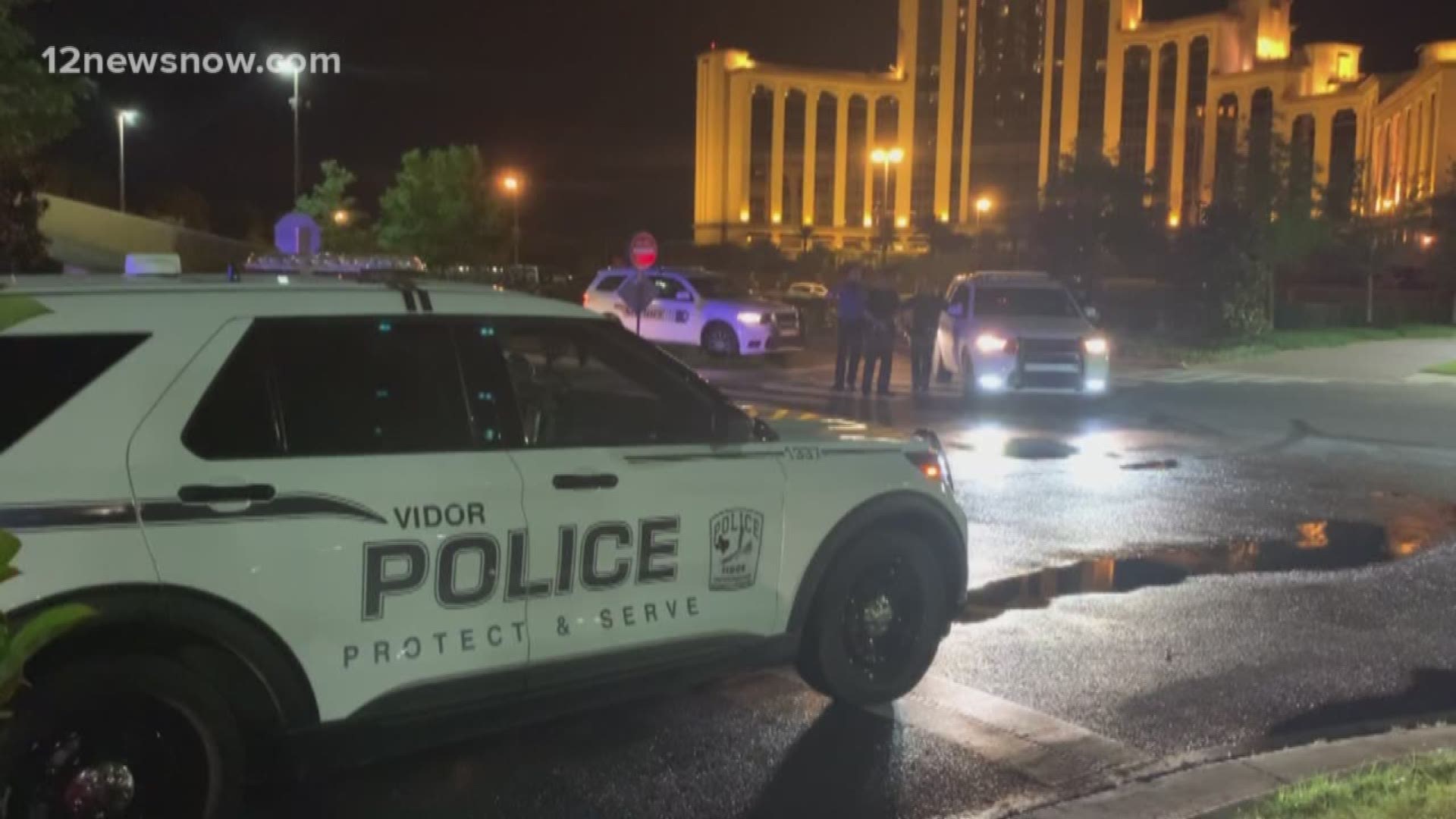 LAKE CHARLES, La. — A police chase that started on I-10 in Beaumont ended at the Golden Nugget casino in Louisiana late Sunday night.

The chase started when a Beaumont police officer who was off-duty spotted a stolen 2018 Nissan going eastbound on I-10 over the Neches River Bridge about 9:16 p.m. May 17, Vidor Police Chief Rod Carroll said in a news release.

The car was reported stolen earlier that evening during a robbery at 6:27 p.m. in the Target shopping center parking lot in the 5800 block of Eastex Freeway in Beaumont.

Vidor Police officers and Texas Department of Public Safety state troopers found the stolen car going eastbound near Highway 62, Carroll said. When officers turned on their emergency lights, the car slowed down just before taking off at high speeds.

The chase went into Louisiana where Sulphur Police and Louisiana State Patrol deployed spike strips to flatten the car's tires. The driver continued with a flat tire at a lower speed on I-10, exiting eastbound on I-210 toward the casinos, stopping outside the Golden Nugget Casino.

The driver fled and ran into a restaurant inside before officers took him into custody.

Quinton Dezoh Watts, 31, of Lafayette, Louisiana, was arrested and taken to the Calcasieu Parish Correctional Facility.